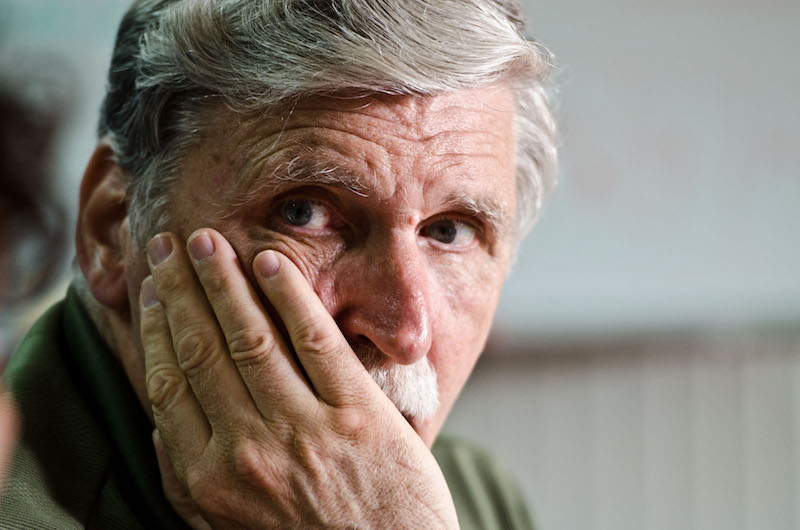 Waiting for First Light: My ongoing battle with PTSD

Responsibility to Protect (R2P), the premise that states have a responsibility to protect their populations from human rights abuses and mass atrocities, stems in part from the international community’s failure to respond to the tragedy that took place in 1994 in Rwanda. Romeo Dallaire, the now retired Lieutenant-General and appointed force commander for the United Nations Assistance Mission for Rwanda (UNAMIR), still strives to promote R2P today. His first book Shake Hands with the Devil: The Failure of Humanity in Rwanda (2004) is a testament to his commitment to R2P, it details his experience during the UN mission and what he witnessed during the months of the genocide, and critiques the international institutions that failed to intervene while atrocities occurred in 1994.

Twelve years after writing his first book, and 20 years after the end of the genocide, Dallaire’s nights are still haunted by the atrocities that took place in Rwanda. His newest book Waiting for First Light: My Ongoing Battle with PTSD chronologically guides the reader through his struggle living with the memory and the guilt throughout the two decades following the genocide. The symptoms of his PTSD change and evolve but never leave him. “…I must accept that the Rwandan genocide will never leave me, I now accept that my injury will never heal.”

Dallaire assures the reader that this book is not about Rwandan genocide, a tale he has already told in Shake Hands with the Devil, but rather about his life with PTSD, “…I have kept mostly private the effects of that injury on my mind, my body, my soul. Until now.”

The book’s epigraph is two stanzas from the Rime of the Ancient Mariner by Samuel Coleridge, a poem about a captain who lives with the guilt of being the commander of a ship that sank, and he is the sole survivor. Lines are chosen from the poem to title each chapter, denoting the phases of his mental injury. Like the Rime of the Ancient Mariner, the book takes us through years of the dark reality of Dallaire’s mental anguish.

The book begins in 1994, at the end of his mission in Rwanda. Dallaire, with a group of peacekeepers and Rwandan survivors, are going hungry and thirsty as the genocide has decimated much of the food source and the corpses thrown into the country’s wells and rivers have rendered much of the water sources undrinkable. Aware of this dire condition, a friend of Dallaire’s makes a call to the UN headquarters to relieve him of his command. On Dallaire’s first day back in Canada, he already senses that he is not the same person he was when he went to Rwanda.

From the first pages, Dallaire is blunt about his difficulty getting back to “normal” life. His damaged mental state is put into sharp contrast with how his work and family in Canada expect him to behave. He was expected to jump right back into to a heavy workload. Along with his regular work with the Canadian forces, he began giving talks about the genocide to schools, groups, and assemblies. This experience, he explains, allowed him to externalize the events he relived in his head every day, but he also retells the story of the genocide with the intensity with which he remembers it, sometimes shocking the crowd. “With eyes on fire I held up a watermelon, then pulled out the machete I had brought back from Rwanda, and savagely sliced it in two. The crowd gasped, and some cried out.”

In the first years following his return from Rwanda, he didn’t fully understand the ways in which his self-destructive actions were symptomatic of his mental injury.

One of the biggest challenges for Dallaire came in 1998, when he was asked to testify at the International Criminal Tribunal for Rwanda in Tanzania. To make matters worse, there was enormous pressure on him to deliver accurate testimony, given that he was the most senior person testifying, and one of the first UN Peacekeeping Commander to testify at this type of tribunal. “I was terribly, terribly troubled by concerns that I would fail to provide the right information…I wanted to ensure that justice was done, but I was having doubts about my ability to keep it together between the ears.”

After the trial, the symptoms of his PTSD worsened. He fell into fits of rage, avoided social engagements and interactions. His unstable behaviour began to show in his work, as he was frantically working and for very long hours in the hopes of keeping his pain at bay. His superior suggested he take a month off work.

Six months later he returned to work, but PTSD continued to affect him, and his obsessive work behaviour once again became evident to his bosses. They told him “…his injury is not getting better…” and after a 36-year career in the Canadian military, he was relieved of his duties.

Dallaire explains that after being discharged, a sense of sadness and despair overcame him, fuelled by a sense of abandonment from the Canadian Armed Forces and his PTSD. Soon after, he made an unsuccessful attempt to commit suicide, but even the near death experience was unable to shake his torment from the genocide.

In 2004, Dallaire was asked to back to Rwanda and testify against three Rwandan military commanders for genocide crimes. On his return he began working on initiatives to end such tragedies and the employment of child soldiers in the future.

Dallaire was appointed to the Senate by then Prime Minister Paul Martin and worked on veterans affairs. In 2014, he resigned from the Senate to spend his energy on the Romeo Dallaire Child Soldier Initiative.

In 2016, Dallaire is still not relieved of his PTSD. The life-long impact of PTSD on soldiers is at the forefront of this book. Treatment for soldiers with PTSD is emphasized as one of the main areas where Canadians forces need support. Waiting for First Light gives us a glimpse into the handicap that is living with PTSD. The efforts to address this injury, especially among soldiers in Canada, have a long way to go.