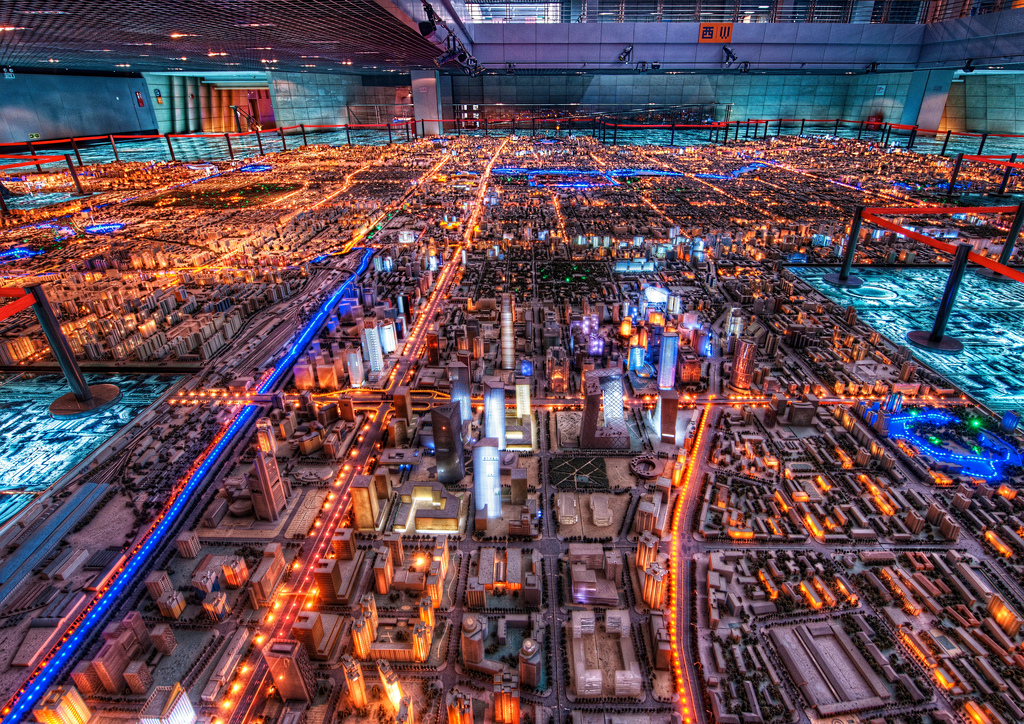 Within the context of the current slowdown of global economic growth, especially the labour market, questions of what China will look like on the other side of its economic transformation loom large. Further complicating any predictions is the speed and extent to which the rest of the world is changing as well.

The world is undergoing a fourth industrial revolution, which refers to the technological revolution in communications, automation, artificial intelligence, and its integration with, and substitution of, human labour. The Chinese economy, typically associated with being the world’s low-wage manufacturer, is now aspiring to make full use of automation and efficiency improving innovation; but can the world’s most populous nation adopt a system that threatens to shrink the labour market greatly?

A cornerstone characteristic of Chinese governments’ economic policies has been to guarantee low unemployment levels, which have hovered steadily around 4% over the last ten years alone. This contrasts starkly with the fluctuations seen in the labour markets of developed nations that react in accordance with the health of the global economy. While more recently the authenticity of these numbers has been questioned, the fact that China has been able to achieve a far more stable labour market is indisputable.

The results of these policies are visible at street level: multiple doormen at the entrance of every new residential development, massive labour intensive public projects to beautify the city every season, and millions of low-paid manufacturing jobs. What is not always visible is the extent to which the government has used its state-owned enterprises (SOE), which span every industry, to keep everyone employed.

China’s 160,000 plus SOEs have absorbed a glut of employees, well beyond actual staffing needs, dividing up tasks or assigning people to positions with little to do. While an initiative to be applauded in keeping millions employed, it has created an environment of gross inefficiency and overcapacity. These zombie enterprises have been the government’s key tool to guarantee the low unemployment numbers and, more importantly, to ensure political stability.

The government’s dedication to its employment track record is what makes its transformation to an efficient service economy with a heavy interest in automation so interesting. China’s SOEs will have to undergo serious reform to shed the excess labour that has been a pillar of its social and economic policies. The recent announcement of plans to lay off more than a million workers in the coal and steel industries has already signalled that their reform plans will displace many of those employed by zombie enterprises.

The timing of the change is certainly understandable given that a large portion of China’s population is ageing fast, with predictions that “by 2050 more than a quarter of the population will be over 65 years old.” While these age groups would certainly account for a sizeable portion of jobs eliminated by reforms at SOEs, they would not be the only ones affected.

The millions of migrant workers who are the muscle behind so many projects are not represented in unemployment figures, as they work outside their registered home province. With the switch from manufacturing and construction to services, opportunities will dwindle. They are already a hard-done-by segment of society, in that they often take the brunt of economic downturns. The issue of migrant workers being swindled out of wages by factory owners and developers has become an annual feature in the Chinese media, which could make their reaction to changes the best litmus test.

So what does China look like on the other side? In terms of achieving its goal of a service economy, the sector has grown to close to half of China’s economy. Chinese financial and tech companies are contending with their global counterparts. What is not clear is how far the economy can be transformed or how efficient things can become. When it comes to the Fourth Industrial Revolution, the promise of economic progress is bright, but the prospect of alienation and inequality is grave. Academics are already warning that future innovations in robotics have the potential to replace countless numbers of low-skilled jobs, and further exasperate the wealth gap.

Despite the risks, the government plans to steam ahead. The first robotics conference was held in December of last year, featuring both international companies as well as domestic. The government expressed that the implementation of robotics, especially in the manufacturing sector, is a priority. The extent to which China will implement automation remains the big question. According to the International Federation of Robotics, estimates are “that China will account for more than a third of all industrial robots installed worldwide by 2018.” With companies already jockeying to develop solutions to reduce the demand for labour, it may be hard to slow the growth and impact of the industry.

A quick review of Chinese history will show that peasant rebellions brought on by economic inequality toppled a great number of previous dynasties. With other less-populous developed nations grappling with the problem of evolving with innovation while maintaining order, it looks like a high bar for China to jump so soon after its marathon growth, from which the dust and debris is still settling.

The government has proven through its program of mass employment at SOEs that it is willing and able to compromise in the name of social stability; but with market forces increasingly driving policy, will it be able to continue the trend?