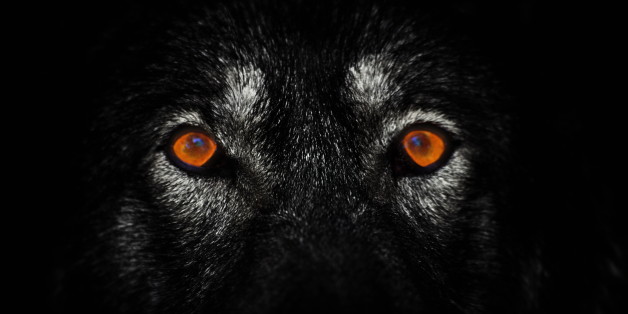 Lone wolf terrorism (LWT) is not a novel security threat. The phenomenon was identified in the 2015 Global Terrorism Index report as the primary form of terrorist attacks on Western countries. However, one important distinction of LWT attacks of the past was that they were committed by individuals acting alone, without the support of a terrorist organization. These attacks may have been indirectly attributable to extremist groups’ calls for general global jihad, but they were on a smaller scale, not as widely publicized, and rarely “claimed” by an organization.

Internet proliferation has contributed to the rise of LWT, particularly by permitting linkages on a global scale. However, the rise of ISIS exacerbated this trend to a higher degree than ever before. The Islamic State is considerably more invested in and adept at using new media to project its message and grow its network. Its digital magazine series, Dabiq, represents a revolution in media strategy for terrorist organizations, and its value to these groups shouldn’t be underestimated. The most salient organized terrorist threat today has capitalized on social and other new media tools, and this contributes to the prevalence of LWT in more than the commonly expected way.

The demographic of ISIS jihadists is disproportionately in the younger age range, and the perpetrators of the most visible LWT attacks fall into that same category. The steady growth of an online community has provided resources and made possible LWT attacks of greater scale and significance than ever before.

Arguably, the same brand of earlier attacks were of smaller scale because they were executed by individuals without access to this network’s resources. Lone wolf attacks typically had single-digit fatality levels prior to the rise of ISIS. The tools provided by greater social media access allow for planning and other transfer of resources that have resulted in LWT attacks on a much larger scale, with more devastating impact in Western countries and NATO member states than ever before, like the recent attacks in Brussels, Paris, and Ankara. It can be said that these attacks have evolved from those of a lone wolf to wolf “packs.”

But the even greater impact of social and new media, distinct from LWT’s past, is that it has allowed terrorist networks, and ISIS in particular, to appropriate specific attacks that have shocked and devastated Western nations for their own narrative. Instead of claiming only a vague or general global jihad, ISIS and al-Qaeda have taken ownership of the Charlie Hebdo and November 2015 attacks in Paris, as well as the recent attacks in Brussels and San Bernardino, among others.

Although the attacks ISIS claims ex post facto can often only be confirmed as “linked” to the organization, the relative “success” of terrorism relies both on its immediate victims and on the psychological impact it has on a nation. Claiming widely publicized and sensationalized attacks only serves to enhance the legitimacy of ISIS’ proclaimed war on the West.

This dynamic of independently planned and collectively claimed attacks has increasingly blurred the line between LWT and centrally planned attacks. Some even claim that the lone-wolf threat is over, as an era of multi-jurisdictional planned carnage begins. Yet this phenomenon may be better characterized as an evolution of LWT; as a recent Institute for the Study of War report notes:

ISIS supporters note that when friends of lone wolves realize the attacks are successful…[they] support his cause, too. This is when lone wolves shift from individuals to small groups of individuals…As soon as would-be attackers coalesce into even very small cells, they cease to be “lone wolves” and become part of an organization…If isolated lone wolves do begin to coalesce into cellular networks, then the threat they pose to the West could expand dramatically.

The result is a self-perpetuating and self-reinforcing threat. It allows terrorist networks to maintain the claim of “winning” their war against the West. The network becomes continuously more attractive to the disillusioned individuals prone to its extremism. The young demographic disproportionately represented means this vicious cycle represents an exacerbated and enduring version of the LWT threat.

It also underscores the typical difficulties NATO and the West face in fighting lone wolf terrorism. The hard power responses in NATO’s collective defense purview are insufficient without a viable base of local support in Iraq or Syria. This type of response risks reinforcing the rhetoric ISIS uses to galvanize and recruit. The counterterrorism efforts that have proven most successful are more difficult to apply to “wolf pack” terrorism. With greater resources, these perpetrators are difficult to uncover and intercept prior to an attack. The result is a static capacity for responding, an increased lone wolf threat, and a greater overall sense of insecurity.