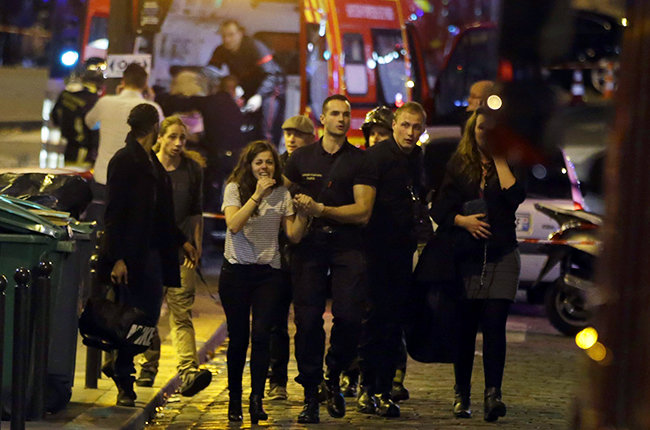 Following the November 13 attacks in Paris and the recent downing of a Russian airliner over Egypt’s Sinai province, many terrorism analysts are left wondering if ISIS is shifting its strategy.

When ISIS burst onto the scene in the summer of 2013, it surprised observers with its focus on capturing and holding territory in Iraq and Syria. ISIS’ objective of creating a “caliphate”, a term used to denote a political entity governed by Islamic law, was seen as a marked shift away from the traditional strategies pursued by Islamist militant groups.

ISIS’ jihadist predecessors largely based their operations on the “vanguard model,” a core group of trained, ideologically committed members designed to strike with precision against select, symbolic targets. This operational strategy has been employed over the last century by groups in Egypt, Saudi Arabia, Israel and the Palestinian territories, and across the Middle East.

These organizations have sought to terrorize targets and broadcast political goals through coordinated and seemingly random acts of violence. Most famously, the September 11 attacks were designed to provoke retaliatory responses, polarize communities, and project al-Qaeda’s radical ideology to a wider audience.

It has also been rare for Islamist groups to actually govern territory, preferring instead to destabilize existing governments rather than assuming the burdens of governing. As a result, the “vanguard model” has attracted adherents from Islamist militants ranging from Chechnya to Indonesia.

It is for this reason why ISIS’ combination of international media sensationalism, governing ambitions, and disregard for national borders in the interests of building a purely “Islamic” state has been regarded as revolutionary by many analysts.

However, the recent attacks on French and Russian targets suggest an even more fundamental shift in ISIS’ strategy. While ISIS has certainly used terror and violence as a tool to attract attention and spread its message, it has thus far done so by publicizing gruesome acts in Iraq and Syria on the Internet, not by attacking foreign targets. When attacks outside the main base of operations in Iraq and Syria have been urged, they have been designed to foment religious animosity and create sectarian divisions, the very conditions that have allowed for ISIS’ rapid rise in the regions it controls.

ISIS has justified these most recent actions as retaliation for Russian and French airstrikes against its positions in Iraq and Syria. In a statement after the downing of Metrojet flight 9268, which was claimed by its Egyptian affiliate, Sinai Province, ISIS promised to attack Russia “very soon.”  A similarly threatening statement was released following the Paris attacks, warning that the “smell of death will never leave…[French] noses as long as they lead the convoy of the Crusader campaign, and dare to curse our Prophet,” adding: “This attack is the first of the storm and a warning to those who wish to learn.”

These retaliatory attacks appear to be an attempt by ISIS to get foreign powers to rethink the costs and benefits of striking the caliphate, attempting to make their actions abroad felt at home. Whereas al-Qaeda’s ultimate goal with the 9/11 attacks was to suck the United States into a quagmire and, through prolonged conflict, break its political will for a continued military and political presence in the Middle East, ISIS’ goal appears to be different.

As some analysts have noted, the absence of a strong Western military presence in the region, for better or worse, has allowed for ISIS’ rapid expansion. Thus, it is unlikely that ISIS is attempting to provoke a larger military response. More likely, it is trying to discourage military action altogether, which would provide leeway for proceeding with the development and expansion of the caliphate.

As terrorism analyst Will McCants argues, with the possible exception of the Taliban, “no modern jihadist statelet has provoked international intervention and survived.” ISIS, whose leaders have demonstrated an aptitude for learning from the mistakes of their forefathers, is unlikely to welcome full-scale military responses like the ones that decimated its predecessor, al-Qaeda in Iraq, and dismantled much of al-Qaeda’s leadership in Afghanistan.

While the attacks in Egypt and France seem to mark a significant change in ISIS’ strategy, they do not represent a change in the group’s ultimate goal. The retaliatory strikes against France and Russia are likely an attempt to advance state-building ambitions, rather than abandoning them in favour of al-Qaeda’s “vanguard model”.

This strategic shift poses significant risks for the group, however, as the Paris attacks open up the possibility of a significant French or even NATO military response. Even so, ISIS has effectively thrown down the gauntlet to Western powers contemplating a vigorous retort: “Are military operations against us really worth it?”