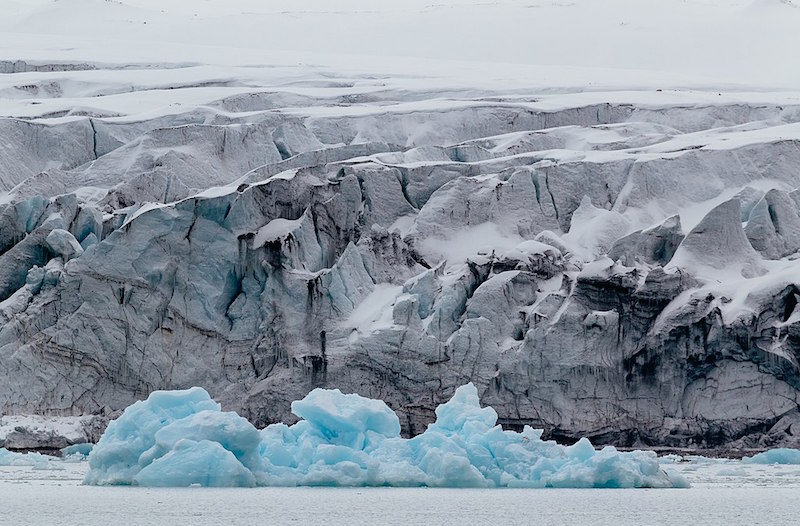 Comments voiced by top Norwegian political and military figures over the past few months have highlighted growing concerns over Russian naval activity in international waters close to Norway. These developments reflect the re-emergence of the North Atlantic and surrounding seas as a key area of strategic consideration for Norway and NATO allies. Increased Russian activity in the Arctic is not unusual, nor does it suggest impending conflict, but it does pose interesting challenges for Norwegian and NATO security in the High North. An area worthy of further consideration is the Svalbard Archipelago, a series of islands located midway between the northernmost part of Norway and the North Pole, whose unique legal status make it a potential flashpoint amid frosty relations between Russia and the West.

Why Svalbard?
The Svalbard Archipelago derives its unique legal status from the Svalbard Treaty of 1920, which confirms Norwegian sovereignty over Svalbard, but also guarantees full access for any of its 46 signatory nations to fish, hunt, and establish commercial enterprises on the islands. The Treaty also allows the citizens of signatory nations the right to live and work in Svalbard. As a result, a sizeable portion of the population of Svalbard is Russian. Russia also subsidizes unprofitable coal mines on the islands as a way of maintaining a strategic presence in an area where sovereignty is not self-evident and where the physical presence of people and industry takes on a geopolitical significance.

The preamble of the Treaty establishes Svalbard as a demilitarized zone by affirming the “peaceful utilization” of the islands. Additionally, Article 9 stipulates that Norway will not undertake or allow “the establishment of any naval base in the territories… and not to construct any fortification in the said territories, which may be used for warlike purposes.” This brief and noticeably ambiguous legal basis for the demilitarization of Svalbard has elicited differing interpretations from Norway and Russia. Norway does not view it as an absolute prohibition on military activity but rather as a general prohibition on using Svalbard for “warlike” purposes and a specific prohibition on naval bases or fortifications while Russia interprets the Treaty to mean the absolute demilitarization of Svalbard.

When the Svalbard Treaty established Norwegian sovereignty over the archipelago in 1920, the unique legal status of the islands was also given to the territorial waters extending three miles from the shoreline. With the newer United Nations Convention on the Law of the Sea (UNCLOS), Norway feels that the extension of territorial waters under UNCLOS should be dealt with outside the Svalbard Treaty, giving Norway exclusive legal control over the waters, which conveniently hold significant oil and gas potential. Many countries, including Russia, disagree with Norway’s position and argue instead that the Treaty should govern the extended maritime areas off the coast of Svalbard.

Overall, the Svalbard Treaty poses an interesting dilemma for policymakers because it allows other countries, most notably Russia, the opportunity to establish a strategic foothold on the islands and because it does not clearly stipulate the extent to which the archipelago should be demilitarized, nor was it drafted with any consideration of the complex challenges which exist today due to climate change and technological advancement.

Russia’s Interest in Svalbard
Compounding the governance challenges inherent in the Svalbard Treaty is the strategic and geopolitical importance of Svalbard itself. Russia’s military build-up in the Arctic is well-documented and mostly aimed at rebuilding its capabilities in a key region following years of post-Cold War neglect. Nevertheless, from a broader strategic perspective Russia has a clear interest in limiting the presence and expansion of NATO.

Many important Russian military facilities and installations in the north-west of the country are in relative proximity to Svalbard, and Russian ships travelling from its various naval bases in the area must transit waters near Svalbard to reach the Atlantic Ocean. In 2017, Russia opened a military base in Franz Josef Land, the archipelago nearest to Svalbard. As mentioned, Russia has significantly increased its military activity in the North Atlantic to levels not seen since the Soviet era. Its military capabilities in the region, particularly its massive fleet of icebreakers, outclass those of any other Arctic nation. These factors are clearly an indication of the level of strategic importance Russia attaches to the Arctic.

Areas of Friction
Given the circumstances, it is not surprising that areas of friction have developed between Russia and Norway, particularly in the wake of the Russian annexation of Crimea in 2014. Russia voiced protests when Norway issued petroleum exploration licenses off the coast of Svalbard in January 2015, arguing that Norway had no exclusive right under the Treaty to explore in these zones. Russia has also made the argument that Norway has constructed military installations on the archipelago, arguing, for example, that radar stations on the islands can be used to track Russian ballistic missiles.

The dispute intensified in April 2015 when Russian Deputy Prime Minister Dmitry Rogozin made the deliberate and calculated move to defy the EU travel ban on Russian officials by visiting the island. Rogozin, who is on an EU sanction list, is not able to visit Norway but was able to visit Svalbard because of the visa-free access stipulated in the Treaty. In April 2016, Russia used Svalbard as a transit point on route to the North Pole for a training exercise in which paratroopers landed on ice floes to the North, and in 2017, the NATO Parliamentary Assembly held a meeting in Longyearbyen, Svalbard, a move Russia protested as contradicting the commitment to demilitarization outlined in the 1920 Treaty.

Svalbard is, therefore, a potential geopolitical flashpoint for two reasons. One, the existence, or at least promise, of vast amounts of resources in an area with disputed waters off the coast of an archipelago with murky sovereignty and a sizeable Russian population is a clear for conflict. Second, the value of Svalbard vis-à-vis the Russia-NATO divide as well as the unique circumstances of the archipelago which require that it be demilitarized set the stage for posturing and the ratcheting up of tensions.

From Flashpoint to Conflict?
The Arctic is a likely theatre of any hypothetical military conflict between Russia and the West because of Russia’s military presence in the region as well as the area’s undiscovered resource potential. In 2010, the Russian security scholar Marcel de Haas made the argument that Russia is likely to become assertive in international affairs due to demographic factors like a shrinking population, rampant socio-economic problems, a dependence on energy prices, and a consequent need to shore up domestic support. His prediction has already been borne out in places like Ukraine and Syria.

With regards to Svalbard, Russia might make a calculation that the strategic, economic, and domestic-level benefits of aggressive action outweigh the potential costs by presenting Norway, and consequently NATO, with a fait accompli which, to counter, would require the projection of power across a vast body of water. One scenario envisioned by military strategists is that Russia seizes the archipelago militarily to bolster its post-conflict claim to Svalbard territory and waters and renegotiate the Treaty. Given Russia’s overwhelming military superiority in the Arctic and its ability to deploy rapidly, it would possess the tactical advantage in such a conflagration. Doomsday scenarios of open conflict between NATO and Russia remain a distant probability; indeed, Russia remains a generally cooperative and peaceful actor in the Arctic region. Nevertheless, it is the job of military planners to contemplate and be prepared for such contingencies.

The potential for diplomatic confrontation and the continued ratcheting up of tensions is a more realistic scenario. Historically, Russia and Norway have been content with the status quo while voicing the occasional protest in the interest of maintaining future legal claims. This dynamic is unravelling as the existing framework under the 1920 Treaty appears unable to manage the changing political and environmental circumstances of the area. In this light, it is likely that the confusion and disputes between Norway and Russia over the status of Svalbard will continue. NATO allies, therefore, would be wise to keep a watch on developments around the Svalbard Archipelago as they seek to grapple with the growing military presence of Russia in the North Atlantic and Arctic regions.