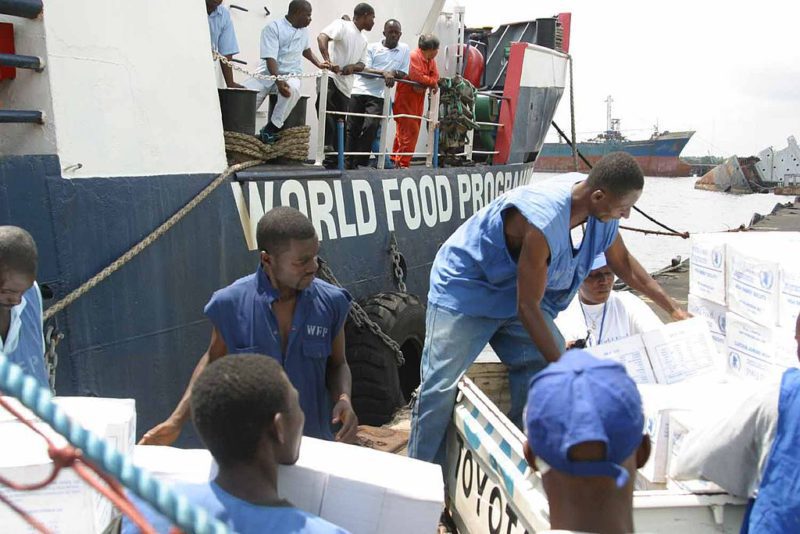 In 2016, the United Nations Office for the Coordination of Humanitarian Affairs (OCHA) reported 13.5 million Syrians in need of humanitarian assistance. Millions of innocent victims are fleeing what has become a region of immense political instability, destabilization, violence, war, and persecution. Immediate life-saving aid such as food, water, sanitation, and health care are desperately needed by millions of Syrians in various regions. Millions are also in need of shelter, household goods and education support. According to the International Federation of the Red Cross and Red Crescent Societies (IFRC), Syria has been identified as one of the most dangerous areas for humanitarian aid response in the world today.

On Monday September 19, an airstrike on a United Nations aid convoy and on a Red Crescent warehouse in Aleppo left a confirmed 12 Red Crescent workers dead and many others seriously wounded. United Nations Humanitarian Chief, Stephen O’Brien, confirmed Syrian Arab Red Crescent (SARC) volunteers among those killed or seriously injured. The aid convoy was said to be delivering vital humanitarian aid such as food and medical supplies to 78,000 people in the town of Uram al-Kubra, west of Aleppo in northern Syria. As a result of the attack, the UN has been forced to temporarily suspend aid convoy deliveries to Syria in order to allow a review of security proceedings.

Humanitarian aid workers are exposed to countless security threats while working in some of the worlds most dangerous and unstable areas. The Aid Worker Security Database (AWSD) identified in a 2016 report that kidnapping, fatalities and wounded casualties are the main threats targeting overseas aid workers. The very nature of providing humanitarian aid work involves placing oneself in areas of political instability, armed conflict zones or disaster relief areas. Many may assume working conditions for aid workers to be safe, confined, isolated, bordered and protected within armed security, but often times this is not the case. Instead of avoiding what can be described as danger zones, aid workers and convoys seek them out and are often stationed extremely close to affected areas. Simply traveling to an affected area presents significant safety concerns as many attacks on aid workers occur while travelling to affected areas.

In February 2016, Prime Minister Justin Trudeau spoke about Canada’s new emerging role in International Development. Trudeau affirmed Canada’s increased role in providing development assistance to some of the world’s poorest and most fragile and vulnerable states. The Prime Minister believes this not only generates a stronger international community by working towards the prevention and management of threats affecting nations globally, but also reflects the culture and values of Canada towards assisting humanity in crisis situations. On Monday, September 19, 2016, Trudeau spoke at a United Nations Conference reaffirming Canada’s commitment to providing humanitarian aid in response to the conflict in Syria. In what can be described as an extremely patriotic speech depicting Canada as a nation devoted to peacekeeping and humanitarian relief, the Prime Minster did not address concerns associated with the safety of overseas aid workers.

Responding to global conflicts and humanitarian crises is an integral part of NATO’s security and crisis management intervention. In addition to military intervention, NATO’s response to global conflicts are based on establishing peace, sustainability, deterrence, and conflict prevention. From a global perspective, providing humanitarian aid can assist in establishing the rule of law, holding individuals accountable for war crimes and injustices, and assist in deterring unjust regimes. A humanitarian crisis has inevitable repercussions such as increased asylum seekers, domestic security threats, and economic fluctuations, again, depending on the type of crisis taking place.

Although we must continue to send humanitarian aid to maintain Canada’s global ties and its partnerships with international organizations, there are ways in which these missions can be made safer. By establishing clear security proceedings, alternative transportation methods and mission coordination involving emergency response protocols, some risks can be mitigated. It is critical that aid workers be aware of and able to deal accordingly with unexpected circumstances that may cause delays in the distribution of humanitarian aid. The attacks on a humanitarian convoy, even after the imposition of a ceasefire, demonstrates the instability of working conditions for aid workers. A stronger, more effective body of legislation and procedures is required to protect overseas aid workers from the threats generated by global conflicts.

Canada should continue to send humanitarian aid in dangerous settings to promote international peace, security, deterrence and conflict prevention. It reflects the commitment Canada shares to providing assistance to those displaced by conflicts and circumstances beyond a citizens control, whether as a result of extremism, radicalization, or other causes. Having said that, aid workers should not become vulnerable targets while working overseas.

Photo: The Martin, a World Food Programme ship unloads pallets of high energy biscuits at the Freeport of Monrovia on Bushrod Island in Liberia on August 15, 2003 as U.S. Marines from 26th Marine Expeditionary Unit (Special Operations Capable) secure the area during the Second Liberian Civil War.
“The WFP unloads humanitarian aid at the Freeport of Monrovia during Joint Task Force Liberia.” (2003), by US Marines via Wikimedia Commons. Public Domain.