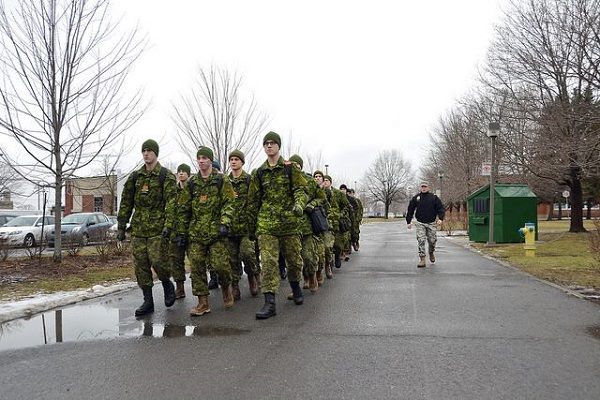 Canada’s Defence Minister Harjit Sajjan announced in May plans to once again grant university-level degrees at Quebec’s Saint-Jean Royal Military College (RMC). RMC Saint-Jean is located 40 kilometers south of Montreal. The college is responsible for the smooth transition of Cadets from Quebec high schools to university education by providing pre-university courses. The move will highlight Canada’s bilingual character by increasing the number of French-speaking officers.

Established in 1952, the objective of the college was to offer French-language education to cadets. In 1995, the Chrétien government revoked the college’s university status to eliminate the federal deficit. Since then, francophone cadets dropped by half. The Harper government reinstated the status of the college as part of Quebec’s CEGEP network of pre-universities in 2008. Prior to the announcement, the only military university in the country to grant degrees was the Royal Military College of Canada in Kingston, Ontario.

Sajjan made the announcement during Question Period on Parliament Hill by responding to a question from Liberal MP for Saint-Jean, Jean Rioux  “Today, I have the honor of announcing my intention to return the Royal Military College in Saint-Jean to full university status.” Sajjan went on to say, “It is a good day for bilingualism in Canada and the Canadian Armed Forces. I look forward to working with the Province of Quebec to make this happen.” Sajjan described the goal of restoring university status would be to help train and educate francophones as officers in the Canadian military.

From a military perspective, the change of status for RMC Saint-Jean may offer the Canadian Armed Forces (CAF) more flexibility when operating in French-speaking Sub-Saharan Africa. Currently, out of three ongoing Canadian peace-keeping and stabilization operations in Africa, two are in the Francophone area. Operation CROCODILE is the CAF’s contribution to the ongoing stabilization mission in French-speaking Democratic Republic of the Congo under United Nations Organization Stabilization Mission in the Democratic Republic of the Congo (MONUSCO). As for Operation FREQUENCE, the CAF provides strategic airlift support to transport French military equipment and personnel between France and the Sahel region. As such, although the CF, French and Francophone African forces are already quite interoperable, a greater number of Francophone officers within the CAF will further enhance this interoperability during multinational operations in French-speaking African countries.

Moreover, this enhanced interoperability will be crucial in the future as the CF might be called upon more frequently to contribute to more challenging stabilization operations in Francophone Sub-Saharan Africa due to the region’s increasing volatility resulting from demographic growth. Indeed, of 2.4 billion people projected to be added to the global population between 2015 and 2050, Africa will host 1.3 billion people making it the continent with the highest population growth. A significant portion of the demographic increase in Africa will occur in countries where French is an official language.

Although it might be a demographic dividend, such a youth bulge may be a time bomb if economic opportunities remain scarce thus making it a potential hotbed for radical ideologies. In such a situation, any local unrest might have important ramifications for international security given the increased size of the future population in Francophone Sub-Saharan Africa.

Furthermore, since French is one of NATO’s two official languages, a bigger share of Canadian Francophone officers might make the CAF an even better intermediary between the US and European NATO members and most notably France, one of Europe’s major military powers.

When asked when the college would resume granting degrees, Sajjan’s press secretary Jordan Owens said, “We have administrative steps to take on our side, and the Quebec government will need to pass the legislation that will give the institution degree-granting status.” Owens went on to say, “It’s really important to our government that we recognize Canada’s bilingual heritage and for francophones to have the opportunity to obtain an education in a French-speaking environment”. Although it will take a little time before the college will resume granting degrees, it is a step towards fostering further  bilingualism in the CAF.