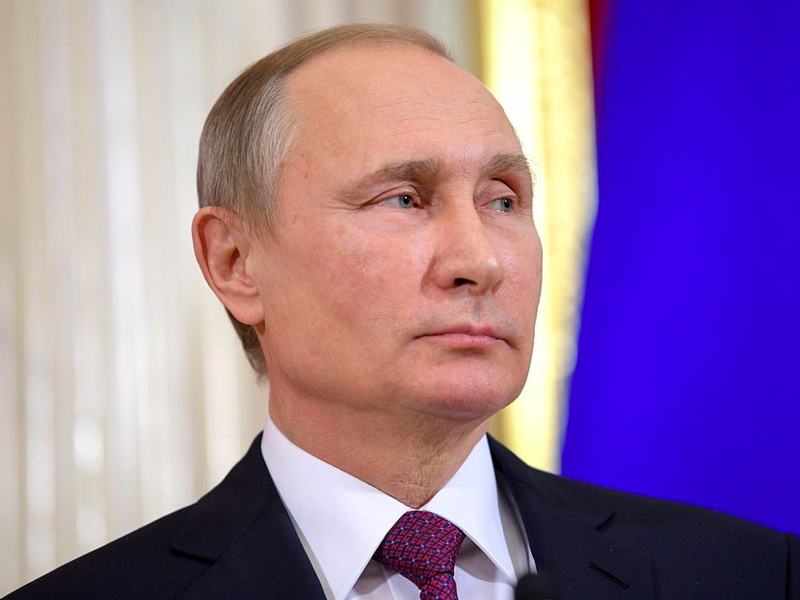 Between June 25 and July 1, 2020, Russia held a national, week-long referendum about changing its constitution, in which 77.92% of voters apparently supported the proposed changes, and only 21.27% opposed them. There were a plethora of amendments to the constitution — 46 to be exact, laid out in 64 pages — touching on subjects including presidential term limits, “family values”, the entrenchment of contested territories, and the predominant policy of sovereignty over international law. Political opposition within Russia, opposition in exile, human rights groups, and various foreign governments have contested and condemned the referendum due to its controversial changes, contentious campaigning, questionable democratic proceedings, and its perilous impacts.

President Vladimir Putin, on behalf of the Russian government, tried to justify these amendments on the grounds that “modern” Russia is still taking shape and is still very vulnerable to many threats, and that therefore, it needed the constitutional amendments for the “improvement of the political system, namely, “[…]strengthening of [Russian] sovereignty, territorial integrity and spiritual, historical and moral values that link generations”.

The changes to the constitution created an exclusion for President Putin’s previous four terms as President — not including one term as Prime Minister between those four terms — currently amounting to 20 years in power. This extends President Putin’s potential to rule until 2036, which, if he serves that long, would amount to approximately 36 years in power. Add to this the fact that Russia’s democratic score — as measured by The Economist — has been steadily decreasing from a “hybrid regime” (2006) to an “authoritarian regime” (2018), even rivalling Afghanistan’s democratic score. Moreover, the changes grant new presidential powers to Putin, giving him the ability to, “direct the general work of the government,” appoint a prime minister without legislative rejection or cabinet shuffle, have individual cabinet members directly report to the president, and replace justices in the constitutional and supreme courts.

The new constitution will also require candidates for high-profile roles — such as president, minister, judge, or regional governor — to not have any past, current, or potential foreign citizenship or permit of residence in foreign countries. Presidential candidates will also have to fulfill minimal residency requirements of 25 years, instead of 10 years. This largely coincides with the invalidation of any future political opposition, such as Alexei Navalny (leader of the Anti-Corruption Foundation), who has been previously harassed and wrongly imprisoned, as reported by the European Court of Human Rights. In fact, Alexei Navalny was recently poisoned by a nerve agent called “Novichok,” the same nerve agent associated with the poisoning of Sergei and Yulia Skripal.

With regards to international affairs, Russia assigned its constitution to supersede international law — meaning that Russia will deem illegitimate any court decisions made outside of the Russian Federation if they do not align with the constitution. Moreover, the changes authorize the Russian government to exercise “protection of compatriots,” which could encourage the Russian government to justify its more irredentist foreign policy. On this note, the constitution now also entrenches annexed Crimea and the disputed Kuril Islands as the territory of Russia.

The constitutional changes also emphasize the importance of “traditional” or “family” values and faith in God. The revised constitution now dictates that marriage is solely a union between a man and a woman, following the government’s controversial policy on banning the “dissemination of gay propaganda” among young Russians, which has been used to harass LGBTQ+ rights activists and condemned by the European Court of Human Rights. The constitutional change is yet another example of Russia’s poor relationship with its LGBTQ+ community — following the occurrence of Chechen police carrying out “unlawful detentions, beatings, and humiliation of men they presumed to be gay or bisexual”.

Although Russian laws already ban same-sex couples from adoption, the campaign for constitutional amendments included an offensive advertisement on state-media channels on this subject. One particular commercial shows a same-sex couple adopting a boy from an orphanage, with one partner indicating a dress which would be worn by the boy. It shows the boy crying (not wanting to be with this couple), the social workers being disgusted and shocked with this adoption, and a message at the end stating “Is what you want for a future Russia? Vote in favour of the constitutional amendments”. Additionally, Russia moves further away from secularism as it now mentions the importance of “ideals and faith in God” that allegedly unite Russians. Hence, amendments did not include sexual orientation, gender, racial discrimination, minority, or religious rights. Although amendments also include other “cultural” aspects, such as the entrenchment of patriotic education for youth and maternal benefits, they do not address the longstanding issue of gender-based and domestic violence in Russia. Lastly, the government entrenched Russian as the “language of the nation’s people,” and although the amendments give language rights to special republics, additional languages are given secondary status.

Although Russian law did not require a referendum in order to make constitutional changes, they were politically necessary for President Putin’s administration to seem legitimate. Nonetheless, the procedure of the referendum and its campaign was largely questioned by various governments and organizations, as it did not invite any international observers and was carried out during a pandemic (especially for a country with the fourth-largest number of cases in the world). Lumping together many complicated changes also allowed for the administration to better conceal the changes to presidential term limits behind patriotism and family values. Besides the controversial ads run on state channels, the Russian government also held a postponed Victory Day parade on June 24th, days before the referendum, to rally support for the “necessary” changes. The seven-day period for the referendum between June 25 and July 1 was ostensibly chosen in order to “avoid health risks to citizens” caused by COVID-19 — determined by an executive order by President Putin — but it was more likely a motion to rally positive votes, as it still endangered the population.

Altogether, the new changes to the Russian constitution entrench the policies of the current administration. They grant more power and time to its current president, Vladimir Putin, and galvanize his support base with the promotion of religion, “traditional family values”, the rejection of the LGBTQ+ community, patriotism, historic legitimacy, Russia’s claims over the Kuril Islands and Crimea, and its disregard for international law. These amendments will not change Russian policy but will provide the constitutional justification for its current actions.