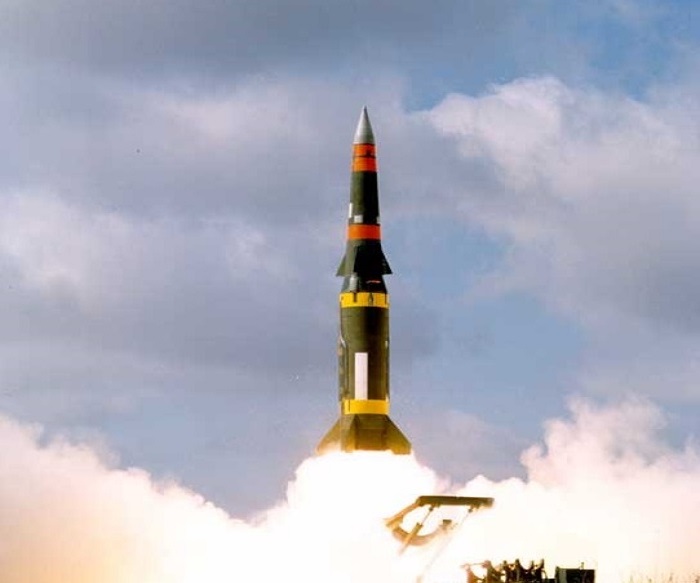 There were two occasions during the Cold War when a nuclear conflict between NATO and the Warsaw Pact appeared most imminent. The first incident, the Cuban Missile Crisis of October 1962, is relatively well known thanks to its dramatization in numerous Hollywood films like Matinee (1993) and Thirteen Days (2002). The second episode, which took place during the 1983 NATO command and control exercise codenamed, “Able Archer,” is less widely known, but it was no less serious.

Able Archer was the final sequence of a series of NATO military exercises held in Western Europe during the autumn of 1983, codenamed “Autumn Forge,” which involved one hundred thousand Allied troops drawn from across the Alliance, including American units flown in from the United States. It simulated NATO’s escalation of hostilities in response to a Warsaw Pact invasion of Western Europe. From November 2nd to 11th, Able Archer tested the Allies’ ability to transition from the use of conventional forces, to tactical nuclear weapons, to ICBMs against the Soviet homeland, in order to halt the invasion.

The realistic nature of the exercise, which was being monitored by Soviet KGB residencies in European capitals, and by the GRU (Soviet military intelligence), caused the Soviet leadership in Moscow considerable consternation. General Secretary Yuri Andropov and several high-ranking Soviet military and intelligence officials suspected that Able Archer might not be an exercise at all, but rather a ruse designed by NATO to disguise a nuclear first strike against the Soviet Union. The Allies had held NATO-wide military exercises before. Why it caused such alarm among the Soviets in 1983 had much to do with the unique circumstances of the time.

Both NATO and the Warsaw Pact based their security on the theory of Mutually Assured Destruction (MAD). In essence, MAD is a psychological strategy. It involves persuading the enemy that it would be suicidal to launch a nuclear first strike by making it certain that one would be annihilated by a retaliatory second strike. If the enemy is convinced that it would be destroyed even after successfully launching a first strike, the temptation to contemplate one is removed.

Unfortunately, the credibility of the threat of a second strike hinges rather tenuously on the survival of one’s command and control structure. If the enemy state believes that the leadership authorized to launch a second strike can be successfully eliminated in a first strike – ‘decapitating’ the command – it might be tantalized by the thought that a pre-emptive strike stands a chance of going unanswered with retaliation; no one will be left alive to order it.

In the autumn of 1983, the Soviets suspected NATO of having just such a temptation. A number of developments in the early 1980s lent credence to the Soviet hunch. First, the election of Ronald Reagan gave the Soviet leadership unease. Reagan was personally committed to disarmament, and often wrote to his Soviet counterparts in a spirit of peacemaking, even if his hawkish and unflattering public rhetoric directed at the Soviet Union – for instance, describing it as an “evil empire” – sent mixed signals to its leaders. Second, the American introduction of the Pershing II intermediate-range ballistic missile and the Gryphon cruise missile to bases in West Germany had the effect of undermining MAD. The Pershing II, the Soviets estimated, had a range of 2500 km and the ability to strike within 30 meters of a selected target – long and precise enough for it to reach the Soviet leadership in Moscow command and control bunkers in only eight minutes. This could potentially persuade Reagan, so the Soviets thought, that a decapitation strike was possible, making it more likely he would launch one. That the missiles were introduced to bases in Germany in the same month Able Archer was conducted gave more plausibility to the theory that the exercise was really a smokescreen for a NATO first strike. Third, in 1981, the Soviet leadership commenced, “Operation RYaN,” a massive multi-agency intelligence effort designed to detect signs of what was presumed to be an inevitable first strike from NATO; this effort to find intelligence to corroborate the faulty assumption quite possibly stoked the leadership’s paranoia through the power of suggestion. Finally, the mounting domestic problems of the Soviet bloc in the 1980s made its leaders more concerned for their own security and sensitive to possible American and Allied exploitation of their precarious position.

In November 1983, as Soviet signals intelligence intercepted NATO communications simulating the authorization of the use of nuclear weapons against targets in the Soviet Union, more and more Soviet nuclear forces were placed on hair-trigger alert. The very short time that it would take for a Pershing II missile to reach Moscow meant that Soviet leaders would have only minutes to receive information corroborating reports of an Allied nuclear launch and decide how to respond, thus making the launch of an unnecessary retaliatory strike more likely. This situation persisted until November 11th, when Able Archer was brought to a close. Soviet forces stood down.

NATO policymakers should analyze and learn from this incident, as it provides valuable lessons for the ongoing challenge of managing the threat of nuclear war. It underscores the importance of understanding how adversaries of the Alliance think. Their thought-processes are constructed to a considerable degree by the behaviour and public rhetoric of the leaders of NATO’s member states, international circumstances, and the state of military technology.

First, when public rhetoric by commanders-in-chief of NATO member states is not in accord with back-channel communication or personal rapport, the risk of sending inadvertent messages is amplified. The uncertainty this introduces makes hair-trigger paranoia more likely. This is especially tempting behaviour in democratic countries where leaders might make public statements for political gain but issue contradictory remarks behind closed doors.

Second, MAD is the orthodox theory behind the NATO Alliance’s nuclear strategy because it provides the only workable model for peaceful coexistence between nuclear-armed adversaries, barring wholesale nuclear disarmament. But it is hardly foolproof, as the Soviet reaction to Able Archer demonstrates. If one side believes that its adversary is undeterred, this might prompt it to attack out of paranoid fear. This is one reason nuclear non-proliferation is such an important cause, and one that NATO fully supports. Fewer countries armed with nuclear weapons means fewer opportunities for misunderstandings like those that beset the Soviets in 1983.

Third, gathering intelligence to corroborate a pre-conceived inkling – such as the Soviet leadership’s assumption that Reagan was preparing a first strike upon the Soviet Union – can create more problems than it solves. The tendency of Operation RYaN to confirm Soviet fears rather than allay them is eerily reminiscent of the intelligence gathering after 9/11 that supposedly confirmed the suspicions of those captive to the idea that Iraq possessed nuclear weapons.

Fourth, timing for military exercises must be chosen wisely. A case could be made that the introduction of the Pershing II missile to West Germany at the very time Able Archer was being carried out was ill advised.

Ironically, the successor to the Soviet leadership, Vladimir Putin, is poised to engender the same conditions that led to the ‘close call’ of Able Archer ‘83 in his eagerness to showcase his country’s latest ‘super weapons,’ which he boasts can penetrate NATO defence systems. Far from deterring his enemies, such irresponsible bravado can lend credence to the suspicion that he is contemplating a potential first or ‘decapitation’ strike, increasing the risk of a pre-emptive strike against him. This is all the more likely when these weapons are tactlessly presented in an offensive manner as devastating an adversary’s homeland. Moreover, when it is announced that these weapons are only in production, but not yet operational in large numbers, this could tempt Putin’s enemies into thinking that their time to pre-empt him may be running out, forcing them to behave more recklessly than they otherwise would.

Photo: Test launch of a Pershing II medium-range ballistic missile, taken by U.S. Army personnel as part of official duties and therefore a work of the U.S. government via Wikimedia Commons. Public domain.