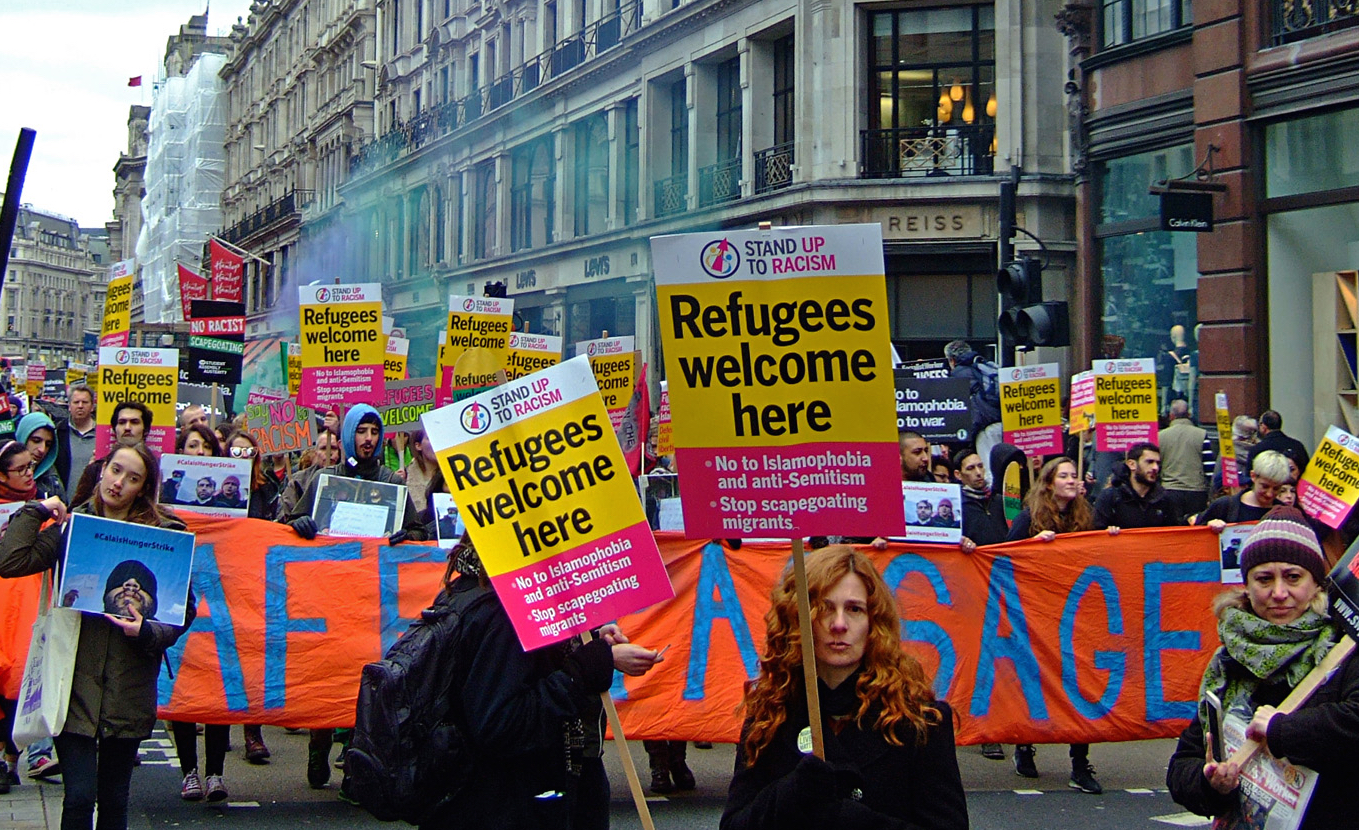 Britain’s longstanding reputation for multiculturalism and ethno-racial diversity is faltering. Earlier this May, for instance, the Telegraph published an exposé on a growing crisis in the Labour Party, which suspended a startling fifty members for acts of anti-Semitism. Among these members, MP and former Mayor of London, Ken Livingstone, made headlines for saying Hitler was a Zionist before he “went mad.”

Yet anti-Semitic racism is not limited to Labour politicians. A 2014 report by the Community Security Trust showed anti-Semitic attacks in the UK had tripled since the year prior, with 1,179 reported cases.

In Britain, racial equality is still a work in progress.

Sadly, racial discrimination in the UK goes beyond the Jewish community. Recent polls show hate crimes against Muslims in London are up by 70 percent. Meanwhile, over 30 percent of school children believe “Muslims are taking over England.”

The similarities between the Jewish and Muslim experiences in the United Kingdom are striking, given that both communities have lived in Britain for centuries. In principle, the UK’s model of cultural pluralism, enacted through law and public policy over several decades, allows for racial and religious groups to associate and conduct their lives freely. For their protection, the Racial and Religious Hatred Act (2006) makes racially or religious motivated acts of hatred a criminal offense.

Despite Britain’s pluralist model, racial discrimination and stereotyping in both government and the media continues to deny Muslim and Jewish communities full membership in British society.

In the political arena, one way to target racialized communities has been to associate them with “economic backlash,” particularly in the context of immigration and the global refugee crisis. In a BBC Radio interview on undocumented migration from Calais last July, PM David Cameron said, “a swarm of people” were on their way to Britain “because Britain has got jobs, it’s got a growing economy…” In his view, the migrants from Calais were an economic burden on taxpayers and the British economy.

But economic fears about migrants are groundless. A 2013 report by the Muslim Council of Britain found for example, Muslims add over £31 billion to the UK economy, with a spending power of £20.5 billion. Additionally, a 2015 report showed, out of 21.4% of the overall population, only 5.8% of British Muslims were economically inactive. It also found “over 13,400 Muslim owned businesses creating more than 70,000 jobs” in London alone.

Nor is the British Jewish community a stranger to racism disguised in economic terms. Jewish people have long been stereotyped and feared for their economic prosperity. This dates back to the Middle Ages, when Jewish farmers were ordered to work as money-lenders in Europe.

Today, the stigma that Jewish people are somehow “attached” to money prevails. One poll by YouGov showed 25 percent of Britons think “Jews chase money more than other British people.” Last year, British MP Gerald Kaufman accused the British Government of being swayed by “Jewish money.” The list goes on.

The British media is key to the negative representation of racialized communities in the UK, especially of Muslims. For instance, the report “What British Muslims Really Think?” was aired on Channel 4 on April 13, 2016. The program dedicated its time to discussing how 4% of British Muslims, totaling 120,000, view suicide bombing as justified. Yet, as Shiraz Maher, War Studies Lecturer at King’s College London, notes, the report’s methodology was flawed. It only sampled areas where Muslims constitute at least 20% of the population (and, therefore, are less likely to integrate with non-Muslims while being more prone to socially conservative views), which would misrepresent British Muslims as a whole.

A 2008 study in the Telegraph showed, moreover, British tabloids overwhelmingly portrayed Muslims in negative terms. Indeed, headlines such as “Muslim Sex Grooming” or “Imam beaten to death in Sex Grooming Town” paint criminal issues as if they are inherently Muslim. Additionally, many headlines make Muslims appear conspiratorial and mysterious, such as “BBC puts Muslim Before You’ and ‘Muslim Vote Could Decide 25 Percent of seats.”

Equality for the British Muslim and Jewish communities, among others, requires a shift toward their positive representation in British media and society at large.

That being said, these two communities are showing hope of progress. The intensification of anti-Semitic and anti-Muslim racism has fostered interfaith dialogue between Jews and Muslims in the UK and across Europe. For instance, the 2015 UK Joint Mitzvah Day brought over 100 hundred Muslim and Jewish women together for charitable activities. In 2013, Orthodox Jews went to guard UK mosques after an increase in Islamophobic threats and attacks. In Oslo last year, Muslims formed a “ring of hope” around the Jewish synagogue and chanted “no to anti- Semitism, no to islamophobia.”

Positive change for Jews and Muslims, in the UK and across Europe, may be found within the very friendships between these two communities. Until then, racial equality in the UK is still very much a work in progress.