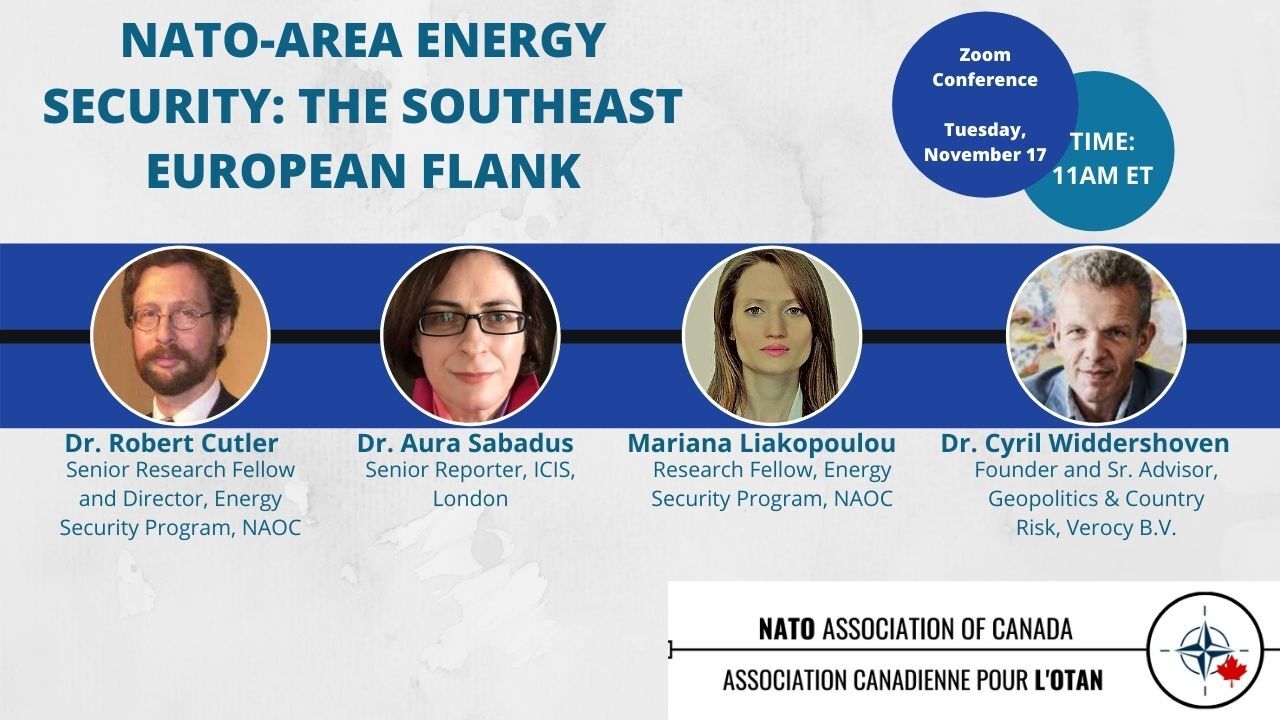 The webinar addresses the geopolitics of the energy transition on NATO’s Southeast European flank and its implications for Europe at large. European energy security requires the integration of natural gas markets in the Western Balkans and Eastern Europe. So within a broader perspective, the webinar addresses such questions as the following: What does the decarbonization of Europe’s natural gas sector mean the for East European (and West Balkan) countries? What steps these countries have taken to align with the European Union’s norms and legislation? Most important, what are the geopolitical implications, for the regions and Europe as a whole, of  Europe’s planned transition to a carbon-neutral economy by mid-century?

Dr. Aura Sabadus is a senior journalist working for ICIS, a global energy news and data provider. Aura specialises in Eastern European and Turkish gas markets and is a research associate of the European Centre for Climate, Energy and Resource Security (EUCERS). She has earned her doctorate at King’s College London with a thesis on the impact of international pressures for reform and constraints arising from Russian energy security considerations on the liberalisation of the Turkish natural gas sector. She has written for American, British and Turkish publications and has taught courses on journalism and the deregulation of energy markets at British universities.

Mariana Liakopoulou is a research analyst focusing on natural gas security and geopolitics of the Caspian and Central Asian energy markets, as well as of the energy markets of Southeastern and Central and Eastern Europe. She is a Member, Roster of Experts, Energy Community Secretariat (Vienna); former non-resident Research Fellow in Energy Security and Geopolitics with Caspian Policy Center (Washington); former member of the Strategy and Communication Team of the European Union Agency for the Cooperation of Energy Regulators (Ljubljana).  Her research has addressed the decarbonization of the natural gas sector in Europe, the Southern Gas Corridor, and European energy security strategy.

Founder and Sr. Advisor, Geopolitics & Country Risk, Verocy B.V. Dr. Cyril Widdershoven is a veteran global energy market expert and founder of the Verocy consulting firm. He holds several advisory positions at international think tanks and Western energy firms. He has been senior manager and senior financial analsyst at such consultancies as Capgemini Consulting and Deloitte Financial Advisory Services. He has managed and advised their oil and gas department on the equity and bond markets. Over the span of several decades, he has led multiple energy publications, and lived and worked in throughout the Greater Middle East from Tunisia to Iraq, including the Arabian Peninsula, Syria and Turkey. Dr. Widdershoven earned his post-graduate degrees at King’s College, University of London, Department of War Studies, with a Master’s from the University of Nijmegen, Netherlands.