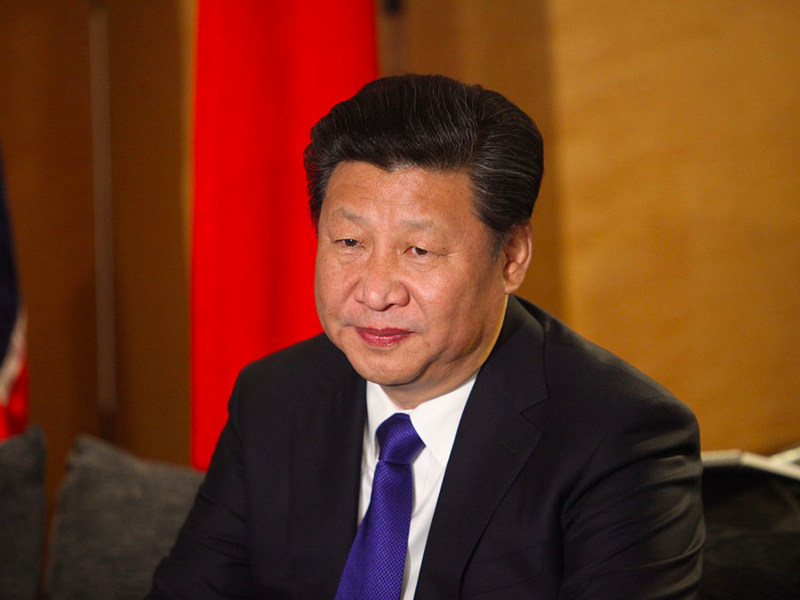 Traditional forms of disinformation resonate in Chinese international diplomatic and media communications. China has long urged journalists to spread “positive propaganda” narratives that guide opinion in the “correct” direction. Not until recently has this method of information dissemination been engaged in more explicit forms, whereby China has come into the public spotlight for its deliverance of fabricated and acrimonious claims, indicative of the latest “wolf warrior diplomacy” tactics. This trend should come as no surprise to the international community. Domestically, assertive disinformation and policy shifts are enshrined into everyday life, whereby citizen-driven calls for legal reform are responded to by state media and party officials with a “propaganda as policy” framework.

Traditional censorship and information “manipulation” is just one of a multitude of asymmetric tools that China has employed domestically as a means to maintain social stability and party legitimacy through legal reforms. With the rise of social media and internet-driven discourse, President Xi has come to elevate the role of propaganda as a state-building and mobilization tool, effortlessly not only promoting party values through an apparent democratization by way of citizen engagement, but more importantly by suppressing and re-framing key issues as a means to maintain Party legitimacy. Through the analysis of the Sun Zhigang case in 2003 as well as the Jiahe incident in 2010, this article examines the extent to which disinformation issues are enshrined in everyday party politics and calls for legal reforms.

Sun Zhigang’s case is not unique, but the impact of this case in inciting constitutional reform in 2003 acted as an integral instance in establishing party precedent in responding to citizen rights cases. Sun Zhigang was a recent college graduate, travelling to Guangzhou to start working in a clothing factory. In mid-March, Sun was stopped by police and asked to provide his residency permit. Although valid, he was neither carrying this card nor did he have a temporary residence permit. Consequently, he was taken into police custody as a suspected migrant worker. The next day, he was transferred to a Custody and Repatriation (C&R) centre and a few days later, was admitted to hospital where he succumbed to “heart disease,” later found to be the result of blunt force trauma. The Southern Metropolitan Daily investigated this story on behalf of the family, describing “disturbing” issues about his detention, police abuse, and the subsequent cover-up.

Reports of Sun’s death set off nationwide outrage despite authorities’ best efforts to censor the local media. Public outcry ensued, with protests filling social media sites and legal petitions being signed throughout China. What resulted was a significant achievement for Chinese citizen movements: the 21-year-old C&R system was abolished and led to a revision of the regulations governing migrant workers. These moderate reforms, however successful in assuaging public sentiment, serve as a critical example of party deception.

Despite progressive reforms being enacted, Sun’s case exposes deficiencies in China’s legal system. Firstly, that reform may only be achieved through excessive pressure from citizen action groups and senior government intervention. Moreover, this case critically highlights a key dichotomy in Chinese society: superficial, high-level reform with public satisfaction. Through this lens, the Chinese government concedes to public outcry in issues that it does not view as essential to maintain party control, and in doing so creates the illusion of citizen autonomy and self-empowerment in instantiating legal reform. Specifically, in Sun’s case the National People’s Congress did not view Sun’s case as involving a fundamental challenge to social stability and in fact co-opted the reform to disband C&R centres as a platform to popularize their “populist credentials.” Direct calls for further change, however, were suppressed. Proposals to eliminate the re-education through labor policy and the possibility for constitutional litigation were met with harsh opposition. As Su Jiang argues, an additional reason as to why limited reforms such as these are tolerated is due to subsequent countermeasures being adopted to re-assert control over reform discourse. In Sun’s instance, in order to restore the reputation of the criminal justice system, national authorities severely limited public discourse on constitutional reform and even prosecuted the journalists who helped break the story.

Sun’s case is not an isolated instance of moderate reform with superficial implications – rather, it set a precedent for how similar cases have since been handled in China. In 2010 for example, 50 villagers in Jiahe travelling by bus to hospital for suspected lead poisoning were stopped, with two of them detained by police for six months on suspicion of protest and “disrupting traffic.” After the incident was exposed, the State Council pressured circulars to “persist in the correct guidance of public opinion,” focusing on the party-approved dissemination of information.

Ultimately, these cases highlight an additional shortcoming in citizen rights reform in China – the extent to which the Central party can dictate media narratives, providing a “chokehold”on the scope and impact of these reforms. With Sun’s case, the State Council did not respond to Review Petitions, but rather funneled conclusive remarks through state media channels.  Consequently, domestic media attention is a paradoxical notion, whereby it is integral in instantiating reform, yet consequentially results in further constraints on genuine information dissemination and the expression of individual opinions. This is directly seen in 2010 with the Jiahe incident whereby “[Administrative] Regulations of the Nation Strengthening Forum on the People Network” were implemented, affording Officials the right to delete online messages that incited criticisms of higher state authorities.

Along this vein, the NPCSC aims to seek out cases which they identify as inciting constrained reform, not because of the activism and social pressure inherent in the case, but because the government determines them to be “impact cases [JS1] ,” those which should lead to change. This framework of response maintains the government’s position ahead of public opinion, whilst suppressing challenges that threaten fundamental Party interests. Through this means, the check and balance system of official legislation is inherently void, with higher authorities seeking out and determining the outcome before judicial proceedings have commenced. By this means, a façade of public involvement and participation in implementing reform is maintained whilst strict party control over narrative development is fluidly disseminated throughout society.

The implications of this framework of legal reform building and public information dissemination are extensive. Cases like Sun’s and the Jiahe incident, despite instantiating change, distract from the crux of the issue, that of state abuses of power. Recently however, President Xi has made strict movements towards cracking down on corruption and abuses. Critically, the development of the Supervisory Committee in 2018 is another central effort to crack down on abuses and is critical to Xi’s anti-corruption push. The extent to which these reforms will instantiate true change in citizen rights activism and legal reform is still to be seen. A distinctive shift away from Deng Xiaoping’s Strike-Hard campaigns to an official state policy of “balancing leniency and severity” within the Criminal Justice System initially served this effort.  Increasingly however, explicit punitive measures are being taken to quiet dissent, delineating from the transparency presumed in this state policy and furthering the case for the enactment of fundamentally superficial reform. Further, Covid-19 and subsequent geopolitical tensions have increasingly placed limitations on efforts of veracious information dissemination and highlighted explicit state efforts to inculcate China’s “virtues” into the greater international discourse.

Cover image: President of China, Xi Jinping arrives in London (2015), by Foreign and Commonwealth Office via Flickr. Licensed under CC BY 2.0.

View all posts by Julian Snelling →