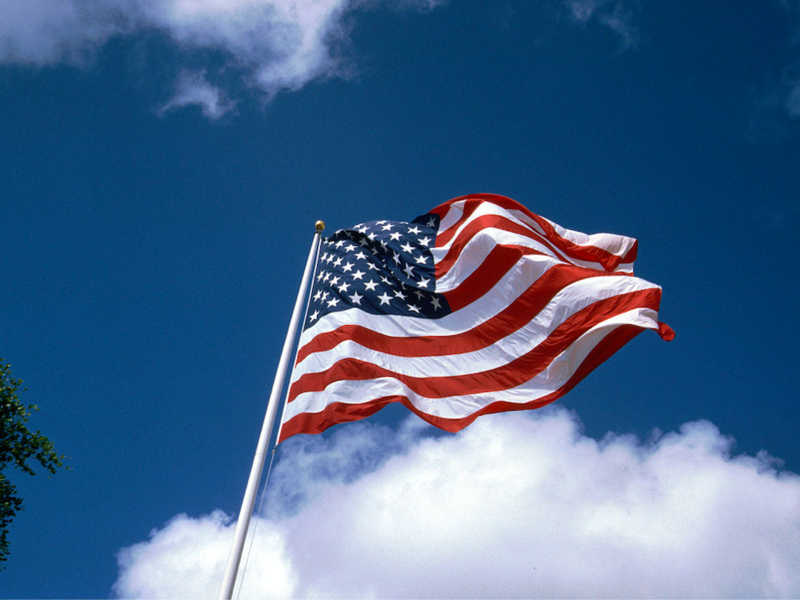 What Does “Patriotic Education” Mean, Anyway?

Last month, United States president Donald Trump proposed that patriotic, “pro-American” education be taught in the nation’s public schools. He recommitted to his stance against “left-wing demonstrators,” who are in his view responsible for an emerging narrative that “America is a wicked and racist nation,” and pledged to curb that problem by bringing back patriotic education to schools. The proposal may be benign at first glance, yet its effects may be sinister unless executed carefully.

Patriotism is widely understood as devotion to one’s country, yet the ways in which this devotion manifests can vary. And, in my view, state-dictated curriculum on patriotism and pro-nation narratives have no place in public schools. An objective and unbiased ‘patriotic’ curriculum does not exist; it would be shaped by forces interested in promoting a specific narrative to students, much like Mr. Trump is only interested in introducing a nationalistic ‘pro-America’ rhetoric which directly reflects his and his party’s politics. Instead, schools should focus on creating educated and responsible citizens by teaching its students history, civic responsibility, financial literacy and citizen rights.

This approach is preferable for several reasons. By my definition, a patriotic person is one whose loyalty to their country is not defined by devotion to a specific political party or agenda. Rather, it is the commitment to understanding the process of policy-making and making an informed vote at each election. It is the exercise of peaceful right to protest, if a government and its policies do not serve in the best interest of the people. And it is an understanding of national history, including the acknowledgement and condemnation of atrocities committed by past governments. Genuine patriotism is a commitment to becoming a good and responsible citizen and holding those in power accountable. And this form of patriotism doesn’t come from an education which touts past nationalistic achievements, it stems from a commitment to educate and create responsible citizens, capable of critical thought and interested in bettering their communities.

Mr. Trump’s proposal to “restor[e] patriotic education in schools” is misguided at best and dangerous at worst. A humble approach would take into account diverging views on civics and history and can be applied both in the United States and other democratic nations across the globe.

How Patriotic Education can lead to social injustice

Patriotism, by definition, is a special attachment to one’s country or concern for the well-being of one’s country. U.S. President Donald Trump’s recent appeal for patriotic education has sparked a heated debate over the cultivation of patriotism in American public schools. Strong advocates for patriotic instruction argue that this may help schoolchildren better understand the notions of equal citizenship and liberal democracy. However, the defenders have underestimated the complexity of patriotism and overlooked some of the potential consequences.

Unlike a scientific equation or an English literary term, the idea of patriotism is subjective and therefore each individual, based on his or her background, may develop different conceptions. In this case, patriotic ideas bear a striking resemblance to religion as it carried the potential to discriminate exclusively among people, creating discrepancies that cannot easily be reconciled. For example, a person can be half-German and half-Brazilian but it is much more difficult to be loyal andtreasonous to one’s country at the same time. To conclude, given its intolerant nature, patriotism is considered a “civil religion” that hinders efforts to impart understanding and respect for a society with heterogeneous groupings of faiths.

There were several times in history when patriotic beliefs (ex. Nazi indoctrination) were in conflict with universal human values and citizens were then being invited to discard those civic principles in favor of exclusionary particularism (xenophobia and ethnic prejudice). Incorporating patriotism into the school curriculum may therefore prevent students from developing an objective, critical approach towards the concepts of colonialism, imperialism and race relations which have all played an integral part in Western history.

While Americans point to the Constitution, the Bill of Rights, and the pursuit of the American Dream, it is the absence of a monolithic feature of society and culture in Canada that defines Canadian identity. Schools have tended to promote notions of inclusion and acceptance of differences along racial, ethnic, religious, and political terms within loose definitions of patriotism.

This approach gives students the freedom to interpret what patriotism means for them and should be in schools on the condition that it remains broad enough to engage with. In these terms, students have the freedom to identify with a plethora of symbols, anthems, and figures ranging from pop culture, history, language, and politics. Students will inevitably engage with these factors outside of school, and the classroom can function as the ideal forum for sharing one’s patriotism while engaging in proactive dialogue that criticizes its potential excesses.