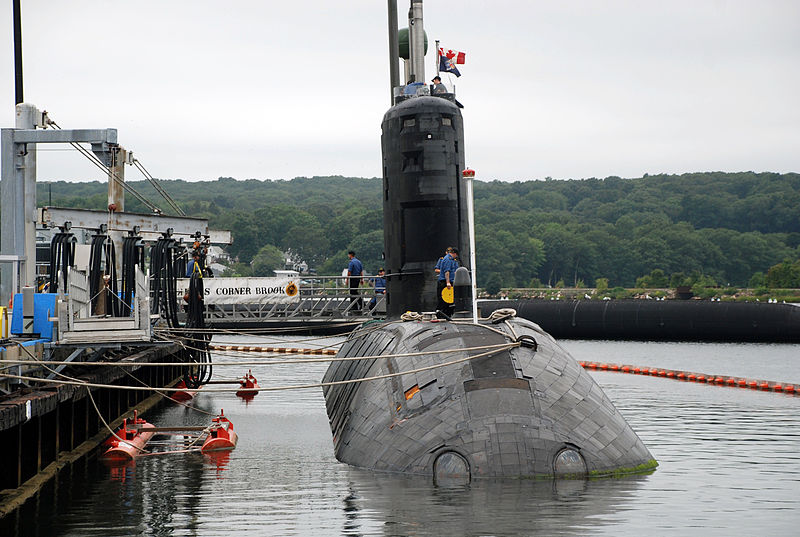 The new proposal, submitted on July 5, 2016, called for substantial upgrades to the diesel-electric submarines that were originally commissioned by the British in the 1970s to supplement the Royal Navy’s nuclear submarine force. As production of these vessels waned with the end of the Cold War, Canada purchased four Victoria-class submarines in 1998 at the cost of $900 million to replace worn down, obsolete Oberon submarines Canadian naval forces were previously using.

Surprisingly, the submarines only became operational two decades later, after many years were spent to repair initial cracks and dents noticed upon purchase. Despite the accomplished hard work, the future of these submarines may not be promising.

In 2015, the Department of National Defence (DND) noted that even with a $427 million investment into submarine repair, only three out of the four Victoria-class vessels were deemed serviceable to patrol Canadian waters and moreover, their life expectancy was on the decline. There is a concern from observers that the Canadian government seems unaware that it will have to procure new submarines in the coming decade, as a plan for buying new submarines has been overlooked in Canada’s naval procurement strategy.

Perhaps substantial operational upgrades, such as the ones being proposed by Lockheed Martin, can help naval procurement get back on track. “[It’s] the next rung on the ladder,” said Lockheed Martin spokeswoman Amanda Hauck in an interview. Hauck seemed optimistic that the proposed improvements could assist the submarines in operating under modern capability and effectively respond to today’s naval concerns.

Specifically, the newly proposed fire control system would allow the submarines to receive higher resolution imagery of acoustic and non-acoustic sensors to better locate their target. Lockheed Martin will equip the submarines with modernized, advanced sonar emitting technology, remodeled periscope operations and displays, and increased electronic navigation support mechanisms in order for the submarine to retain strong comparative advantage in its control of powerful weapons systems.

Bob Harman, reiterated the need for technological advancements that would ensure strong, continued operability throughout the submarines’ lifecycles. He reaffirmed the company’s commitment to providing low-risk solutions that will guarantee the government gets full return on its investment.

This project continues Lockheed Martin’s large-scale mandate to offer products and services in diesel electric submarine combat system services around the world. The company is also involved in equipping the Tupi Class submarines of the Brazilian Navy and the Walrus Class submarines of the Royal Netherlands Navy with Submarine Integrated Combat Systems. They have also conducted a project to install a weapon launching system in the Spanish Navy’s S-80 submarines.

Lockheed Martin will perform the Victoria-class submarine upgrades at its facilities in Manassas, Virginia and Dartmouth, Nova Scotia, and will rely on field support from Canadian army bases in Halifax and Esquimalt.