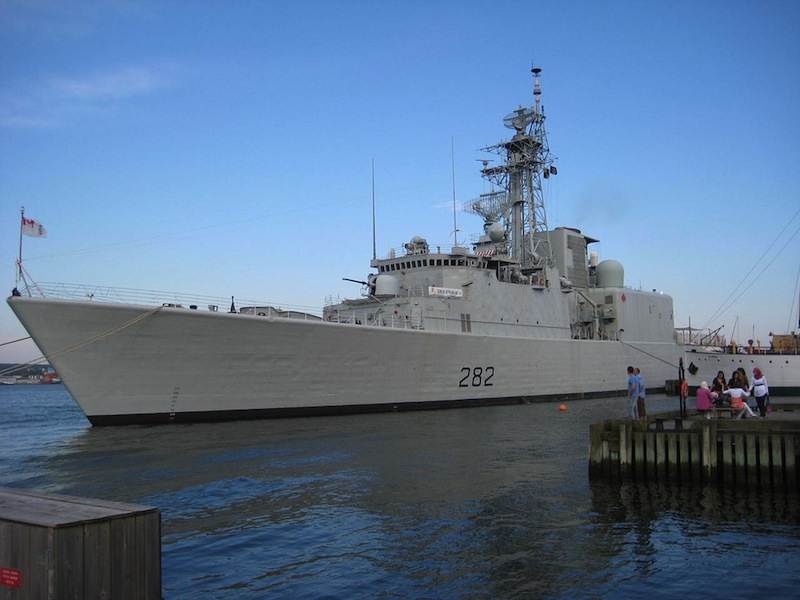 The Royal Canadian Navy (RCN) has announced that its last remaining destroyer, HMCS Athabaskan, will leave service in the spring of 2017. Commissioned in 1972, the Iroquois-class destroyer has participated in many NATO and international exercises, as well as the Gulf War. However engine failures have caused significant setbacks in the past several years. Once the Athabaskan is decommissioned, the RCN will no longer have a serviceable destroyer and it will be at least several years before the new vessels are ready to replace it.

The HMCS Athabaskan was laid down in 1969 in order to increase the RCN’s long range anti-submarine warfare capabilities. Three other Iroquois-class destroyers were built at this time as well. The HMCS Huron and HMCS Algonquin served mainly on the Pacific coast while the HMCS Iroquois and the Athabaskan were stationed in Halifax. Each destroyer was almost 130 metres long and weighed 5100 tons with a full load. In the 1990s, the four destroyers were refitted as air defence destroyers and consequently were equipped with vertical launch systems firing Standard SM2 Block IIIA surface-to-air missiles. Each destroyer was also equipped with two CH-124 Sea King helicopters that were typically used in rescue missions.

The Athabaskan was often involved in European naval exercises throughout the 1970s and 1980s. Its most well known combat experience was during the Gulf War (1990-1991). A participant in the Operation Desert Shield, the Athabaskan supported the USS Princeton when it became severely damaged by an underwater mine. The long range capabilities of Athabaskan’s Sea King helicopters in spotting and destroying remaining underwater mines were lauded by American Navy personnel.

Video courtesy of the Government of Canada.

The Athabaskan continued to participate in international exercises and also served as the flagship for Standing Maritime NATO Group 1 in 2006. In 2015, the years of service began to show. Within the year, engine problems caused breakdowns in Florida, the Caribbean, and in the UK prompting a series of repairs. This was not enough, however. Last week Vice-Admiral Ron Lloyd announced that the Athabaskan would no longer be in service as of the spring, 2017. This will make it the longest serving Iroquois-class destroyer with 44 years of service. The Algonquin and the Iroquois were both retired in 2015 with 42 years and 43 years of service, respectively.

There are several capability concerns that arise with the retirement of the Athabaskan. The RCN will now have to completely rely on its allies for long range air defence. Currently, all Canadian warships have the ability to defend themselves against aircraft. However the Iroquois-class destroyers had a significantly larger range than the typical warship and were particularly useful in defending against long range missiles. RCN officials have indicated that if the need were to arise, they would look to the United States Navy to bolster air-defence capabilities.

The RCN is expected to have a replacement for the Athabaskan by 2024 when the vessels contracted under the Canadian Surface Combat (CSC) project are ready to be commissioned. The CSC is a multi-billion dollar investment aimed at replacing both the Iroquois-class destroyers as well as the Halifax-class frigates. The project began under the Harper government as the Single Class Surface Combatant Project and has since been streamlined into the CSC under Defence Minister Harjit Sajjan’s leadership.