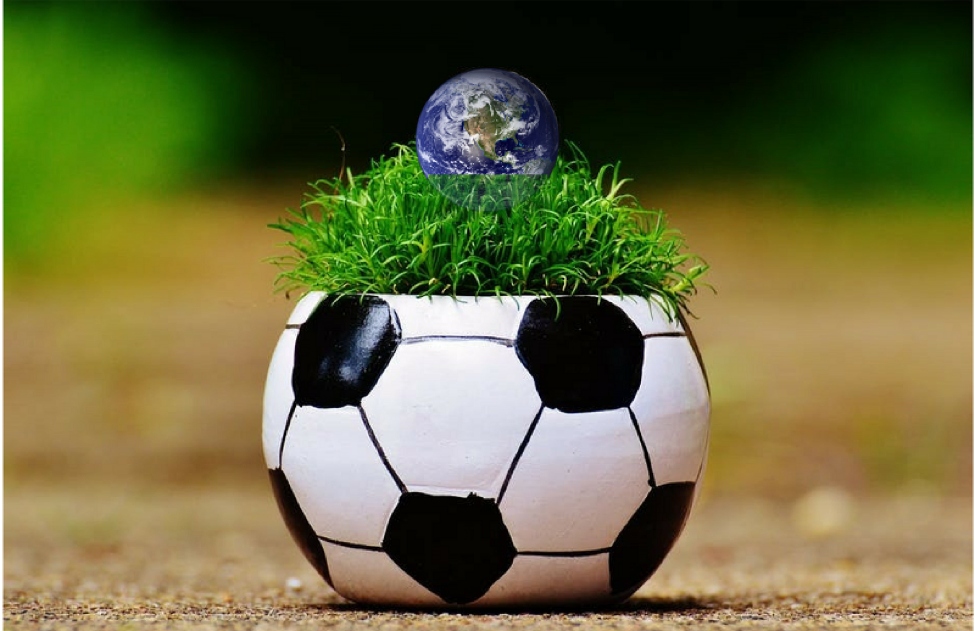 The World Cup is almost over, and along with commentary on the teams and players that has made the tournament memorable have come reports on the repercussions of Russia as a host as well as other stories on international relations. Our Program Editors have written on the importance of sports to maintaining good international relations.

Buzz Lanthier-Rogers, Program Editor for NATO Operations
I voiced my support for Nigeria’s Super Eagles in this world cup for a while. The team means a lot for Nigeria: in a country rife with divisions, the successes of a united team can bring people hope.

Sports and politics are inseparable. Corruption, social movements, global governance—Thomas Gift and Andrew Miner have shown that virtually any area of politics is tied, in some way, to sports. Sporting events can be the vehicles, or (sorry) arenas in which issues play out. In some cases, like the 1995 Rugby World Cup in South Africa, they can pave the way for reconciliation and the remaking of a country. In others, such as the 2018 Winter Olympic Games, they can ease tensions between hostile states. But ultimately, sports are a trigger: they excite feelings, even the bad ones.

In 1969, El Salvador’s football team played Honduras with hopes of qualifying for the World Cup. An 18 year-old girl named Amelia Bolanios watched the match on her television back at home. When El Salvador lost, she grabbed her father’s gun and shot herself in the heart. She was seen as a martyr, and her suicide helped spark the 100 Hour War between El Salvador and Honduras. Amelia Bolanios and the football match of 1969 did not drive the two countries to war on their own, but they did provide that final push. The dominoes were all set up.

Sports are competitions, and competitions on large scales always have consequences. We might tell ourselves otherwise, but it’s not “just a game”. Just ask El Salvador.

Nasser Haidar, Program Editor for Emerging Security
Sports and politics are very intertwined. For a host nation, they’re an opportunity to showcase their country to the outside world for development, investment, tourism, and the exchange of cultural capital. Of course, in the case of Hitler’s Olympics in 1936 and according to some, Putin’s 2018 FIFA World Cup, it can also be used as a public relations stunt to distract from a faltering economy or sideline human rights abuses from the public mind. That aside, I find sporting events to be a very safe and well-needed outlet for nationalism, giving each nation and its people the opportunity to emphatically support their national team or their regional team of choice.

When considering international politics and security, it is understood that these events should not be politicized, but they inevitably become so. Keeping in mind most high-ranking European officials’ boycott of the current World Cup over Russia’s supposed involvement in the Skripal poisoning case in the United Kingdom, as well as Nike’s inability to sponsor the Iranian national team with football cleats due to the reimposition of sanctions by Trump on Iran, these become notable examples. Under ideal circumstances, sporting events are supposed to bridge differences, create outlets, and promote a global sense of diversity and inclusivity. In light of trade tensions with Canada, the US and Mexico over NAFTA renegotiations, it is a slight relief for supporters of closer cooperation between the three North American nations to know that they now will be co-hosting the 2026 FIFA World Cup together.

Perhaps, however, the most politicized sporting event in the near future, the Qatar 2022 FIFA World Cup, is a good example of where international sporting events can cause opposite effects. The tournament and the lead up to it were meant to spearhead investment and development in the Qatari state, which has already taken place at a remarkable pace since it won the bid in 2010, but it has also threatened the share of foreign direct investment being pumped into regional rival, the United Arab Emirates. With the imposition of the blockade on Qatar by its regional neighbours, the World Cup is once again in the spotlight. Dubai’s security officials have stated that the blockade could be ended if Qatar gave up the World Cup. It appears as though the World Cup has, in this case, inadvertently turned brotherly competition into a bitter rivalry that continues to spiral out of control. The tournament was originally intended to put the entire GCC on the world stage, but it has now done so for all the wrong reasons. Though the tournament remains 4 years away, there is no indication whether time will cause tension to subside, or if it will only rise as Doha flaunts its tournament on the world stage, and remains impressively resilient in face of the face of opposition, as the entire region now competes against each others’ direct interests to gain the highest share of foreign direct investment.

Maria Pepelassis, Program Editor for Security, Trade, and the Economy
Sports teams, especially football teams, have a long history of being deeply ingrained in society and important to local communities. In my own neighbourhood of Nea Smyrni in Athens, the local football team found its new home in Athens after being expelled from the island of Smyrna after Greece’s defeat in the Greco-Turkish War in 1922. Along with hundreds of thousands of refugees who settled in the neighbourhood, the multi-sport team has come to call this borough of Athens home for almost 100 years. As such, the team was a refugee of conflict and a symbol of the community’s collective memory and persistence. In this sense, Panionios has proven important to international security because it was an anchor for members of the refugee community from Smyrna around which they built their community, and a foundation for contributiing to this new community.

Even in more recent times, sports have proven to be valuable in the nation-building process of states devastated by conflict. Afghanistan saw the unifying force of cricket at the Test Match with India last month. The importance of such a game at the political level is clear from the attention the match received from the heads of state of the participating countries. Indian Prime Minister Narendra Modi commented that these achievements in Afghan cricket “have come about in challenging and difficult circumstances. This demonstrates the indomitable Afghan spirit to overcome all challenges and realize aspirations for a purposeful, stable, united and peaceful nation.” With this statement, Modi shone a light on a celebrated tradition in Afghanistan that stems from the displaced population following the Soviet invasion in the 1980s. Taken up by children in refugee camps, upon their return, Afghanis quickly set up the formal structures necessary for a national team that competes internationally. The zeal and success of these efforts is both surprising and encouraging in a country struggling for stability and progress in the midst of war.

Panionios and Afghanistan’s cricket team show that sports form community, which is the basis of security. Once a struggling people rally around a team that is representative of their community, they form close bonds within a broader community, be it within a nation state or on the global stage. As such, sports contribute to international politics by offering both refuge for people displaced by violence, as well as a platform to showcase the unity of developing states.