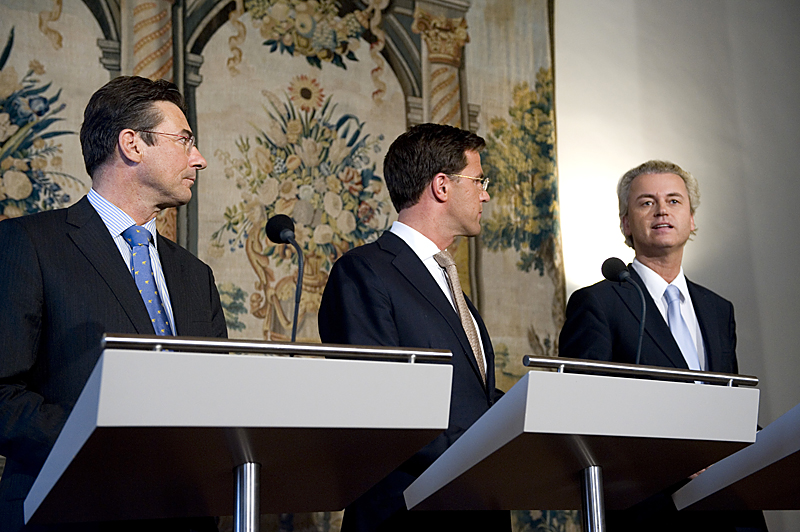 When Donald Trump announced his contentious executive order prohibiting people from seven designated countries to enter the United States, world leaders were quick to respond. Canadian Prime Minister Justin Trudeau is no exception to this. Trudeau’s tweet following Trump’s temporary policy implementation states that Canada will continue to welcome “those fleeing persecution, terror & war”. The message explicitly suggested that Canada’s ethnic diversity is to be considered a “strength.” Such a statement clearly manifests the different stances on immigration-related issues between Canadian and United States’ political figures.

Statistics from 2011 indicate that Canada’s foreign-born population was, at the time, the highest among the G8 countries and accounted for approximately 21% of the country’s citizenry. A more recent study conducted by BBC Radio concluded that Toronto is the most “multicultural metropolis” in the world. Over half of the city’s population is born outside the borders of Canada.

Trudeau’s tweet channels a sense of tolerance towards ethnic diversity. The Prime Minister postulates that welcoming immigrants and refugees does not have to put national security in jeopardy. Meanwhile, the statistical information confirms that multiculturalism is indeed ingrained within Canada’s demographics.

Interestingly, the political landscape in Canada does not host an influential party with anti-immigration- or populist segments. There are currently 18 registered political parties of which five are represented in the House of Commons. However, in order to attain parliamentary recognition, the party must have at least twelve members in the House. The three major parties that fulfill this requirement are the Liberals, Conservatives, and NDP, none of which classify as typical anti-immigration advocates.

In Europe, the situation is much different. The continent has during the last few years witnessed a notable rise of extremist right-wing parties who promote restrictive immigration policies. Some of them even demonstrate racist features. Not only have the far-right parties obtained a formal political status, they are popular among the public and are able influence to decision making. In Sweden, the Swedish Democrats, are envisioning an immigration policy that allows no asylum-seekers to enter the country. The party’s origins are rooted in neo-Nazi beliefs and is one of the biggest parties in Sweden in terms of seats in the parliament. Meanwhile, an Eurosceptic and anti-immigrant party in the Netherlands is predicted to win the upcoming election in March. In France, Marie Le-Pen, the leader of the far-right party, Front National, has recently solidified her position as one of the primary presidential candidates. Her party is fuelled by an isolationist outlook on international cooperation, rigorous border security and strong anti-Islamic rhetoric. The National Democratic Party in Germany, the Golden Dawn in Greece, True Finns in Finland, Danish People’s Party, and Austrian Freedom are other examples of political parties in Europe who openly display their discontent with immigration, particularly from Muslim-majority countries. These parties are causing political turmoil in both their home countries and in the heart of the EU’s headquarters, Brussels.

Commonly, the growing appeal of anti-immigration parties in Europe is attributed to the migration crisis: a product of the war-ridden conditions in the Middle East. The borders of the EU began to fractionalize in 2015, as an overwhelming flow of migrants risked their lives to cross the Mediterranean. Nationalist parties all over Europe condemned the inadequate border security management within the Union, while thousands of refugees drowned from boat accidents.

So why has an influential anti-immigration party not established itself in Canada? Europe has undoubtedly been more affected by the migration flows than North American countries, most likely due to the greater distance from the Middle East. However, this cannot be solely reduced to one explanatory factor. Given the nature of the Canadian political system, with multiple parties represented in Parliament, the traditional spectrum of ideologies is covered: liberalism, conservatism and socialism. A party with strong, articulated nationalist ideas is absent.

A right-wing populist party, called the Reform Party of Canada, has previously existed. The party was dissolved in 2000 and re-emerged as the Canadian Alliance Party. The successor of the Reform Party crumbled three years later. It has not been replaced with a similar alternative with formal political constituents in the House of Commons. However, in October 2016, a man named Brad Salzberg registered an anti-immigration party, the Cultural Action Party, for the provincial elections in British Columbia. Salzberg promotes “traditional” Canadian values and his party opposes cultural influences outside the English or French realm.

Does the Cultural Action Party symbolize a movement towards the formation, and potential consolidation, of nationalist parties in Canada? The majority of Canadians do not sympathize with Donald Trump’s politics nor share his outlook on immigration related issues. However, it is likely that more refugees and migrants are seeking to settle in Canada, if entry to the U.S. appears as a trivial pursuit. If Canada continues to open its arms to migrants fleeing malicious conditions in their home region, the prospects of a nationalist party gaining a strong foothold in domestic politics may increase. Even so, this is an opportunity for Canada to nurture its multicultural society and manifest its tolerance towards different ethnicities, traditions and religions.

Photo: “2010-presentatie-regeerakkoord2” (2010), by Rijksvoorlichtingsdienst via Wikimedia Commons. Licensed under CC BY 2.0.