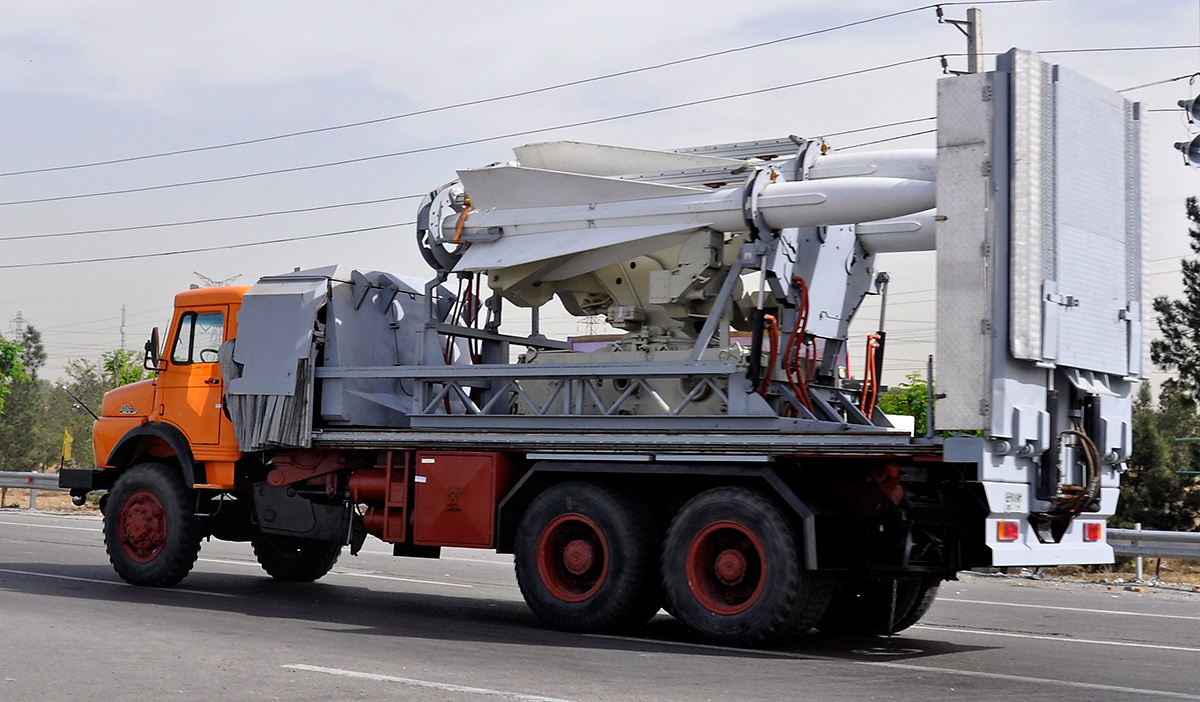 Note: This is part three of a series of articles on Iran’s developing military capabilities. The first article, on Iran’s ballistic missiles and the second is on Iran’s battlefield rockets and cruise missiles.

Iran’s alleged nuclear weapons program has overshadowed most discussions on Iran in the past decade. In addition to Iran’s land-attack conventionally armed missiles and rockets discussed in the previous articles, Iran’s air defences have been under the spotlight given its role in any potential Israeli and/or American airstrike on Iran’s nuclear facilities. As a result, in the past decade (examples from 2006 and 2014) much ink has been devoted to the ability of Israel and the United States to conduct effective airstrikes in Iran. Unfortunately, these analyses are either outdated (the 2006 report), or, more frequently, paying scant attention to the modernization of Iran’s air defence capabilities (the 2014 report).

For many years Iran’s air defences mainly consisted of aged (pre-1979) American and Soviet-era surface to air missiles (SAMs) and anti-aircraft artillery (AAA). Linking these systems was a radar network also composed of (pre-1979) outdated Soviet-era and pre-1979 American radar. Moreover, Iran’s air force is a pale shadow of its former glory. It has just a few dozen aircraft operational and combat-capable at any time due to a severe shortage of spare parts (mainly for its pre-1979 supplied American aircraft) and an increasingly aging fleet.

Prior to the 1979 Iranian Revolution and the breakdown in relations with the United States, Iran developed a large air force and bought hundreds of the most capable aircraft made in the United States. These aircraft not only allowed Iran to develop a powerful offensive air force, but were also the mainstay of Iran’s air defences. The country’s vastness and its mountainous terrain are not conducive to ground-based air defences. As such, analysts looking at Iran’s air defences in the context of a Israeli and/or American airstrike on nuclear facilities have prudently written off Iran’s air defences. But in the past few years, Iran has revealed impressive developments that while insufficient for preventing the United States from engaging in a pre-emptive air strike, certainly reduce Israel’s chances and increase the risk for both Washington and Jerusalem.

The first sign of Iran’s air defence modernization emerged with the unveiling of the Mersad SAM system in 2010. The Mersad is a reverse engineered derivate of the American medium-range Hawk SAM system (40km range), the mainstay of Iran’s SAM forces. The ‘original’ American-supplied Hawk is old in terms of its electronic components, and has insufficient range to deal with aircraft conducting ‘standoff’ (i.e., long way from target) airstrikes with precision guided munitions. Nevertheless, the Mersad provides Iran with a Hawk SAM system that is fully digital and is Iran’s first serious attempt to address the shortcomings of its air defence system. In addition to upgrading the Hawk system’s radar, Iran has also upgraded the system’s missiles with the Shahin and Shalamcheh missiles. Iran has also developed a mobile version of the Mersad system known as the Ghader.

Iran has also been busy upgrading its older air defence systems. It has been upgrading the missiles and the launchers of the (very) long-ranged static SA-5 system, reportedly even making the system mobile to an unspecified degree (the SA-5 is a very heavy and bulky system). Similarly, the Chinese derivate of the French Crotale system, the FM-80, has been modernized into the Ya Zahra towed short-range system and its mobile truck-mounted variant, the Herz-9. Iran has also upgraded its medium-range SA-6 system. Most noticeably, it has developed a more cost-effective and lower-signature truck-based launcher to replace the tracked launcher the system was originally mounted on. This upgraded system, the Ra’ad-1, also incorporates at least two new sensors (1, 2) that combine radar and electro-optical detection in addition to the SA-6’s organic sensors.

The increasing use of electro-optical sensors is important in that they will function even in a heavily jammed electronic environment where radar may cease to function. A similar system utilizes a missile similar to that used by the Russian/Soviet Buk system, the Soviet successor system to the SA-6. This system, the Ra’ad-2, is believed to utilize the same combined radar and electro-optical detection systems used by the Ra’ad-1 and a new missile, believed to be derivate from that used by the Buk, known as the Taer missile family (more below). In other words, Iran has adopted a newer, longer-ranged and more sophisticated missile for its upgraded SA-6 SAMs.

The origins of the Ra’ad-2 system are unclear in that Iran is not reported to have received the Buk system from Russia or any other country. While Iran may have received the systems from Syria and/or Belarus (amongst others), the large number of units displayed makes the Iranian claim that the system is being nationally produced more credible. Moreover, the missiles exhibit a number of important design distinctions that makes them more than mere copies.

The Ra’ad-2 and its associated missiles (Taer-1, Taer-2, Taer-2B; no details are given on the difference(s) between the models) are utilized by a confusing array of mobile launchers. Moreover, these launchers utilize different radar systems in addition to the system apparently associated with the SA-6. The Taer missile is used by two different SAM systems that utilize two distinct search/engagement radar systems. The least-sophisticated radar that used on the Tabas launcher, is similar to the ‘Fire Dome’ radar used by the Buk M1. The other launcher, the Third of Khordad, uses a phased array radar similar in general appearance, but different from the radar used on the latest version of the Buk, the Buk M2. Regardless of the launcher or radar used, the Taer missile has a range of approximately 50 kilometers, making it a medium-range system. It should be noted that the Taer missiles have a much higher reported flight ceiling (altitude) than the missiles used by Iran’s HAWK SAMs.

In addition to the aforementioned radar, there is also a longer-ranged search radar system known as the Bashir. Notably, it is used by the Islamic Revolutionary Guard Corps (IRGC) and not the Islamic Republic of Iran Air Defence Forces (IRIADF). As such, the system is likely intended to defend vital political infrastructure (such as the Supreme leader’s palace) and protect Iran’s ballistic missile units.

Iran also appears to have produced an enlarged version of the Taer missile family. This missile, the Sadid-630, has been depicted on a poster present at a major Iranian arms exhibition alongside the Alam-ol-Hoda radar. The Alam-ol-Hoda is said to be a very high frequency (VHF) fire control radar that will guide the Sadid-630. Little is known about the Sadid-630 and the Alam-ol-Hoda radar. However, the imagery of the radar and the missile indicate that these systems have already been built and are at least at the prototype stage of development.

While the IRGC has adopted the various Taer missile equipped SAM systems, the IRIADF has adopted a different new medium-range SAM system, the Talash-2 SAM. The Talash utilizes the Sayyad-2 missile, a reverse-engineered derivate of the American RIM-66 Standard missile. The range of the Sayyad-2 missile is not known but is almost certainly at least 60km. It is unclear what radar(s) the Talash II utilizes, but an unknown multi-spectral sensor was displayed at a recent parade alongside the system. Iranian officials have previously described the Talash-2 SAM as being developed to serve as a medium-range component of the (very) long range SA-5 SAM system, but Iran will likely deploy the system as an independent SAM system as well.