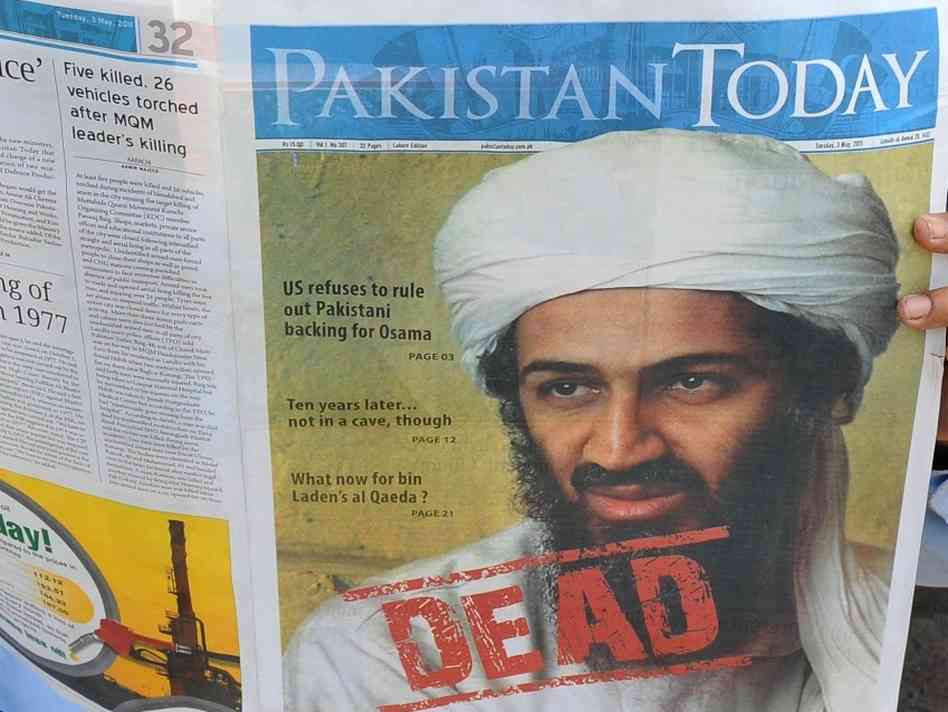 On July 8th, Al-Jazeera leaked a copy of the Abbottabad Commission report. The report, constructed by the 4-man commission, analyzed the events leading to the 2nd of May 2011 US Special Ops mission that killed Osama Bin Laden. The mission, done without the cooperation or consent of the Pakistani authorities, took the nation off guard, with media outlets such as Foreign Policy claiming that the Pakistan Air Force learned about the raid from a television news report.

Although the report labels the mission as an “American act of war” and Pakistan’s “greatest humiliation”, it also came to a scathing verdict of Pakistan’s efforts to locate Bin Laden. According to the National Post, the 336-page report lambasted all levels of the Pakistan government, including the army and intelligence services, for failing to detect Bin Laden as he lived in Pakistan over nine years. Furthermore, the report suggests that Bin Laden’s car was pulled over by a traffic cop, and that somehow went unnoticed.

In all, the report concluded by stating “The whole episode of the U.S. assassination mission of May 2, 2011, and the Pakistani government’s response before, during and after appears in large part to be a story of complacency, ignorance, negligence, incompetence, irresponsibility and possibly worse at various levels inside and outside the government.” For many scholars and policymakers both in the United States and allied countries, this information didn’t come as a surprise. For years prior to Bin Laden’s death, it had been known that he had capitalized on the inefficiencies of the Pakistan government and used the ungoverned areas along the border with Afghanistan as a safe haven.

The report states that cooperation on the hunt for Bin Laden between CIA and Pakistan’s Inter-Services Intelligence (ISI) agency ended in 2005, and, in addition, that the police and civilian intelligence services of Pakistan are neither trustworthy nor competent in the fight against terrorism. Although the Abbottabad Commission examined the events surrounding the death of Osama Bin Laden, many of the issues it touches upon such as government corruption, inefficiency, and the presence of ungoverned areas, still exists today. It is these issues that cast a shadow over the future of the Pakistan-US relations.

The Abbottabad report is likely to reinforce what many American policymakers already believe, that Pakistan is an unreliable counter-terrorism partner. From this perspective, the only option for countries may be to conduct counterterrorism missions in ungoverned areas without consultation of Pakistan, especially since the Pakistani government has been known to publicly condemn many of these initiatives. The problem with this is that it does little to improve relations with Pakistan, especially when tactics such as drone strikes have already led to civilian deaths, fueling anti-American or anti-Western sentiments both in the government and amongst the people.

Both the United States and Pakistan are to blame for the current state of relations between the two countries. However, if government inefficiencies on the part of Pakistan persist and efforts to safeguard the international community are not or cannot be taken, then it can be argued that this type of infringement, whether it be to help construct a peaceful future for Afghanistan or safeguard the international community from the terrorists, would be necessary.

Though I would rarely advocate the infringement of a state’s rights due to the negative precedent it sets, the above reasons, combined with the fact that the Abbottabad Commission report now validates the fact that the Pakistan government and military are an ineffective partner to the United States in the war against terrorism, does possibly justify such actions. In an era of dwindling defence resources and domestic pressure to withdraw from the region, countries like the United States do not have the time and resources to invest in a cooperation that has proven to lack willingness and capacity towards achieving common objectives.