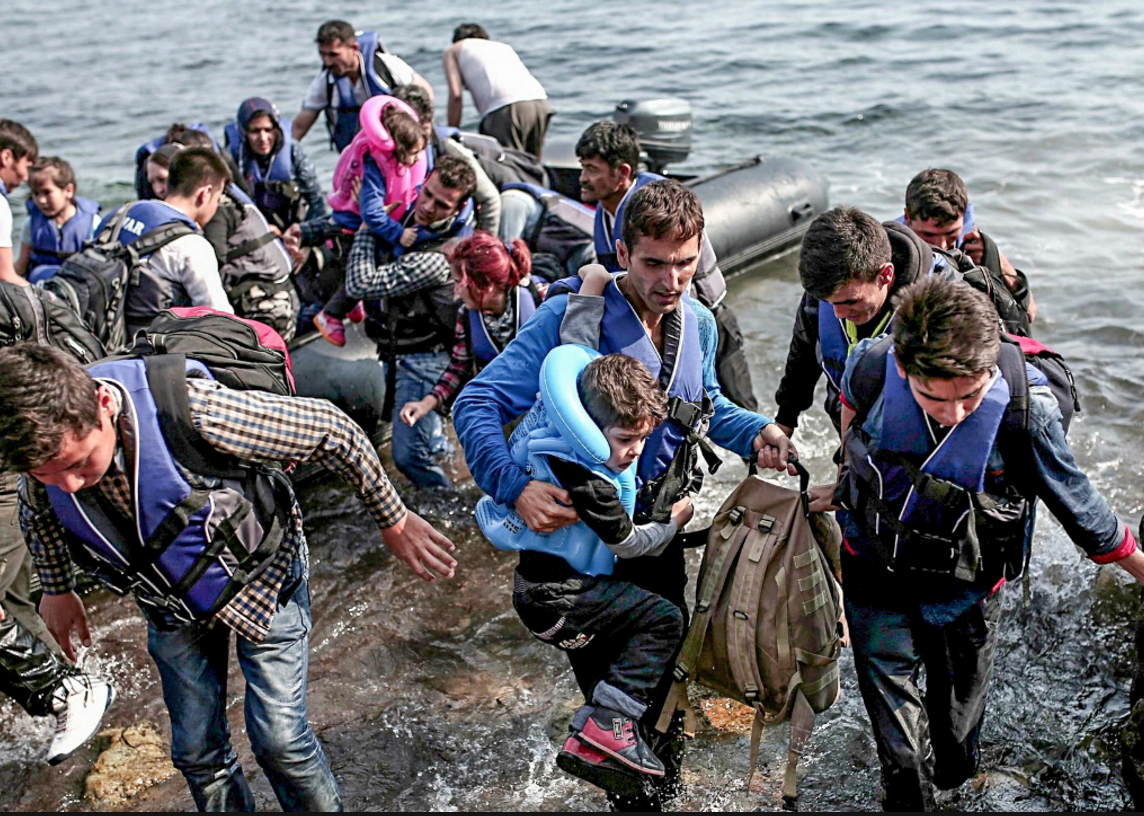 The city of wine, baguettes and love has once again been plunged into a state of terror, fear and dismay not seen since the German Invasion in WWII. On the evening of November 13, 2015 eight terrorists carried out three simultaneous attacks on the Bataclan concert hall, the Stade de France and the Comptoir Voltaire café. The death toll stands at at least 129 people. This is not the first terrorist attack to shake the French capital this year. On January 7 two terrorists attacked the satire magazine Charlie Hebdo killing 12 people. One also cannot forget the two Americans and a French national who foiled an attempted terrorist attack in August, 2015 on a high-speed train bound for Paris. The French people have had a turbulent year to say the least. However, there are two pressing issues that Europe and Canada now have to tackle, which will define the war on terror in the near future. These issues are the refugee crisis and the military mission against the Islamic State Levant (ISIL).

According to the UN High Commissioner for Refugees (UNHCR) there are over 4.3 million registered Syrian refugees in the Middle East and North Africa. Prime Minister Trudeau has reiterated Canada will accept 25,000 Syrian refugees by March 1, 2016. Approximately 10,000 refugees are supposed to arrive by January 1, 2016. To meet these deadlines Immigration Canada would have to process about 600 people a day.
From 1979-80 the Canadian government brought in 60,000 Indochinese refugees. During 1979 the monthly average was 4,500 during the peak period of October to June. Canada has accepted a large number of refugees in a short amount of time before, but the re-settlement of 25,000 refugees in three months is unprecedented in Canadian history.
On November 24, 2015 the federal government released its plan on how it aims to accept 25,000 new Syrian refugees in three months. The majority of the refugees admitted before January 1, 2015 will be privately sponsored. One major criterion is that refugees will only include complete families, women at risk and members of the gay and lesbian community. Single men will not be admitted. The New Democratic Party’s immigration, refugee and citizenship critic, Jenny Kwan, raised her concerns about the government “picking and choosing refugees.”

It is interesting to note that a single male, such as Abdullah Kurdi the father of Alan Kurdi whose picture sent shock waves around the world in September 2015, would not be admitted under the government program. Mr. Kurdi would not be accepted based on the fact he is now a single male.

Another requirement under the federal government’s plan includes being registered with the UN Refugee Agency, UNHCR. The Kurdis had been unable to secure these required documents and chose to take their chances on the sea. Prime Minister Trudeau’s plan does not address the weaknesses within the international refugee system. The acceptance of 25,000 refugees seems to be a short term measure at best.

There are some security concerns with the federal government’s refugee plan. Current and former security sources have said, “Canada’s government will inevitably have to cut some corners on security screening to achieve its ambitious goal.” The refugees will have to go through three different security checks. Public Safety Minister Ralph Goodale has said that “security screening will be completed, fully completed overseas.” This is a change from previous plans were some of the security checks would be conducted on Canadian soil. If Ottawa had continued with this plan to conduct some of the security checks once the refugees land, those rejected or found to be dangerous could spend years fighting deportation in the courts.

The federal government did not elaborate on why they decided to extend their self imposed deadline. Immigration Minister John McCallum simply said “there are a lot of moving parts here” and “we want them to have the right supports for language training and for all the other things that they need.” The details around these moving parts remain opaque. Michelle Rempel, Conservative Immigration Critic, said the government stills needs to answer a number of questions about how it plans to care for these refugees upon arrival, and what the real costs of the plan are. The extension of the deadline has shifted the focus from security to post-arrival issues such as housing.

The chances of a potential terrorist entering Canada through this refugee process is now extremely slim. Prime Minister Trudeau has stressed Canada will focus on families as well as women and children. However, the recent events in Paris do raise some concerns about the security checks in place. French and Greek authorities confirmed that the fingerprints taken from the remains of a suicide bomber outside France’s national sports stadium match the prints of a man who entered Europe via the Aegean island of Leros. The European refugee crisis is difficult to compare directly to Canada’s situation, but both entities could learn from one another’s mistakes.

In light of the recent attacks in Paris, another one of Canada’s recent foreign policy decisions has come under greater scrutiny. Prime Minister Trudeau campaigned on ending Canada’s bombing mission in Iraq and Syria. He has instead opted to focus more on the training of Kurdish Peshmerga forces in northern Iraq. However, a less active role in bombing campaigns does not predetermine Canadian forces will be at a lower risk of being killed in action. Ground forces require logistical support, which is typically provided by support troops who also run risk of becoming involved in combat situations. In fact, Canadian forces were the first Western country to be engaged in two direct fire fights with ISIL forces last January. Prime Minister Trudeau may be trying to reduce Canada’s role in Operation IMPACT, but he may inadvertently end up increasing it.

Canada’s recent decision to withdraw from the bombing campaign is also in the opposite direction of our allies. French President Hollande recently invoked Article 42.7 of the EU treaty, the collective defence article in response to the Paris Attacks. The article says that all EU countries have “an obligation of aid and assistance by all means in their power…to the victim of armed aggression.” France seems to be on the war path, while Canada wants to exit the combat mission altogether.

The question on security experts’ minds is what Canada’s response would be if France invoked Article 5 of the NATO treaty. Article 5 is the collective defence clause that was used for the first time after the September 11 terrorist attacks in the US. Robert Baines, a corporate development officer for the NATO Association of Canada, has said that “Canada would not be obligated to take any specific action…I’m sure we’d have to make some meaningful contributions to an Article 5 response.” It remains to be seen whether Canada would respond to an ally’s call for assistance and in what capacity.

The number of officials asking Prime Minister Trudeau to reconsider his position on Operation IMPACT continues to grow. Even former Liberal minister of health, Ujjal Dosanjh, is urging the Prime Minister to reconsider the proposed withdrawal. As Michael Den Tandt said, “Justin Trudeau didn’t sign up to be a wartime leader, but that’s what he is. At issue now is whether he will be good or bad in the job, a rallying point or a failure.” Justin Trudeau has not even been Prime Minister for a month, but the way he handles the refugee crisis and war against ISIL may well define his term.