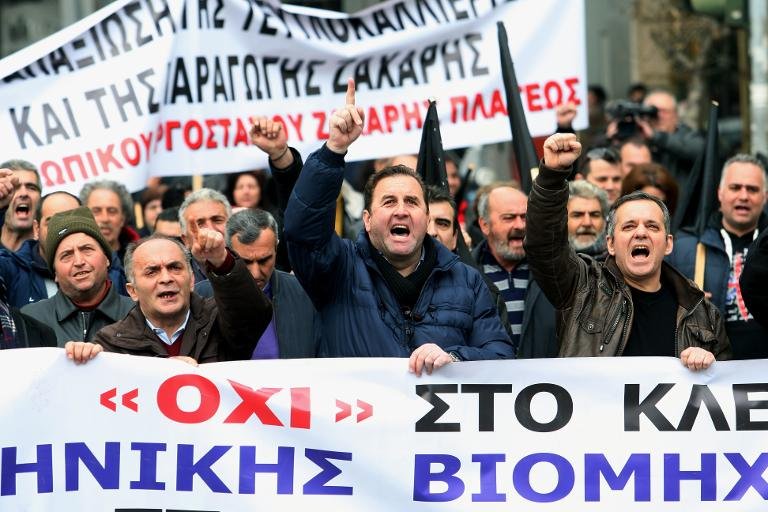 Days remain until the 2015 legislative election in Greece, when 300 new MPs are expected to take their seats in the Hellenic Parliament. The election, scheduled on Sunday, January 25, is not only important for Greece, a country that has been spinning its wheels in a financial quagmire since 2012, but to the entire international community, and in particular the European Union.

This year’s election is set to be held earlier than usual, and in a political atmosphere more tumultuous than typically anticipated. On December 29, 2014 the centre-Right majority party New Democracy (known by the acronym ND) failed to pass a presidential candidate after three rounds of voting. According to the Greek constitution legislative elections must take place before a new executive election can begin. ND is very unlikely to remain in power after the new election, and ND members know it.

Antonis Samaras, prime minister of Greece and leader of ND, described the new election as ‘catastrophic for Greece.’ On December 8, 2014, the parliament passed the budget plan for next year with the approval of 155 votes out of 300. Although the plan promised to cut taxes and foster economic growth, taxpayers deemed it insufficient and a wave of public demonstrations ensued all over the country. Greeks protested EU-backed national austerity measures, which had been implemented as a pre-condition for IMF and ECB bailouts.

ND, however, believes its austerity plan has been successful. Last year the Greek economy ran a budget surplus for the first time since 2012 and is expected to return to growth in 2015. Furthermore, in September 2014, the Greek Finance Minister declared that public debt would drop 65 percentage points by 2022 from a value of 175 percent of total GDP to 110 percent.

But the electorate appears to be of a different opinion. Most Greeks deem the price they have paid for the bailout to be exorbitant, and with an unemployment rate of 26%, a youth unemployment rate of 50%, mass public and private sector layoffs, and punitive cuts on subsidies and services, it is difficult to convince them otherwise.

In a pool of discontent, one swimmer looks to be making headway – he is Alexis Tsipras, and he is the leader of the hard-Left Syriza party. Opinion polls in the last two months have unanimously put Syriza miles ahead of its competitor, ND. The latest survey by the Greek newspaper To Vima reveals that Syriza maintains a 4 point lead over ND this week, one point more than last week. Unless something of an earthquake magnitude hits the electoral scene, Syriza is set to win the election on Sunday, and Tsipras will become Greece’s prime minister.

This is not a minor turn in the country’s stewardship. Syriza and ND have different visions and contradictory views on the debt crisis. Although Tsipras maintains that he wants Greece to stay in the Eurozone and that his government will respect Greece’s obligations as a Eurozone member, he has criticized EU creditors and compared EU-mandated restructuring to ‘fiscal waterboarding’ in Germany’s Handelsblatt newspaper.

The 40-year-old populist appealed to the agonized masses with promises to relieve austerity and to demand that EU moneylenders write off the remaining debt. Tsipras seems to want it all: continued Eurozone membership, less austerity and less debt.

While Syriza’s supporters march in Athens carrying angry placards against the European Union and painting walls with left-wing graffiti, Germany, Finland and the IMF have publicly warned the EU against writing off Greece’s debt. German Chancellor Angela Merkel reiterated the desire for a Greek exit from the Eurozone, an idea that has been gaining momentum and known widely as Grexit (Greece Euro exit).

The dilemma here is that both Syriza and EU moneylenders really know how to hit where it hurts, but would end up hurting themselves in the process. If Syriza wins, it will have to increase public spending and reduce austerity measures if it is to fulfill its election promises, a move which would run counter to the pre-conditions of the EU mandated bailout. However, EU moneylenders are the only powers keeping Greek banks afloat and Greece’s only hope if it is to balance its budget.

On the other hand, if Syriza caused Greece to be expelled from the Eurozone and revert to the drachma, the national currency, the bonds with which the EU banks have bought Greece’s debt would be in a much less valuable currency, and the EU is aware of that.

The EU is also aware that the Greek case is not unique. Since the onset of the European debt crisis in 2009 many Eurozone countries have descended into debt and been bailed out. In some of these countries left-wing parties are noticeably on the rise. A recent poll in Spain has indicated that the left-wing party Podemos is in the lead to win the December 2015 general election. If Greece were to negotiate some form of write-off for its debt, or if it were to leave the Eurozone altogether, it is safe to say that other countries will follow.

A new chapter in the history of the European debt crisis will be written on Sunday. It is up to the Greek electorate to decide who will pen the first sentence.