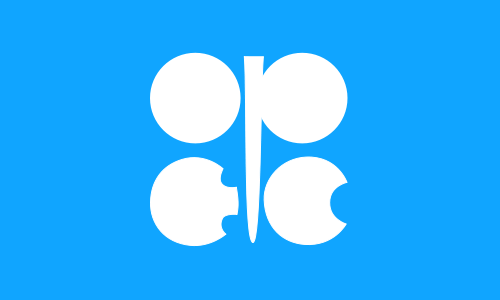 With oil prices on a continuing slide, increased pressure is being put on OPEC (Organization of the Petroleum Exporting Countries), the oil cartel that has controlled world oil prices since its creation in 1960. Originally consisting of five countries, OPEC has now grown to twelve. As a cartel, OPEC seeks to stabilize profits for all of its member countries by controlling prices through the manipulation of production. The massive oil reserves of its member countries allows production levels to be flexible and OPEC to control world oil prices. In the past, when oil prices were low, OPEC member countries decided unanimously to cut their level of oil production, so as to raise global demand for oil and therefore the oil price.

However, with OPEC members currently unable to reach an agreement on whether to change oil production levels, it seems that the cartel is beginning to crumble. In the most recent meeting, it decided not to cut production levels, further increasing the surplus of oil in the market. This decision would only benefit certain members, mainly Saudi Arabia. Having the largest spare reserve of oil among OPEC countries, Saudi Arabia is able to afford to continue to produce at high levels even with the fall in oil prices. On the other hand, smaller countries such as Iran (who just signed a large oil deal with China) will continue to suffer losses. This suggests that OPEC is breaking down as a cartel as conflicts of interest are arising amongst its members and decisions are not made to the benefit of all members.

The emergence of cheaper alternatives such as liquefied natural gas is adding to the surplus of oil in the market. Innovations in the energy market have allowed the price of liquefied natural gas to fall, making it a viable alternative to oil. As a result of the huge surplus of oil in the global market, even OPEC is now powerless to control or raise oil prices to their previous levels.

In an oil market where prices are dictated by the market rather than OPEC, firms and governments must find a way to correct the market or to adjust to the market. One solution may be for OPEC and all other countries that produce high levels of oil to jointly agree to cut production. This will prove to be difficult, as Saudi Arabia continues to remain comfortable at its current level of production. With the price of West Texas Intermediate (a global benchmark for oil prices) crude falling below $60 per barrel, the pressure is on for global firms and governments to find a quick solution in order to prevent further damage to the world economy.