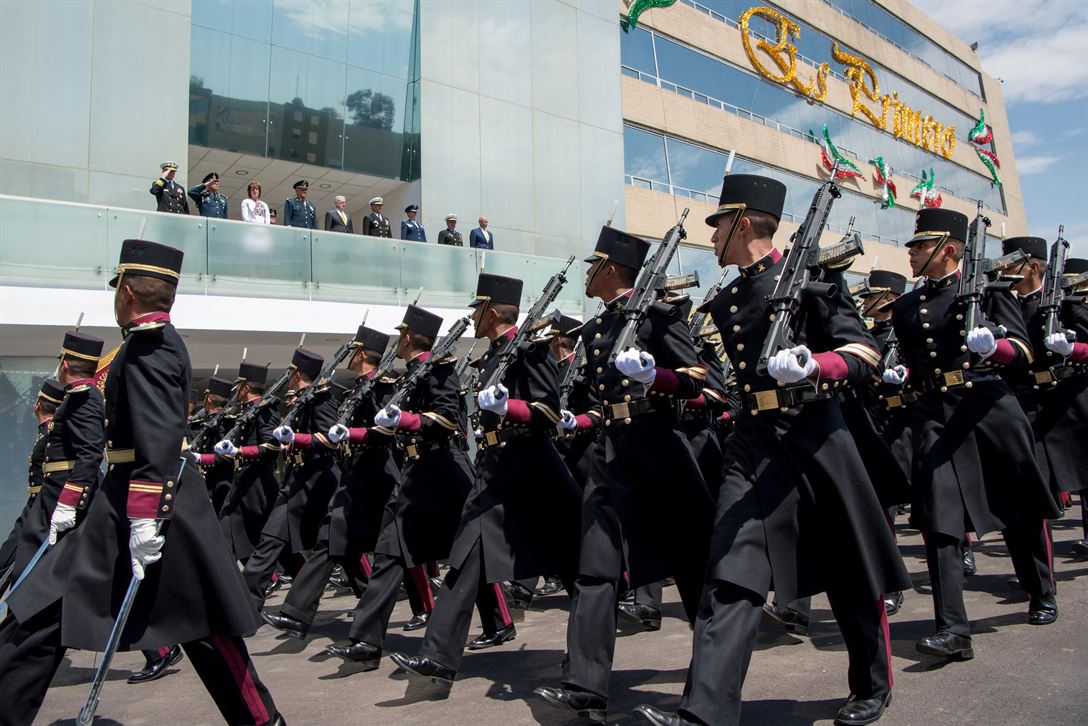 A cursory glance at the membership of the North Atlantic Treaty Organization (NATO) might immediately raise questions to the unfamiliar eye. If, as the name eponymously suggests, NATO is truly an amalgam focused on the “North Atlantic” region, then one might ask why countries as far away as Italy, Albania, or Bulgaria are part of the storied alliance system.

Indeed, the distance between Montenegro – NATO’s newest member, as of 2017 – and the “North Atlantic” is roughly the same as that between Cancun and Bermuda (which falls under the United Kingdom’s defence mandate and is therefore protected by Article 6 of the North Atlantic Treaty). Yet, in the same year as NATO pushes further and further east with North Macedonia’s long-awaited accession, talks of a new North American ally in the form of Mexico would be met with a muted, or even slightly befuddled, response. In fact, it would appear that neither Mexican nor NATO officials have ever formally mentioned the possibility or plausibility of Mexican membership in the alliance.

Why is that? Who counts as “North Atlantic?” And what really determines the criteria for who can or cannot become a member of NATO? The case of Mexico proves to be particularly useful in understanding the norms, structures, and politics surrounding membership accession within NATO.

Despite the organization’s name, the origins of NATO lie beyond the mere concept of the “North Atlantic”. The alliance’s grander intercontinental aspirations can be seen in Italy’s inclusion as part of the initial twelve member-states in 1949, and are further confirmed by NATO’s first expansion to incorporate Greece and Turkey soon afterwards in 1952. The participation of countries beyond the Atlantic was largely precipitated by the diktats of the Cold War. The geopolitical frontlines of that conflict lay along the Iron Curtain, symbolized by the decades-long tensions that persisted at the Berlin Wall. Nations like Greece and Turkey were valuable geostrategic bulwarks in limiting the further expansion of Soviet communism into Europe, especially in the tumult that characterized the years immediately succeeding the Second World War.

Likewise, NATO’s membership drives of the 1990s and 2000s into the former Soviet-bloc nations of Eastern Europe can be seen as consolidationary measures to secure the territorial integrity of a new European cultural-economic zone, while containing Russian regional revanchism in the process. Time and again in NATO’s history, a potential newcomer’s geopolitical utility has proved instrumental in accelerating their bid for membership into the alliance. For prospective member-states, initiatives such as the Partnership-for-Peace (PfP) programme are advertised as an avenue to future membership.

Though Mexico could potentially contribute thousands of its reserve forces, its government only spends 0.5% of its annual GDP on military expenditures – far below NATO member-states’ goals of 2% annually. Mexico simply holds no contemporary strategic advantage beyond the framework of anti-narcotrafficking collaboration and the potential for managing general Central American instability to Mexico’s south. In the past, joint ventures between NATO and Mexico have usually proven to be limited in nature.

It seems that history is not on Mexico’s side either. Even though NATO claims to hold an “Open-Door Policy”, not a single enlargement since the original 1949 agreement has included a new North American partner besides the United States or Canada. This is because Article 10 of the North Atlantic Treaty specifically states that current members “may, by unanimous agreement, invite any other European State in a position to further the principles of this Treaty and to contribute to the security of the North Atlantic area to accede to this Treaty”. As the treaty currently stands, Mexico may not seek membership in NATO unless amendments or revisions are made to Article 10 allowing for the possibility of expansion in North America as well as Europe.

Finally, all this theorizing presupposes that Mexico, or even current members of NATO, hold any real desire to come together as one. As the argument goes, Mexican membership in the alliance will further reinforce and strengthen the North American “pillar” of the organization, providing a natural balance against European integration. For a country like Canada, however, this notion of a North American community parallel to the European one might harken too closely to the “Dumbbell” concept of NATO that leaves Canada in the shadow of the United States in continental decision-making, prompting a veto of Mexican accession. The development of a “North American pillar” might embolden and accelerate European designs to do the same, an outcome that would ultimately displease Washington in the long run if Europe becomes too independently powerful, whether economically or militarily.

The foundation of NATO is built upon an unwavering covenant of trust between allies – that if trouble comes knocking on any one member’s door, the rest of the alliance will unconditionally be there to answer it. Mexico might not find itself ready to get involved in European affairs, or to divert domestic social spending into its military budget in order to keep up with allied expectations. States in Eastern Europe might question their own adherence to Article 5 in the case of a distant Mexican invocation.

With the arrival of even a single new member, the interoperability and smoothness of the entire alliance system must undergo reevaluation to remain competitive and functional. NATO would do well to remember this lesson beyond the hypothesis of Mexican membership as it moves ahead on plans to welcome a 30th member this year, with a further eye on expansion in Ukraine and Georgia within the next several years. As NATO excitably strays from the familiarity of the North Atlantic, its leaders ought to bear in mind that to gain something, one must be ready to give up something as well.