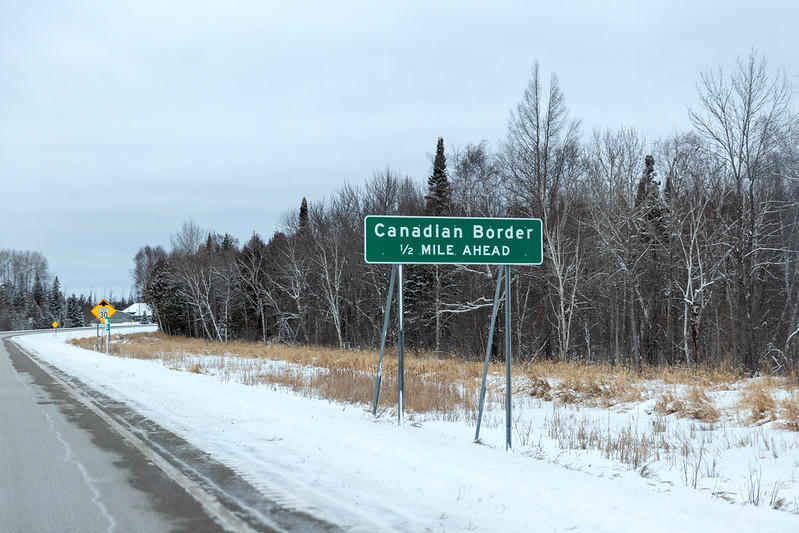 One consequence of the global spread of COVID-19 has been the widespread limitation of travel. In order to contain the spread of the virus, countries have closed their borders and restricted aerial traffic. Although travelling is now easier than at the peak of the pandemic, some borders remain closed, at the expense of immigrants and refugees alike.

In this edition of the Editors’ Forum, the Program Editors at the NATO Association of Canada discuss the impact of COVID-19 on immigration.

How has the COVID-19 pandemic affected new immigrants to Canada?

COVID-19 and its socio-economic impacts are not affecting all Canadians equally. On May 28, a document released by Immigration, Citizenship and Refugees Canada outlined the significant impacts that the COVID-19 pandemic has had on the federal government’s ability to process immigration and temporary work or study permits.

“Many of the processing and contact centres have been shut down or significantly reduced both globally and within Canada. This has severely limited our ability to process foreign nationals coming to Canada to work, study or live permanently as well as supporting Canadians directly,” the document says. “Operations are not expected to return to normal for quite some time”.

For those who have already arrived in Canada, the effects of COVID-19 can be felt keenly in terms of economic and employment prospects. Sectors such as health care, elder care, childcare, personal support work, and essential service sectors, which see a significant representation of new Canadian employees, have been hit the hardest economically. The federal government’s Economic and Fiscal Snapshot 2020 reported that low-wage workers, youth and very recent immigrants bore the brunt of employment losses from March to May of this year, stating: “Employment among very recent immigrants (five years or less) fell more sharply from February to April than it did for those born in Canada. In addition, there was no rebound in employment in May for very recent immigrants, while employment among those born in Canada rose by 5 per cent…Additionally, travel restrictions and fear of the virus may also lead to lower levels of immigration in the short-term, limiting workforce growth.”

Immigration is an essential pillar of the Canadian economy. The federal government’s actions to contain the spread of the virus, high unemployment rates and the reluctance of some international workers and students to travel in an era of social distancing and uncertainty have all contributed to creating a less than ideal situation for new immigrants to Canada. The economic repercussions of this may be felt long after the health crisis has passed.

An RCIC’s Analysis of the COVID-19 Challenges to Immigration

As a Regulated Canadian Immigration Consultant (RCIC), I witnessed firsthand the impacts of COVID-19 on immigrants in Canada. The initial announcement of closing the Canadian borders brought about confusion for both immigrants and RCICs. With Immigration, Refugees and Citizenship Canada (IRCC) offices closing during the initial COVID-19 wave, the immigration processes came to a halt with a limited flow of information. All looked towards the government of Canada for further information regarding immigration processes.

Immigrants both inside and outside Canada did not know what further steps to take. Permanent residents were unable to take their Canadian oaths or even in some cases pick up their PR cards from IRCC offices. International students found their education suffering, and many had also left the country before the travel ban; however, under specific conditions, students can enter/return to Canada. Travel to Canada has been limited to those who meet the requirements of essential (non-discretionary) travel.

Canada is a country that proudly accepts refugees; however, COVID-19 has become a blockade for those seeking refuge. Although Canada offers resettlement through its convention refugee abroad class and country of asylum class, seeking refuge at a port of entry is a critical procedure to gain asylum. In 2019, there was a total of 64,050 asylum claimants processed by the Canadian Border Service Agency (CBSA) and IRCC. In 2020, there have so far only been 17,760 claimants processed with 5,364 since the initial COVID-19 outbreak. 2019 had an average of 5,337 cases processed monthly.

Overall, immigration in Canada has been impacted greatly through the COVID-19 pandemic. Although the initial wave had left everyone in disarray, the Canadian government has quickly adapted and continues to release updates to ensure the immigration process can be as smooth as possible. Canada is a country of immigrants, and it is in our best interest to ensure we learn and create new immigration policies for times of crisis.

Refugees in the Age of COVID: Canada still has work to do!

Since the beginning of the current health crisis, the issue of refugee protection has taken a back seat to other concerns. With the massive readjustment of priorities, it is important to take stock of how Canada is dealing with refugees in this situation. This becomes even more important when you take into account the fact that the pandemic is likely to continue into the foreseeable future.

As a result of the health crisis, Canada has seen a massive readjustment in its immigration priorities, closing the border to most foreign nationals including refugees.  According to Amnesty International, beginning in March, Canada essentially stopped all refugee flows into the country. The Government of Canada website has acknowledged the challenge the closed border has posed to refugee and immigrant movements, particularly with the decision to ban all discretionary travel to Canada by foreign nationals.

What does this actually mean for refugees coming to Canada? It means that most of them are stuck in limbo or in a place where they are not safe. There is one exception that exists. The Minister of Immigration, Refugees and Citizenship has the discretion to allow a person to enter the country. However, this is limited by the statute saying that it must be in Canada’s best interest.

Despite the negative effect of COVID on refugees seeking asylum in Canada, there has been one bright spot – the fact that Canada is now allowing new pathways for refugees who have contributed to the healthcare sector during the pandemic. As part of this new policy, refugees with a history in healthcare and who participate in the Canadian healthcare system will have new opportunities to access permanent residency in Canada, something that would have been essentially unthinkable at the beginning of this year.

Overall then, Canada has been a bit of a mixed bag when it comes to refugee protection in this new normal. On one hand, Canada has been applauded by the UNHCR for changes that will allow particularly well-positioned members of refugee populations access to not only resources but residency in the country. On the other hand, Canada has essentially left many people in a dangerous state of limbo. With the timeline of this crisis extending into 2021 and beyond, Canadians and our government will have to reckon with how we will be able to protect the health and safety of Canadians and fulfill our important obligations and aspirations for protecting refugees around the world.

Balancing Public Health and the Rights of Refugees

Conflict and instability in countries such as Syria, Venezuela, Afghanistan, South Sudan, and Myanmar have given rise to the largest humanitarian emergency the world has witnessed in decades. With 79.5 million forcibly displaced peoples, refugees are the most marginalized population in the world. COVID-19 has not only worsened the vulnerabilities experienced by refugees, but travel bans have significantly decreased the likelihood of resettlement. Posed with an unprecedented public health crisis, countries have been forced to mediate the competing obligations of protecting their population and asylum seekers.

Recently, Malaysia denied entry to 200 Rohingya aboard a crowed boat, citing concerns over COVID-19. A similar scene played out in Cyprus, where a vessel carrying 175 Syrians, 69 of whom were children, was refused permission to dock. Even Canada put in place stringent measures to curb the inflow of asylum seekers. Far from the country’s goal of resettling 30,000 refugees in 2020, Prime Minister Trudeau moved to return all asylum claimants back to the United States who travel between official border crossings.

Governments are increasingly using the threat of the pandemic to justify violations of international law, namely the principle of non-refoulement. Protected under the 1951 Refugee Convention, non-refoulement prevents refugees from being returned to a country where they face persecution. Public health does not have to be compromised to uphold non-refoulement. The UNHCR recently released good practices for the safe settlement of refugees; they recommend conducting medical screening and testing of refugees upon arrival, imposing 14-day quarantines, and, where entry bans are present, the organization suggests enforcing an exemption for asylum-seekers. Not since World War II have more people been forced to flee their homes. The displacement emergency will worsen if asylum-seekers fall to the periphery of national priorities. The severity of the global refugee crisis must not be forgotten amid the COVID-19 pandemic.