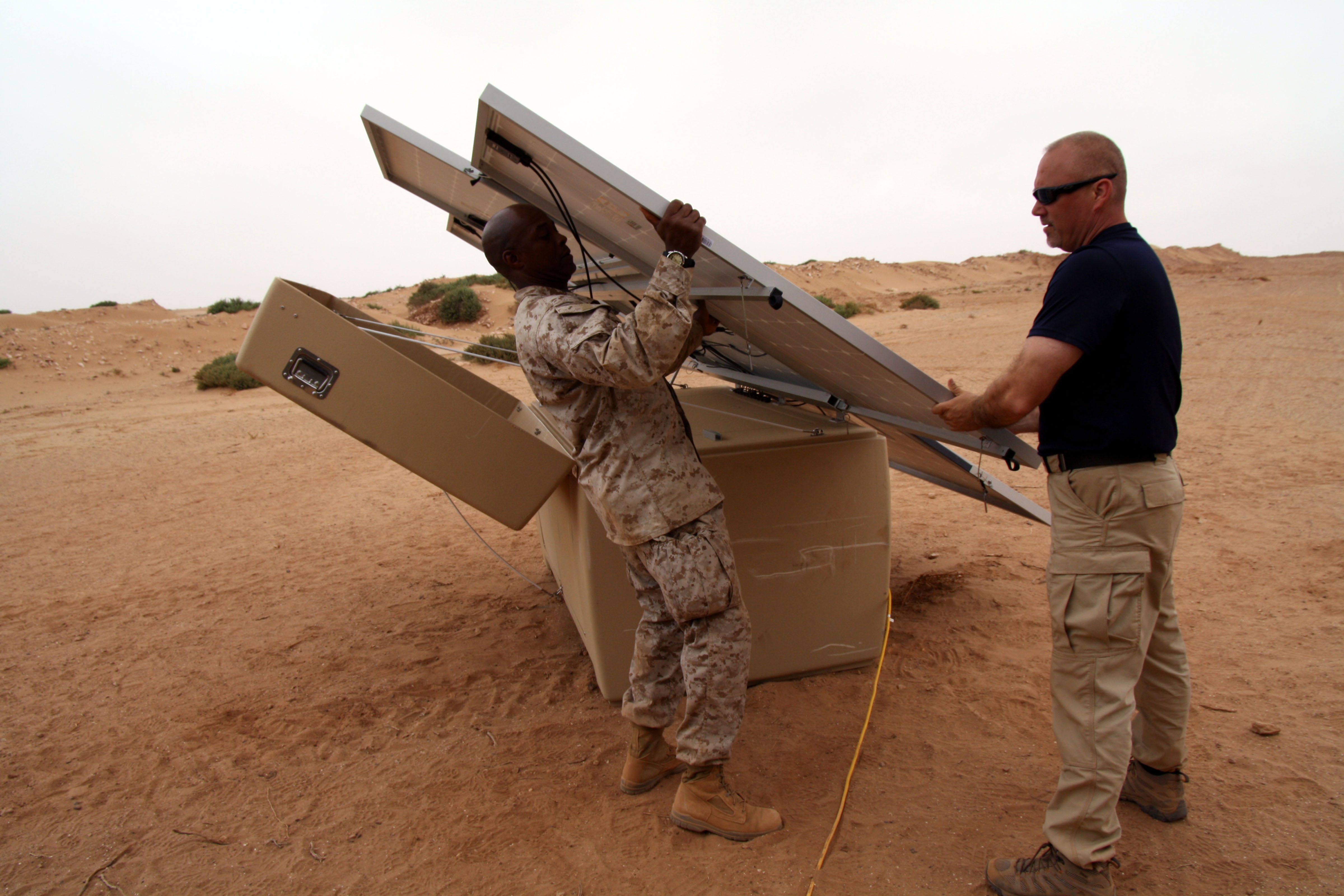 On November 30, 2015, the world leaders will gather in Paris for annual the Conference of Parties (COP) to review the implementation of the UN Framework on Climate Change (UNFCC). There will be a multitude of NGOs, business leaders and politicians at this 12 day conference. However, there is one group that is usually overlooked when it comes to combating climate change—the world’s militaries. Throughout history, military technological innovations have led to huge leaps in human capability.

Something most people would view as mundane now, sanitary napkins, were developed in the trenches of WWI. They were developed for use as field bandages, because they were more absorbent, cheaper and more plentiful than traditional surgical cotton. Another technological innovation that became widely popular during WWI was the wristwatch. The popularity of the watch grew as timing in war became more important and manufacturers developed watches which kept both hands free in the heat of battle. These technological innovations would continue into WWII and would have an even greater impact on society.

Similarly, the Second World War led to such inventions as penicillin, radar and the microwave. Penicillin alone has saved millions of lives and is still one of the most effective antibiotics humanity possesses. The drug is credited with saving 12 to 15 percent of the Allied wounded in WWII. The technological advancement associated with military missions continues to this day and has major implication for humanity’s ability to adapt to a changing climate.

The military has spearheaded technological change in the past and this key industry should not be ignored at the COP talks. For one the US military alone is one of the single largest users of petroleum in the world. The US Department of Defense consumed about 117 million barrels of oil in 2011. Their contributions to global Greenhouse Gas (GHG) emissions should secure them a position at the negotiation table alone. Military establishments are also developing new green technology, which could be an asset in the UNFCC implementation.

The US military’s recent involvement in Afghanistan and Iraq has led to small but promising technological innovations. For example, the Navy recently announced that SEALs will use solar technology to power up equipment and purify water while on the move, and even refrigerate medical supplies. The potential of having mobile sources of solar power could have wider applications in society and help mitigate the effects of climate change.

Another important innovation is the development of small modular nuclear reactors (SMRs). These devices would be used to generate electricity quickly at military bases in remote and desolate locations. These SMRs are still in the early stages of commercial application, but greater military application could help off-set some of the Research and Development costs.

One of the greatest challenges is to have these technological innovations transferred to the civilian sphere for widespread application. The Internet is one of the most recent examples of military innovation having widespread application. This is not a recently invented technology, ARPA began using it in 1958, but it was not until after the Cold War that the Internet become a publicly accessible good. The military does not develop technology for widespread civilian use. It is mainly worried about cost and threat reduction. The commercial and social benefits for military products are simply positive spillovers.

These military innovations are not solely about fighting climate change, even though the Pentagon acknowledged that climate change can be a threats multiplier. The US military’s renewed focus in climate change is also more selfish in nature. Thomas Hicks, the Navy’s Deputy Assistant Secretary for Energy, highlights this more self-centered view. “They’re about improving our combat capability, improving our mission effectiveness, and reducing our vulnerability to foreign sources of fossil fuel.” The innovations in the area of energy and fuel consumption are more focused on improving combat effectiveness than solely fighting climate change.

These mobile sources of energy, in the form of solar and other energy efficient technologies, also led to a reduction in casualties. Attacks on fuel resupply convoys accounted for more than one-third of US Army casualties in Afghanistan in 2007. Employing renewable or more energy efficient alternatives, cuts down on the chance of being attacked on a fuel supply run. Technological innovation in the area of more efficient fuel sources will save lives and have the positive externality of reducing emissions.

To stimulate the application of these technologies in the public sphere, the US government may need to boost the commercialization of energy technologies through seed funding. More support at the international level, such as at COP Paris, would also potentially lead to a great commercialization of these technologies. It would at the very least raise the profile of these advances and bring together business and military leaders. If the international community hopes to meet its target of 2 Celsius there needs to be greater cooperation amongst all partners, including the military establishment.