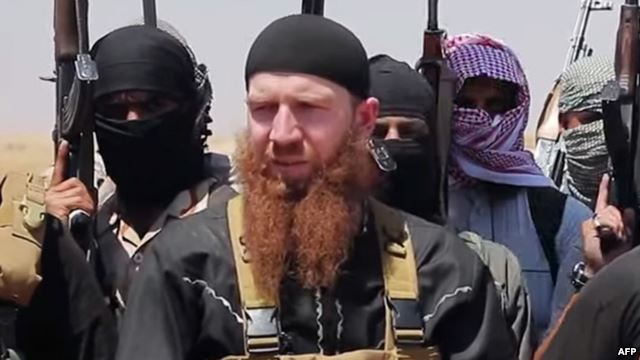 As Chechen and other North Caucasus militants align themselves with the Islamic State (IS), the potential for another terrorist insurgency in the war-riddled North Caucasus is growing.

In the late 1990s and early 2000s, high-profile terror attacks committed by Chechen separatists were the Russian Federation’s greatest security threat. After taking office at the end of 1999, President Vladimir Putin brutally crushed this insurgency during the Second Chechen War and installed repressive, pro-Moscow Chechen leaders to prevent a large-scale resurrection of the movement.  Yet many Chechen militants are now pledging their allegiance to the Islamic State, threatening to reignite the ashes of their once scorching Islamist insurrection and presenting a security challenge that Moscow should not overlook.

Chechnya’s history of secessionist conflict with Russia dates back to the 1800s, when the Romanov Empire spent 40 years subduing the Caucasus. Since being incorporated into the Russian Empire, the Chechens have continued to fight for their independence and consistently faced brutal repression for insubordination.

A notorious instance of such repression came in 1943-44, when hundreds of thousands of Chechens and other nationalities were deported to Central Asia to squash their secessionist aspirations. As they were placed among other Muslim peoples, the Chechens emphasized their unique cultural and ethnic identity in order to prevent assimilation. When they were allowed to return home in 1957, the driving force behind the Chechen independence movement was ethnic nationalism, not religion.

This changed in the 1990s, when the Soviet Union collapsed and the Chechens once again fought for independence. During this time, Chechen elites embraced radical Islam as a unifying force and an ideological justification for the conflict. Chechen warlords were observed changing their style of dress, rhetoric, and drinking habits to align themselves with Wahhabi laws, a sect of Islam not native to Chechnya.

The leader of the Chechen insurrection was Shamil Basayev, who was responsible for a series of brutal attacks on civilians, including the 2004 Beslan school siege that killed more than 350 people. Following Basayev’s death in 2006, Chechnya’s jihadist movement fragmented without strong leadership. Small-scale attacks continue to occur, but they do not compare to the large scale, highly coordinated attacks of the previous decade.

While the Kremlin has effectively eliminated the leadership of the Chechen insurgency, neither Russia nor the Chechen government, currently led by Ramzan Kadyrov, has taken significant measures to address the root causes of the movement.

Economically, Chechnya is improving. Yet years of war have destroyed much of its infrastructure and it is still marred by corruption, high unemployment, and severe inequality. In addition, criminal and gang activity in the republic remains high.

Politically, Chechnya has substantial legal autonomy from the Russian state, but in practice this autonomy is largely inconsequential due to Kadyrov’s strong relationship to Moscow.  As a result, many Chechens see Kadyrov as a Russian weapon in Chechen guise and desire true independence.

Kadyrov’s regime employs severe tactics to repress dissent and maintain control. In December 2014, the IS-affiliated Caucasus Emirate orchestrated a strike in the capital city of Grozny, leaving 11 attackers, one civilian and 15 policemen dead. Members of Kadyrov’s security force then stormed a small village where the attackers’ families lived, burning and bulldozing their homes to the ground.

Chechen authorities also utilize torture and intimidation against those with alleged links to the rebels, often without evidence. State-sanctioned “disappearances” are common, according to Human Rights Watch. Analysts argue that Kadyrov’s repression and reprisals only encourage radicalization and fuel anger towards the Russian government.

The alarming number of Chechen fighters engaged in foreign wars illustrates how Chechnya’s violent history breeds radicalization. Several hundred Islamist Chechen volunteers have traveled to Eastern Ukraine to fight in unpaid battalions against the Russians. They have been lionized for their ferocity in battle.

However, the larger threat will likely come from the foreign fighters that have traveled to Iraq and Syria to join IS. Estimates vary, but it is believed 1,000-2,000 Chechens are currently fighting there. Many Chechens and other radicals from the North Caucasus have joined the Aleppo-based group Jaish al-Muhajireen wal-Ansar, led by Chechen IS commander Umar al-Shishani (pictured above).

Shishani is a high-ranking member of IS and a skilled tactician. He is responsible for orchestrating the group’s rapid advance through Iraq’s Anbar Province in 2014 that launched IS into the limelight. Shishani has been reported dead several times, but his death remains unconfirmed. If Shishani is alive, his leadership experience, notoriety, and tactical skills would allow him to fill the leadership vacuum left by Basayev. New leadership under the IS banner could reignite the Chechen insurgency.

Shishani hails from the Panski Gorge in neighboring Georgia, 60 kilometres from Grozny. The Panski is a largely ungoverned village of approximately 10,000. Many residents are Chechen insurgents who fled across the border during the wars. As a result, the village is a hotbed for Islamic terrorism, and has been described as the “Harvard” of terrorist havens. Because the Panski is within Georgian borders, it is outside the grasp of Moscow’s security services.

This poses a strategic vulnerability for Moscow, as returning IS fighters can find sanctuary in the gorge and use it to stage attacks, similar to how the Taliban utilized Pakistan’s tribal areas when attacking neighbouring Afghanistan.

With the potential for Shishani to fill Basayev’s leadership role, the projected influx of well-trained and combat-hardened jihadists, and access to the considerable financial and military resources of the Islamic State, the threat of a resurgent insurgency in Chechnya is looming. While Moscow is preoccupied with military actions in Ukraine and sabre-rattling in the Baltics, it must not neglect the potential dangers on its Caucasian steppe.