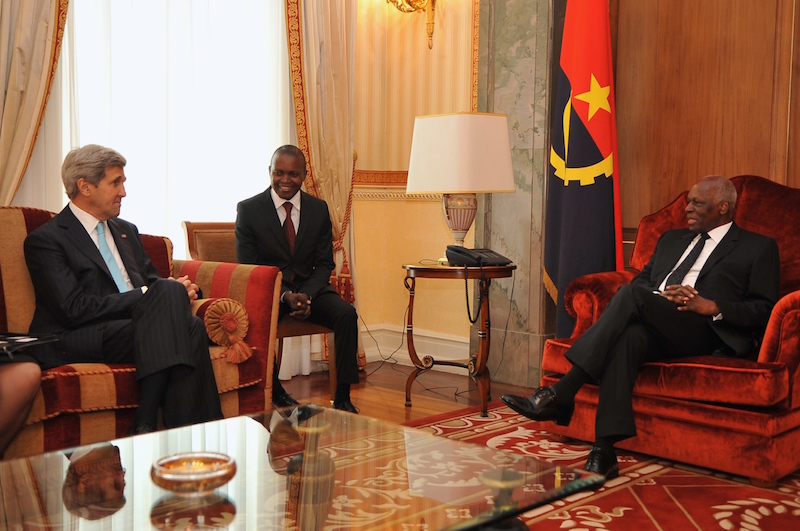 Shattered by five centuries of Portuguese colonialism and a 27-year civil war between the People’s Movement for the Liberation of Angola (MPLA), Angola emerged in 2002 as one of sub-Saharan Africa’s richest countries. On paper Angola’s economy is predominantly driven by its oil sector. Statistically, the oil production and its supporting activities contribute about 50% of GDP, more than 70% of government revenue, and more than 90% of the country’s exports. Diamonds contribute an additional 5% to exports. Despite a growth in economy, light needs to be shed on the scale of corruption and mismanagement in Angola.

The country with a population of 25 million people, whose official language is Portuguese, has a life expectancy of 50 years for men, and 53 for women. Over 63% of the population is under 25 years old. When it pertains to child and maternal mortality rates, Angola’s are among the highest in the world, where one child in five does not survive the age of five.

After the end of the 27-years civil war in 2002, under the leadership of President Jose Eduardo dos Santos, Angola has been labeled as one of the world’s fastest growing economy. However, many Angolans have accused him of being authoritarian for being in office since 1979, and also failing to distribute the money made from the oil sector, more widely within Angola. Hodges emphasizes how the nomenklatura is responsible for all the wealth distribution in Angola by saying that “The rent from oil is used primarily to satisfy elite interest and finance means of retaining power, through expenditure of security and patronage, rather than to promote social and economic development”.

Angola is the third largest economy in Africa, with a GDP of US $121bn in 2013, and is China’s principal trading partner in Africa, with USA coming second. However, 70% of Angolans live on less than $2 dollars a day. Between 2007 and 2010 IMF reported that $32 billion of oil revenue went missing. The rich get richer in Angola, where only a selected few have access to clean water, health, education, public order, justice, energy, and infrastructure.

Dos Santos controls where the wealth is distributed, and as such, has put his billionaire daughter, Isabel dos Santos, in charge of the state energy company. At the age of 43 Isabel is worth USD $3.5 billion, and not only is she the only female billionaire, but the continent’s youngest as well. President Dos Santos has designed the system to extract money from his country whether he rules it or not. If he gets overthrown, he can attain the assets from his daughter. If he dies she keeps all his fortune.

Angola has ranked as one of the most corrupt countries, since the inception of the United Nations Development Programme’s Human Development Index (HDI). Through 2006 to 2009, Angola has consistently ranked between 157 to 162 out of 180 countries.

Angola remains an example of problems that have arisen in some resource-rich developing states. The elite are taking advantage of the unique opportunities that arise from the oil sector for self-enrichment, the people pay the ultimate price when education and health care is nearly non-existent. There is not enough transparency for accountability, and the rulers are living a luxurious lifestyle with no consequences.