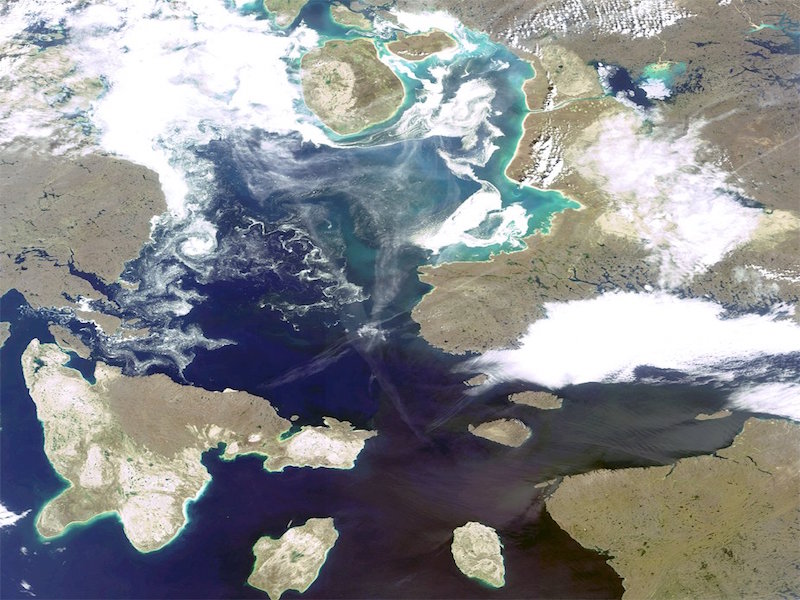 In June 2018, a Canadian House of Commons Standing Committee on National Defence (NDDN) report recommended that the Government take on a leading role in NATO in relation to Arctic defence and security. This proposal, in large part, was precipitated by concerns over the Russian military build-up currently underway in the Arctic. Although embryonic, the recommendation marks a departure from Canada’s traditional stance that NATO’s role in the Arctic should be limited. Such a notable shift in Canadian defence thinking provides an opportunity to reassess NATO’s approach towards the Arctic and examine how NATO could strengthen its position by assuming a larger role in the High North. If the NDDN report reflects a policy shift, then the present moment provides an opportunity for Canada to take a leadership role in placing the Arctic on NATO’s agenda.

NATO in the Arctic

Generally, the Arctic appears to be very much an afterthought in NATO’s strategic thinking. The Alliance does not have an agreed upon position on its approach to the High North, despite Russia’s clear strategic interest in the region. The latest roadmap outlining the threats facing the Alliance, the 2010 NATO Strategic Concept, does not mention the Arctic, nor did the NATO Brussels Summit Declaration authored in July 2018.

Since 2014, Russia has drastically stepped up its militarization of the Arctic: reopening Soviet-era military bases, announcing the creation of a new icebreaker fleet, and stepping up naval patrols and submarine activities. NATO’s apparent lack of interest in the Arctic leaves it at risk of falling severely behind as Russia continues to build upon its military capabilities in the region.

NATO states that border the Arctic have many disagreements on how best to handle security discussions in the region. Norway has played a leading role in calling for greater NATO involvement, but other Arctic-NATO states, such as Canada, have been hesitant to expand the role of the alliance to the High North. Canada, for example, has traditionally viewed the Arctic as falling entirely under the purview of Arctic states; it is hesitant to give non-Arctic states greater say in the affairs of the region even if this is achieved through NATO. The report by the NDDN represents a departure from this line of thinking.

There have also been concerns that an expanded role for NATO in the Arctic might exacerbate tensions in a peaceful area which has thus far been effectively managed by institutions such as the Arctic Council and the United Nations Convention on the Law of the Sea.

In the face of an emboldened Russia, NATO has begun to perceive its strategic interests more in terms of the traditional security threat posed by that country. It is now becoming more difficult for Arctic NATO states to view the re-arming of Russia in the Arctic as the mere restoration of Russia’s military after decades of decline. Events in Ukraine and the subsequent postures assumed by NATO and Russia have created a level of uncertainty and mutual mistrust which means the hitherto successful model of Arctic cooperation cannot be taken for granted.

Given Russia’s dominance in the Arctic, it is natural that NATO will begin to look northwards when contemplating high-level strategy. Evidence suggest that this is happening already.

At the 2016 NATO Warsaw Summit, NATO condemned in strong terms Russian actions in Ukraine and noted Russia’s willingness to attain political goals by the threat and use of force. NATO also committed troops to the Baltic states and affirmed its readiness to deter any form of aggression, including to the “maritime approaches of NATO territory”.

More recently, a decision was made to establish NATO Joint Force Command for the Atlantic in Norfolk, Virginia, which will allow greater coordination of Alliance missions in the northern Atlantic.

NATO is thus slowly taking notice of the region. However, NATO and its independent member states remain far behind Russia in terms of Arctic military capabilities

One possible consequence of NATO’s lagging behind in the Arctic is that Russia’s capabilities in the High North will reach such a level that, in the event of a crisis, Russia’s military superiority will allow it to deny NATO access to the region.

Expanding NATO’s Role in the Arctic

The Arctic remains a peaceful region characterized by cooperation but also growing military activity. Given this, NATO members should seek to place the Arctic high on the Alliance’s agenda. To enhance NATO’s capabilities in the Arctic, some observers have recommended increasing situational awareness, including greater air and sea patrolling and policing as well as instituting anti-submarine warfare activities and enhancing air defence capabilities.

The 2016 Warsaw Summit saw a commitment by allies to enhance situational awareness in the North Atlantic. Extending this commitment to include the Arctic would, at the least, allow allied states to monitor developments in the region. Further efforts to increase and strengthen NATO exercises in the High North would enhance the ability of member states to operate in the environment.

It is ultimately the responsibility of individual NATO member states to commit resources to their respective militaries and conduct operations within their own jurisdictions. Canada could lead by example through enhancing its existing military capabilities in the Arctic, something it has committed to do in its latest Defence Policy, and also by pushing the view that the Arctic ought to be considered through the context of NATO-Russia relations.

Overall, the key consideration is that NATO states be better prepared for the range of security threats which might present themselves in the Arctic – both traditional and non-traditional – and exercise a greater deterrence function in key areas of strategic priority against an emboldened Russia.

Existing governance bodies and norms have proved remarkably successful in managing the Arctic. Regardless, NATO must present a cohesive, unified front against Russia in all areas of strategic importance. The Arctic should be no exception. Any output of strategy from NATO requires consensus from its member states; Canada should, therefore, actively support an expanded role for NATO in the Arctic.