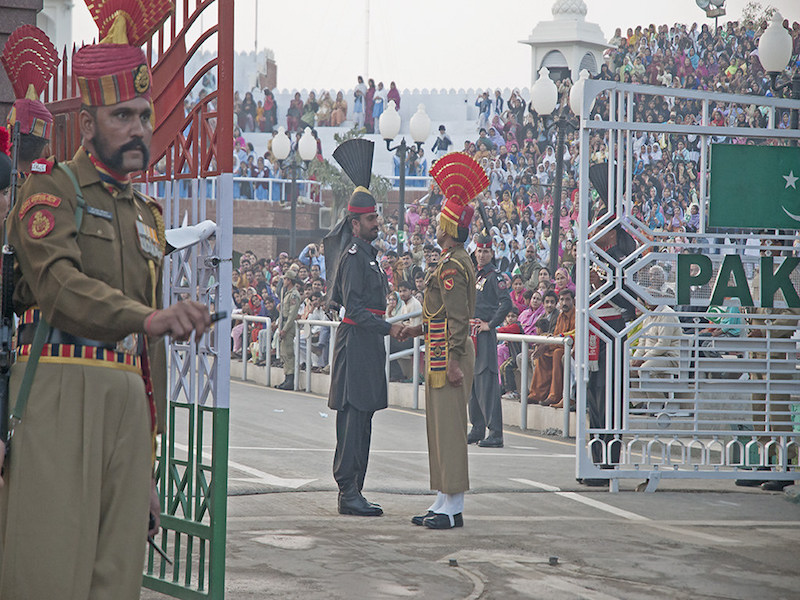 At the last World Economic Forum in Davos, Pakistani Prime Minister Nawaz Sharif discussed the economic benefits associated with normalizing trade with India. By all accounts, the enhancement of bilateral trade relations will be mutually equitable both economically and politically.

According to economists Ninsha Taneja, Mishita Mehra, Prithvijit Mukherjee, Samridhi Bimal and Isha Dayal, the trade potential between India and Pakistan, excluding natural fuels, is valued at an estimated $10.9 billion (USD). Estimates by the International Monetary Fund place the total value higher at approximately $40 billion (USD). For India-to-Pakistan trade, textiles, chemical products and machinery possess the greatest export potential. At the disaggregated level, the top items include mobile phones, cotton, tea and petroleum products. For Pakistan-to-India trade, textiles, jewellery and precious metals posses the highest export potential with steel, cotton, base petroleum fuels and metal scrap being at the top of the disaggregated list.

While bilateral trade has grown by a factor of nine from 2000 to 2011, the total trade volume still stands at a low $2.4 billion. India accounts for only 3% of Pakistan’s total trade while Pakistan accounts for less than half a percent of India’s. According to Moshin Khan of the Peterson Institute for International Economics, there is still much to be done in order for the trade relationship to realize its fullest potential. In the short-term, both governments can ease visa restrictions, allow direct export/import shipping routes, open additional border crossings, increase air links, open more customs ports and allow the cross-border establishment of financial institutions. Longer-term reforms include reducing the number of trade items classified as “sensitive”, lowering tariffs, harmonizing customs procedures and instituting a bilateral energy trade.

The climate of tension and mistrust surrounding Indo-Pakistani relations stems from their tumultuous and adversarial shared history initiated by the bifurcation of the Indian subcontinent in August, 1947. The violence and trauma of partition claimed the lives an estimated 200,000 to 1.5 million Hindus, Muslims and Sikhs while uprooting 14 million people from their homes set the antagonistic tone of their relationship. Tensions have seldom eased in the following decades due to competing territorial claims, national rivalries and the mutual acquisition of nuclear weapons. The restrictive trade regulations instituted by both parties were a manifestation of this historic rivalry.

A normalized trade relationship can be instrumental in ensuring a sustainable regional peace. Trade and commerce thrive in environments that are orderly, stable and predictable. If both states are dedicated to the project of normalizing and enhancing trade, there will exist great incentive to address areas of mutual concern such as Islamic militancy, nuclear de-escalation and the territorial imbroglio in Kashmir. Additionally, the prospect of closer commercial ties will compel both governments to adopt long-term consistent policies. In a healthy business environment, rules regarding trade and border policies cannot be susceptible to radical arbitrary change following a skirmish, exchange of fire or terrorist attack. The desire to maintain good trade relations might prevent such incidents.

Despite the benefits detailed above, little tangible progress has yet been made in bilateral trade enhancement.  In point of fact, it appears that the unresolved environment of hostility has motivated both countries to consciously work around one another, with far-reaching geopolitical implications. Pakistan is bypassing India with the receipt of a $46 billion (USD) investment to create a corridor linking Gwadar to China, which will undoubtedly measure the long-sustained tensions between India and China. These hostilities stem from outstanding border disputes in Arunachal Pradesh, China’s efforts to block Indian membership in the Nuclear Suppliers Group, and the ongoing naval rivalry over Indian Ocean dominance.

In order to check China’s designs in Africa and South Asia, India has bypassed Pakistan by developing the Iranian port of Chabahar as a means of accessing markets in Central Asia.  Japan, for similar reasons, has become an equal partner in this endeavour. Unsurprisingly, the Indo-Japanese agreement also includes an explicit commitment to strengthen bilateral naval ties. As one can see, the political rift between Pakistan and India, manifested in the realm of trade, has resulted in the escalation of a diplomatic contest between the major powers of Asia over market-access, natural resources and naval superiority.

Despite the genteel and ceremonious affectations exchanged in Davos, mutually shared hostilities have plagued the prospect of harmonized bilateral trade relations. At present, both India and Pakistan have backed away from cooperation and reconciliation. Instead, they have chosen to pursue a trade and economic policy that institutionalizes the mistrust that has characterized their relationship for decades. This trajectory can be damaging to the peace, order and security of Asia and the world.