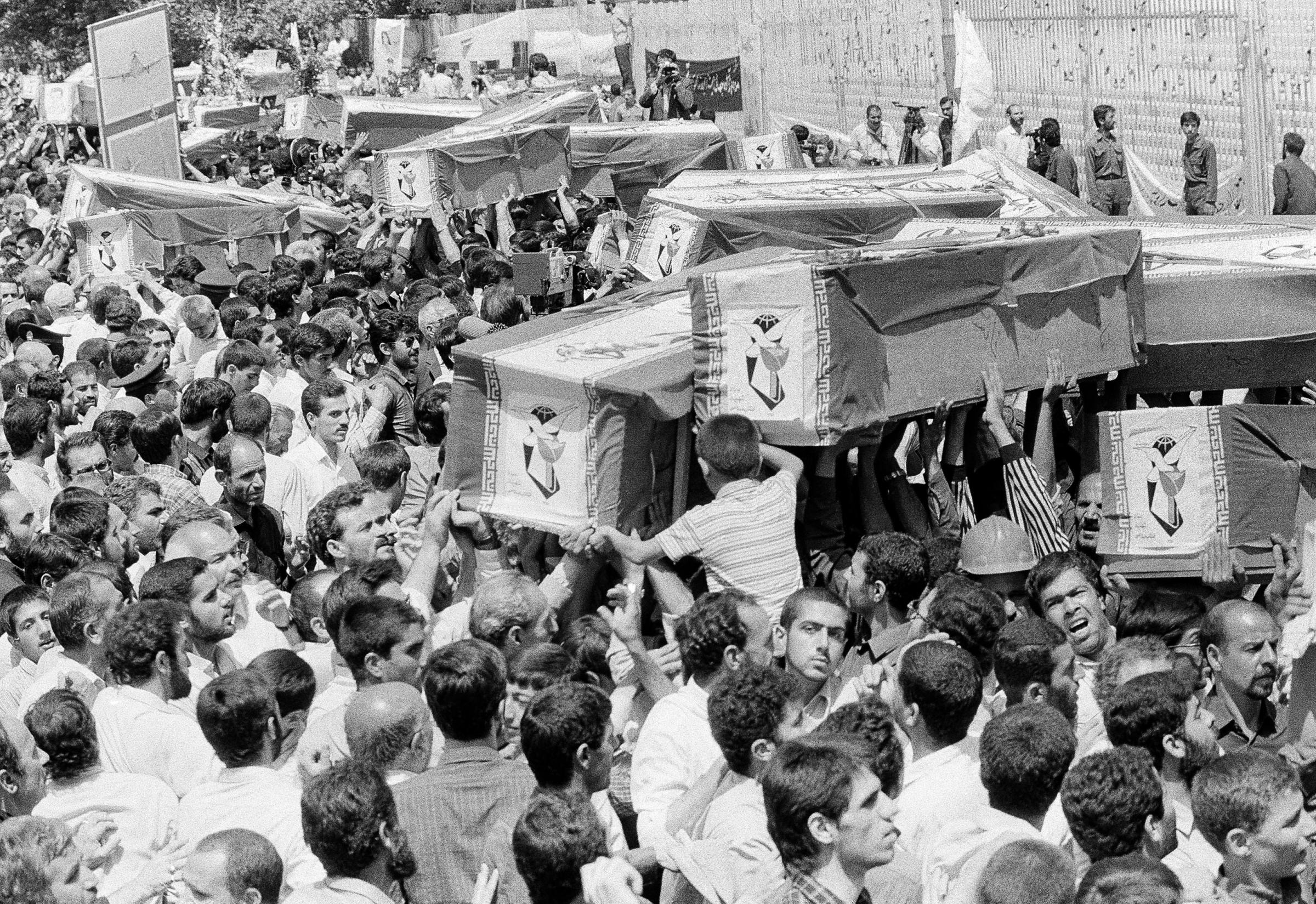 There is much to be learned from comparative crisis management, especially when the crises in question are products of the countries’ own making.

The aftermath of an international crisis raises numerous questions to which the culpable nation must respond:

Who are the responsible parties?

Could the crisis have been avoided?

And, perhaps most importantly, what must be done now in order to make the situation right?

How the guilty nation addresses these questions and assumes responsibility for its own actions functions as a window into how that nation sees itself, and how it wishes to project itself to the world and its citizens.

We are morbidly fortunate to have two grisly, yet illuminating subjects for this comparative undertaking.

And these disasters were perpetrated by two nations which have long considered themselves international opponents.

International civilian flight Iran Air Flight 655 was shot down on 3 July 1988 over the Strait of Hormuz in the Persian Gulf. 290 passengers and crew were killed, making it the eighth-deadliest air disaster in history. The aircraft was shot down by the USS Vincennes, a United States Navy guided missile cruiser, which mistook it for an F-14 Tomcat fighter plane.

Civilian passenger flight Malaysia Airlines Flight 17 (MH17), victim of the seventh-deadliest air disaster, was shot down on 17 July 2014 over Donetsk Oblast while traveling from Amsterdam to Kuala Lumpur. 298 passengers and crew were killed after the civilian aircraft was mistaken for a Ukrainian AN-26 military transport plane.

The details surrounding the MH17 crash are somewhat nebulous; however, independent investigation reveals that the most likely perpetrators were Russian-backed separatists operating in Donetsk Oblast, and the theory of direct Russian responsibility has not been ruled out as a possibility.

Comparing these two tragedies necessitates a thorough examination of their many stages: the preceding political situations, the crashes themselves, and the aftermaths.

Throughout this comparison, many similarities present themselves, and these similarities have often been used to draw false equivalences between the two tragedies.

These falsities benefit the Putin apologists, many of whom wield Flight 655 as a tool for twisting and oversimplifying this complex issue into a fallback argument which highlights the nominal hypocrisy of the United States claiming the moral high ground over the MH17 disaster.

However, it is not the similarities, but rather the stark differences which serve to define these two countries’ responses to guilt, responsibility, and crisis management.

The first noticeable divergence between the two disasters presents itself when examining the reason for the culpable country’s initial involvement in the conflict.

In 1984, the violence of the Iran-Iraq War expanded to the seas with the establishment of the “Tanker War,” in which both belligerents repeatedly fired upon noncombatant vessels traveling through the Strait of Hormuz.

Amid incessant threat of attack, in 1986, Kuwait, a noncombatant state allied with Iraq

, appealed to the international community to protect its shipping interests in the strait. The United States responded with Operation Earnest Will: a “reflagging” campaign in which Kuwaiti tankers were protected under the auspices of the American flag and supporting American vessels.

It was under these circumstances that the USS Vincennes mistakenly identified Iran Air Flight 655 as a military aircraft and shot it down in July 1988.

The cruiser was part of a sizeable contingent of American military vessels participating in Earnest Will, which was established in order to reinforce United Nations Security Council Resolution 552, drafted in 1984. The resolution demanded “that such attacks should cease forthwith and there there should be no interference with ships en route to and from States that are not parties to the hostilities.”

The specific actions of the Vincennes were certainly negligent and violated the Right of Hot Pursuit, as described in the UN Convention on the Law of the Sea; however, at the time of the disaster, the contingent of American military vessels was operating legally in the region, with the backing of the UN.

The same cannot be said for Russian aggression in the Donbas, the region containing the Luhansk and Donetsk Oblasts over which MH17 was shot down.

The findings of an independent Dutch probe, corroborated by open-source investigation group Bellingcat, have revealed that MH17 was shot down by a Russian-made Buk surface-to-air missile system, launched either by Russian-backed Ukrainian separatists, or Russian troops themselves.

The 2014 Russian annexation of Crimea and subsequent territorial incursions into the separatist enclaves of Eastern Ukraine repeatedly violated the 1994 Budapest Memorandum, which states that the signatories, which included Russia, the United States, and the United Kingdom, would “respect the independence and sovereignty and the existing borders of Ukraine,” and “reaffirm their obligation to refrain from the threat or use of force against the territorial integrity or political independence of Ukraine.”

Although the immediate responsibilities for these two tragedies lie with the parties that did the shooting, the downing of MH17 is unique in that both the crash and the establishment of the enveloping political quagmire were products of the same nation.

The subsequent actions of the two perpetrating nations in the aftermaths of both air disasters boast an alarming, yet unsurprising similarity: both countries attempted to shield themselves from wrong-doing by engaging in a media, legal, and political cover-up.

Admiral William Crowe, Chairman of the Joint Chiefs of Staff, revealed in 1992 that he and other American policymakers had attempted to conceal the truth in 1988 by deflecting blame unto the Iranian pilot of Flight 655.

To this day, Russian policymakers have continued to deny both belligerency and agency in the downing of MH17 and the surrounding war in the Donbas.

However, their efforts are undermined by the towering mountain of contrary evidence, including a highly incriminating phone conversation between separatist commanders immediately after the crash, VKontakte posts proudly proclaiming a direct hit on the plane (before shortly being removed thereafter), and implicating photographs and videos taken by nearby civilians.

Both sides have certainly withheld crucial details regarding the specifics of the disasters; however, it is the United States, and not Russia, that has taken significant and transparent steps towards admitting some form of responsibility.

In 1996, the United States allowed the case of Flight 655 to appear before the International Court of Justice, during which American representatives expressed “deep regret caused by the loss of lived caused by the incident.” The subsequent settlement amounted to a total of $131,800,000, with $61,800,000 allotted to the families of the victims.

Conversely, Russia has adamantly refused to allow the case of MH17 to be reviewed by any international court.

Shortly after the one-year anniversary of the crash, President Putin vetoed a UN Security Council resolution which sought to establish an investigative tribunal for prosecution of the guilty individuals. He dismissed the idea as “premature and counterproductive.”

On the anniversary of this tragic event, It is difficult to think of another comment that could be more offensive, insensitive, or indicative of Russian culpability.

The actions of the Vincennes and the United States as a whole were unquestionably negligent, and this negligence cost 290 innocent civilians their lives.

However, before pointing a finger at the American condemnation of Russia’s actions and crying “hypocrite,” consider that Operation Earnest Will, like its name suggests, was undertaken with the sincere intent of maintaining regional stability, whilst Russia’s actions in Ukraine have intentionally achieved the opposite effect.

With these notions of aggressive Russian political intent in mind, consider this: The downing of Iran Air Flight 665 was certainly a serious and tragic mistake, but as Wright Smith of the Harvard Political Review expresses, “the downing of Flight MH17 was worse than a mistake; it was a crime.”