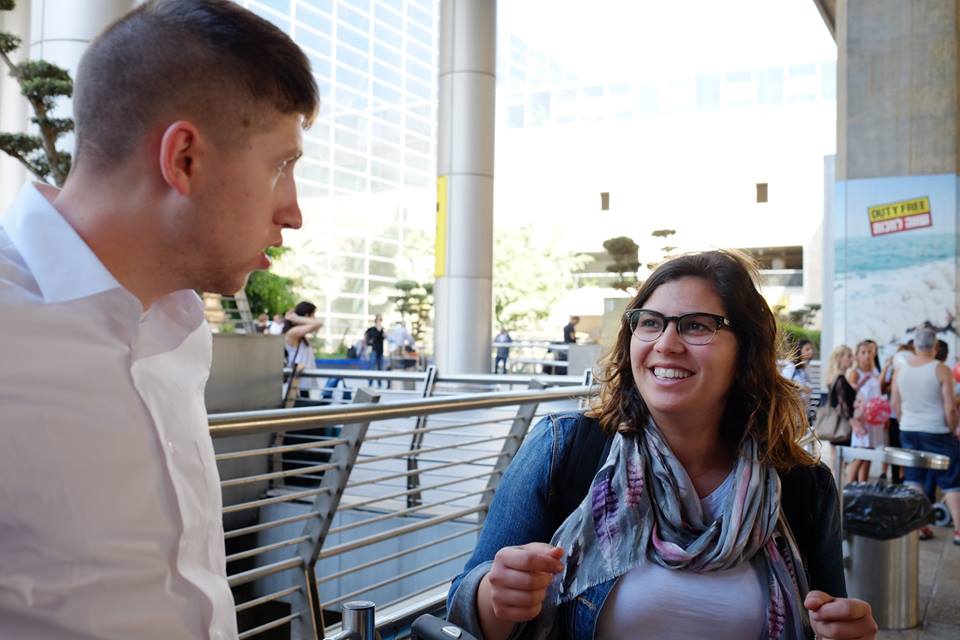 Over May 17-29, 2016, a field study conducted in conjunction with the Olmsted Foundation and Fulbright Canada was conducted in Israel to analyze the ongoing Israeli-Palestinian conflict. The team was comprised of eight students and two professors representing Norwich University, the Royal Military College of Canada, and the NATO Association of Canada. The six Norwich University students were all commission track officers in the American military, while the Canadian students were comprised of a reservist in the armed forces and a NATO Association of Canada Program Editor.

The field study led the team through Jerusalem, Haifa, and Tel Aviv to studying the Israeli-Palestinian conflict. Along with this goal, a central focus of the project was to integrate a gendered analysis to peace and conflict studies. Using the guidelines of UN Security Council resolution 1325, this field study sought to commit to integrating a gendered perspective to conflict. This article will focus on the importance of including a gendered lens to conflict analysis, while future features will draw on case studies to exemplify the gendered components specific to the Israel-Palestinian conflict.

Conflict as a unit of analysis

Often, a gendered analysis to conflict is seen as an “add and stir,” approach, which is standard of the academic attitudes towards studying gender. However, this method is unsatisfactory in terms of adequately assessing how essential gender is to conflict studies. More appropriately, gender must be integrated throughout the conflict analysis process as a primary focus. However, this analysis will primarily focus on the experiences of women, rather than gender. Although this approach is not comprehensive of gender, it highlights certain key elements.

Conflict is a deeply gendered issue; it impacts men, women, and children to different degrees. In particular, conflict has been found to have a disproportionately negative impact on women. More importantly, it is unthinkable to create a comprehensive strategy to solve conflict when practitioners omit 50 percent of the population. Women’s exclusion from conflict prevention, resolution, and peace building strategies are multi-faceted. In 2011, UN and UNWomen officials looked at the progress made since resolution 1325 was passed in 2000. There was an overarching consensus that serious gaps persist that directly have a negative impact on women in particular. This gap between rhetoric of policy and implementation strategies is large, and addressing the disparity became a key feature of the field study.

There have been countless calls from the international community to reconsider the lack of women in leadership positions who carry authoritative decision-making capacity. With UN Secretary General Ban Ki-moon’s call in 2011 to increase women’s participation in conflict resolution and leadership, and to protect women and girls worldwide from abuses. Although he stressed UN member states should “do more,” the stipulations of funding and increased social services were vague. Additionally, Ban spoke to the UN’s commitments to preserving other gender-based resolutions such as 1820, 1888, 1889, and 1960. Nonetheless, no significant progress has been made to advance gendered as a primary concern in conflict studies.

vWorking from these inconsistencies in international policy, there are two distinct outlets that the field study aimed to cover with respect to advancing women’s interests. In conflict zones, an issue that directly impacts women is access to social services. In times of conflict, women are tied to a double burden. In 2001, the International Red Cross published a document entitled Women facing war to outline the distinct challenges women face with respect to conflict. It outlines women face the triple burdens from access to aid, entrepreneurship opportunities, while maintaining a household. Now, 15 years later, change has not occurred at the expected rate. Within the Israeli-Palestinian case, this shortcoming is seen among the women and girls in the West Bank and Gaza.

With respect to peace building, the issue of women’s inclusion within the military impacts how conflict and peace building are understood. In most circumstances, women do not take part in active duty combat, which further draw gendered divides to how conflict is resolved. As armed fighters, women again are confined within the gendered roles, as they are held responsible for preserving the home and community. However, in the case of UNSCR 1325, Israel presents a unique case, in which both women and men are conscripted into the armed forces. Including women in high profile, decision-making roles is imperative to the peace building process.

These omissions and inclusions in the Israeli-Palestinian case relay how considering women is at the crux of conflict studies. The strong links that gender has to peace and conflict highlight how experiences such as the Olmsted-Fulbright field study are critical for further engaging with gender as a primary concern. This field study allowed students to begin this process by intertwining gender into the inquiry while simultaneously engaging in a dialogue with academics, practitioners, and civil society. Throughout the next few weeks, both the humanitarian and military lens will be explored in greater depth. Ultimately, it is vital to reinforce the significant of integrating a gendered analysis to conflict studies beyond the “add and stir,” approach.

Image courtesy of Kyle B. Vu.