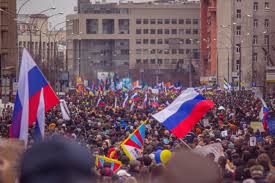 Battle for Sevastopol is a biographical film about a female sniper of the Red Army during the Second World War released in April this year. Lyudmila Pavlichenko, an ordinary college student from Soviet Ukraine, discovers her talent in marksmanship after a shooting match. When the war begins, she enlists in the sniper unit. With an exceptional artistic touch, the film successfully illustrates the cruelty of the war from the view of a woman who had to do what was necessary to survive.

In comparison to other Russian war films released in recent years, such as The Brest Fortress and Stalingrad, the film does not exaggerate the war crimes committed by the Nazis. Moreover, Pavlichenko is not driven by a patriotic conviction to her motherland or the burning desire to destroy the enemy. When the authorities discover her exceptional marksmanship, she is ordered to complete a six-month training course for amateur sharpshooters. As the war continues, she loses her loved one and transforms into a ruthless killer. For a while, she seems heartless, only driven by the hate towards the enemy. But thanks to those who are around her, she regains her humanity.

Interestingly, the film contains a strong satire about the way Soviet authorities treated their soldiers. The Soviet officials appear as a heartless people who show no sympathy for a woman who is heartbroken. Their lack of sympathy is demonstrated in a scene where Pavlichenko is on her sickbed, overwhelmed by the grief from losing her lover in combat. A group of high-ranking officers walk into the sick bay and force her to get up and get dressed for a propaganda shot. Given the fact that Russia is unofficially in a state of war, it is surprising that the scene was not omitted.

Director Sergei Mokritsy has confessed to the media that it is his wish to see the film “uniting” Russians and Ukrainians together in their common history of fighting the fascism together. In fact, the film was a joint effort funded by both Russia and Ukraine. The film was shot in Crimea shortly before the crisis began in 2014. Some would consider Pavlichenko as an icon of unity between the two nations. After all, she was an Ukrainian who fought alongside her Russian comrades in defending the land where the two nations had been living together for centuries. But it is still questionable whether the film can successfully restore the broken relations between Russians and Ukrainians.

The problem is that Ukraine and Russia now have a contradicting view on their Soviet legacy. While Russia cherishes the Soviet legacy and prides itself for its patriotic struggle against the fascists, Ukraine has taken a path away from its Soviet history. Even before the crisis in Ukraine began, Ukraine rigorously attempted to condemn the crimes of the Soviet Union against Ukrainians. One of them was the Ukrainian Parliament’s declaring Holodomor as “genocide” in 2006. The continuing Ukrainian resentment towards the Soviet legacy has been clearly demonstrated in the widespread movement to dismantle Soviet monuments across the country since the pro-EU Maidan protests.

It is most unfortunate that even such a well-made film is incapable of bringing peace to the two conflicting nations. Contrary to what Mr.Mokritsy hoped, the two nations now have completely different opinions on their common history. Without a genuine reconciliation to resolve the grievances of the past and the present, an attempt to restore the friendly relations between the two nations in the common history is a long shot.