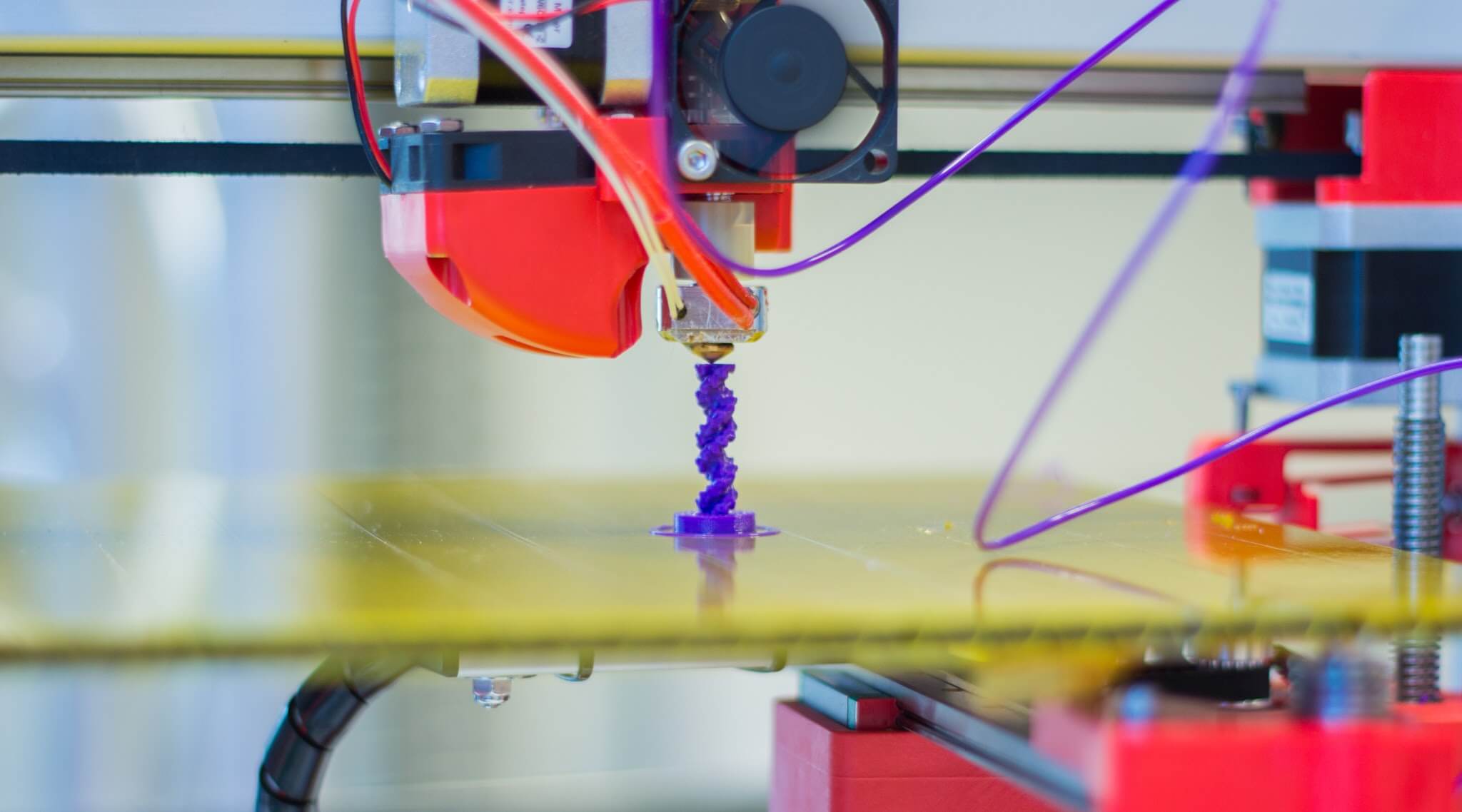 The process of Additive Manufacturing, more commonly referred to as 3D printing, is an emerging technology with tremendous capacity to change the way the world thinks about production. 3D printing has become a common term in the developed world. Hod Lipson, Director of Cornell University’s Creative Machines Lab and Melba Kurman, a technology analyst put it best, “in the not-so-distant future, people will 3D print living tissue, nutritionally calibrated food, and ready-made, fully assembled electronic components.”

While this seems like something out of a science fiction movie, it may be closer than we think. 3D printing technology has already advanced to the point of being able to produce nearly all the components for a fully functioning mini jet turbine engine capable of 33,000 RPM’s (or about double what is traditionally required of an F-16 fighter plan engine). If that is not amazing enough, NASA is also experimenting with the ability to ‘print’ biological synthetics to help create better materials.

While the advancements in 3D printing technology are both rapid and exciting, there are important implications to consider. As with most technological advancements, there is potential for good and bad. Canada, NATO, and the international community appear to be lagging when considering what this emerging technology might mean for domestic and global security. With the 3D printing industry reaching an estimated US $550 billion industry by 2025 it is definitely worth further interest.

Attribution has become an important issue with the prominence of cyber technologies. Attribution in security refers to the ability to establish responsibility for an action or item. Similar to the issue of attribution in the cyber realm, 3D printing offers challenges within international security and attribution. Untraceable printing methods allow for production that circumvents the traditional attribution methods that are essential to global security. 3D printing can bypass many traditional methods of regulation and monitoring, which is ideal for criminal or terrorist organizations and states that wish to remain (at least partially) anonymous in conflict. While there are obviously other methods of attributing an attack to an actor, 3D printing makes the concrete evidence necessary to attribution significantly more difficult to ascertain. The ability to detect and prevent is fundamental to global security and to Canadian and NATO interests. This capability is significantly weakened by the use of 3D printing technology, without taking into account the possible advancements in the future.

International regulation, monitoring and sanctioning of weapons and weapons systems is an integral part of security in the international community: specifically, sanctioning certain technologies from actors who may abuse them or pose a significant risk to conflict. 3D printing however, offers an opportunity to avoid or circumvent monitoring and regulatory checks. Criminal and terrorist organizations or rogue states could conceivably seek out 3D printing capabilities, and utilize them as an opportunity to vastly increase their strength at low cost and low risk. The ease of the production process and access to designs previously restricted allow these groups to expand their arsenal.

States could use 3D printing as a work around for traditional regulations and sanctions. A country facing long-term sanctions could print its own parts to supply weakened or crippled military vehicles. States who were previously weakened by restrictions on military and security technologies could develop opportunities to acquire a significant boost in capabilities. Without strict regulation, monitoring and sanctioning, Canada and NATO will need to re-examine international security and how it negotiates within a security context.

3D printing and its relationship to security is something that only recently has gained traction within policy and academic discussion. It will need to be developed quickly in order to catch up to a rapidly evolving industry. 3D printing technology has already proven it has the capacity to alter the current security landscape through the ability to print more advanced types of platforms. For example, the University of Sheffield demonstrated that within 24 hours, you could print, build, and fly a UAV entirely through current 3D printing technology. There is no telling where this technology will expand in five, ten or twenty years. While the future of 3D printing technology is uncertain, what can be discerned is there are far reaching implications on global security. This technology could fundamentally alter the way Canada, NATO and the international community approach international security.