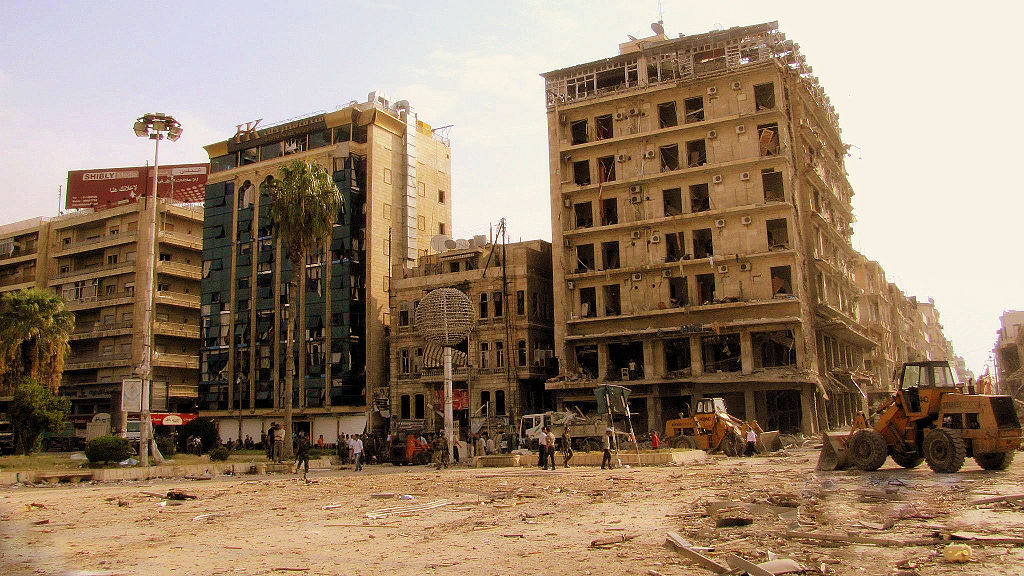 As the Islamic State’s territorial holdings dwindle, the group’s willingness to launch terror attacks around the globe will only increase. The group’s recent string of attacks, spanning the globe from Orlando to Dhaka, marks a shift in the group’s operational strategy, resorting to traditional terror attacks as a means of maintaining its image of “strength” and its presence in the international limelight as the borders of its self-proclaimed caliphate continue to shrink.

The Islamic State rose to international prominence in 2014 by combining its now trademark brutality with something few jihadist groups have been able to create—a functioning state.

ISIS’ declaration of a “caliphate” was a watershed moment in the world of radical Islamism. By resurrecting the caliphate, a historic and sacred Islamic institution, ISIS electrified members of the jihadi community who had long been critical of Al Qaeda’s failure to take any meaningful steps towards the creation of an Islamic state, an integral step in the “global Islamic revolution” Islamist militants desire.

In 2014 and early 2015, ISIS’ claims of Islamic state-hood and its blitzkrieg through Iraq and Syria was vital to its recruitment success and propaganda narrative. A key strategy in the Islamic State’s propaganda is to depict its caliphate as an Islamic utopia, an alternative to the Muslim world’s colonial-constructed nation states, which are viewed as a source of deep humiliation by the more extreme Islamists.

But beyond tapping into historic grievances, ISIS aimed to present itself as strong, victorious and unstoppable—or as Jessica Stern and J.M Berger argue, everything Al Qaeda was not. Al Qaeda’s propaganda, strategy, and justifications for violence, were premised on the “weakness” of the Islamic world. Al Qaeda often depicted itself as a radical Islamic David facing off against a Western, anti-Muslim Goliath. Al Qaeda viewed asymmetrical attacks like those of September 11 as a means of closing the drastic gap in military might between its modest contingent of fighters and the West’s all-powerful military machine.

ISIS on the other hand, strove to present itself as a great power, leveraging its initial ability to expand its caliphate, even in the face of the international coalition’s aerial campaign, to inflate its military capabilities—and it did so to great propaganda effect. This narrative of victory is a crucial factor in ISIS’ recruitment successes. By channeling a sense of military prowess and glory in its propaganda, ISIS provides a pathway for young, disaffected men to feel a part of something bigger than themselves. This “image of strength” also attracted many former Al Qaeda members who became disillusioned with Al Qaeda’s lack of progress and diminished standing in the jihadi world. It pays to be a winner.

However, this narrative has become increasingly difficult to sustain. The international coalition fighting ISIS estimates the group has lost 45% of its territory in Iraq and 20% of its former holdings in Syria—a massive blow to ISIS’ image as a revanchist Islamic power. In late June, Iraq’s weak and often ineffective military even managed to retake the ISIS-held city of Fallujah, the group’s first major stronghold and a region known as a hotbed for Sunni militancy.

Faced with mounting territorial setbacks, ISIS has shifted its strategy. Where the group began as a “revolutionary state”, emphasizing governance, state-building and territorial expansion, it is now becoming a hybrid, occupying the roles of state, insurgent group and international terrorist organization simultaneously, contending for territory where it can, but resorting to traditional terror tactics to retain its relevance and aura of strength.

In doing so, ISIS is following in the footsteps of other jihadist groups that have held and lost territory. When Al Shabaab, an Al Qaeda affiliated jihadist organization, began to lose control of the land it captured in southern Somalia, it shifted its focus to terrorism. Shabaab’s horrific attacks at Kenya’s Garissa University and Westgate Mall, as well as its recent attacks in Mogadishu, are a product of its refocused strategy. Like Shabaab, ISIS’ predecessor, Al Qaeda in Iraq, ramped up its campaign of terror to offset its territorial losses in 2005 and 2006, including several high-profile attacks in Amman, Jordan. Algeria’s “Armed Islamic Group” did the same when its strength faded in the late 1990s.

The Islamic State’s changing strategy puts Western and Middle Eastern policy makers in a lose-lose situation. In order to undercut the Islamic State’s propaganda, reduce its operational capacity, and restore some semblance of stability to the region, the group’s territory must be rolled back and its state eliminated. But as the recent explosion of Islamic State-led and linked terror attacks, and the tactics of previous jihadist groups suggest, increasing the pressure on the Islamic State’s caliphate will inevitably result in more civilian bloodshed. In defeating the Islamic State, things will get worse before they get better.

But these tragic circumstances present a great opportunity. For ISIS, terror is a tool to divide communities. Whether it is between Sunni and Shi’a in Iraq or the secular French and their Muslim communities, the fear and anger created through acts of violence work to encourage the “us versus them” worldview that ISIS’ propaganda is designed to promote. However, if the countries affected by the Islamic State’s ramped-up terrorist campaign can refrain from the divisive, alienating and xenophobic responses that often follow these attacks, and instead work to enact policies that address the marginalizing social and economic conditions that produce potential ISIS recruits, they can strike another blow to Islamic State’s propaganda narrative, a crucial step in defeating the Islamic State.

Photo: Square in Aleppo after explosions via Wikimedia Commons. Licensed under CC BY 2.0.