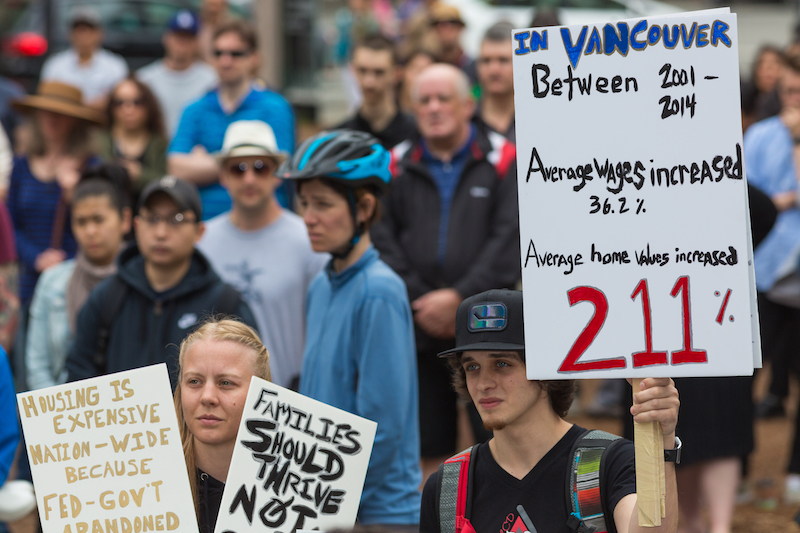 The Canadian government’s approach to refugee resettlement has been praised by the United Nations High Commissioner for Refugees. The mix of public and private sponsorship allows for communities to contribute to the resettlement efforts, in addition to existing government initiatives. Since November 2015, 29,713 Syrian refugees have arrived in Canada, and approximately half are Government-Assisted Refugees. Over the coming months, that number will increase as the Liberal government continues to resettle Syrian refugees well into 2016. Settlement agencies across the country are working relentlessly to ensure that the needs of incoming refugee families are being met, and the government has provided support in the areas of health care, financial aid, and settlement assistance.

Canada’s response to the Syrian refugee crisis was beyond a generous gesture or a political move. It was a decision that gave almost 30,000 the people chance to have a new life. But were we ready? Was the appropriate infrastructure in place to support the sudden change in population?

Canada has an affordable housing crisis, affecting many Canadians including refugees and citizens. Syrian refugees have been housed in temporary homes, motels, hotels and shelters, and after months of waiting, many have yet to transition into stable housing arrangements. For example, one refugee family staying at a motel in East Vancouver was unable to enrol their child in school because they lacked a permanent address.

In addition, it is increasingly difficult to find employment without stable housing, and according to the Toronto Star, backlogs in processing child tax benefits have also made it tough for refugee families to stay afloat financially. But the truth is, finding an adequate home and staying afloat is challenging for many other Canadians as well. In 2015, the waitlist for affordable housing in Ontario alone reached 171,360 households. Average wait times in the province hit 4 years, and 7 years in Toronto. The CBC reported that in Toronto Community Housing, 350 subsidized units were closed up due to repair issues, 4000 units are in poor condition, and 7500 units may close in the future if infrastructure concerns are not addressed.

Earlier in 2016, the UN Committee on Economic, Social and Cultural Rights communicated its dismay regarding Canada’s affordable housing crisis and pushed the government to create a national housing strategy. They made note of key issues such as inadequate minimum wage in relation to the cost of living, and unemployment among marginalized communities.

Overall, welcoming and supporting refugees who have endured countless human rights violations in their countries of origin, is the right thing to do. This level of intercultural compassion is necessary in this age of political and social instability. However, it is evident that our existing infrastructure may not have been adequate for this surge in population.

In terms of considerations, the government should look into resettling the refugees in more communities outside large metropolitan areas that have housing shortages. This is positive in that there is potential for refugees to secure permanent or stable housing, which would allow for the commencement of employment and/or education and training. However, essential settlement services (language specific resources, etc.) and religious/cultural resources may not be readily available in smaller municipalities. Furthermore, the government could consider expediting the intake of those in the private sponsorship category, since many sponsoring communities ensure that appropriate housing is already available. This will help to reduce the number of refugees in precarious housing situations in their countries of transit, and here in Canada.

In addition, slowing down the pace of refugee intake to ensure that housing was available, could have allowed the government to work with community-based organizations to identify available housing units in advance of the mass refugee arrival. This would reduce the number of refugees in transitional housing situations. On the other hand, slowing down the pace of refugee intake would have kept thousands of refugees in a dangerous state of instability in their countries of origin, or countries of transit. Lastly, raising awareness about the affordable housing crisis to ensure that refugee families understand the impacts of a housing shortage could be beneficial. This will allow incoming refugees to better understand why they may not immediately find suitable housing, and a common understanding may allow for more cooperation among refugees, community agencies, and levels of government

In conclusion, providing asylum and freeing people from a life of uncertainty is utterly respectable, and truly Canadian. The government showed kindness to refugees in need, and despite the challenges we now face with an increased population, we will have to work together to ensure that their unique needs are being met, and continue to advocate for more affordable housing across the country, not only for refugees, but for all Canadians.