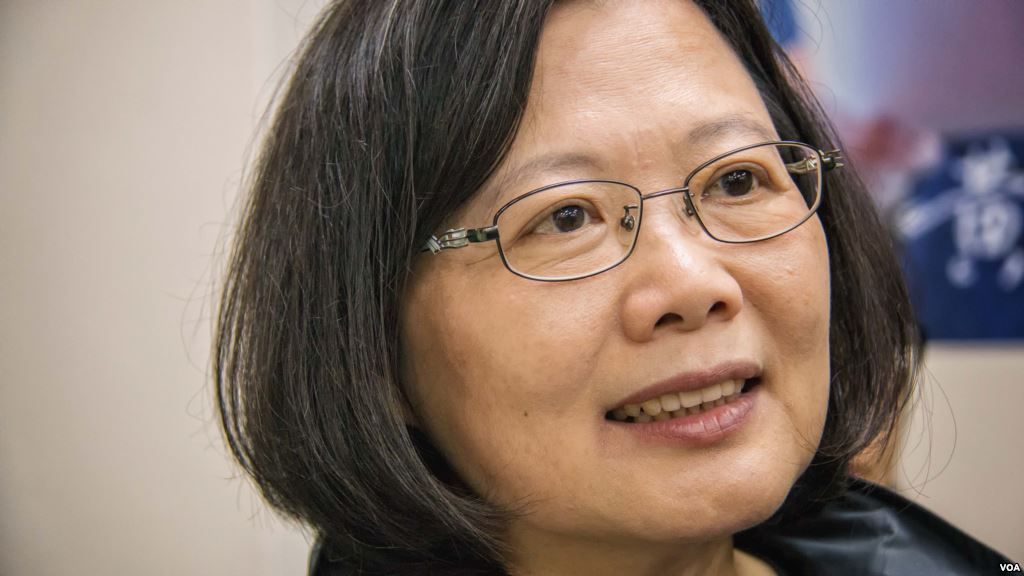 In early January 2016, the world watched as Taiwan went to its presidential polls and made history by electing Tsai Ing-wen, the country’s first female head of state and the second female head-of-state in Southeast Asia after South Korea’s current president Park Geun-hye. Apart from being the first female president of the country, the 59-year old is also Taiwan’s first ever president-elect with Hakka and Aboriginal descent.

While Taiwan, the island also known as the Republic of China, has considered itself independent since 1950, China has claimed the island as a part of its territory since the end of the Chinese civil war in 1949 when the Nationalist government lost the civil war to the Communists and fled to the island. China’s insistence that countries cannot have official diplomatic ties with it and Taiwan at the same time has resulted in the latter only being able to engage in formal diplomatic relations with very few countries, the United States being the most important one.

Tsai Ing-wen, a self-made woman, was born in a commercial family in Taipei City. She studied law at the College of Law at the National Taiwan University at the wish of her father who wanted her to help their family business. She obtained a Masters and a Ph. D in law from Cornell University Law School and the London School of Economics respectively. This was followed by her career as a university professor at Taipei’s Soochow University and the National Chengchi University.

Tsai describes her entry in politics as an “accidental life.” In 1993, she was offered a position at the International Trade Commission of the Ministry of Economic Affairs due to her expertise in law, international economics, and trade. During the course of her service, she became one of the then-president, Lee Teng-hui’s, invaluable experts on ties with mainland China. She helped the President draft his state-to-state doctrine, in which he defined relations between China and Taiwan. This doctrine infuriated China.

When the cross-strait relations were deteriorating under the next president, Chen Shui-buan, Tsai launched a programme in 2001 that permitted ferry transport and trade links between Taiwan’s outlying island and mainland China. She also convinced President Chen to legalize Taiwanese businesses’ ability to invest in China. Ho Mei-yueh, an ex-economics minister, said that Tsai thought “this was something people needed and were already doing illegally, she thought the government should develop a law and let people do it legally.”

Tsai became the chairperson of the Democratic Progressive Party (DPP) in 2008. Despite losing a presidential election in 2012, she succeeded in the 2016 election. Tsai’s victory comes as the pro-unification Kuomintang (KMT) party’s regime is about to end. Factors that contributed to her victory included a weak economy, low wages and a growing income gap under the KMT rule. In addition to this, the voters were wary of the Taiwanese economy’s growing dependence on the Chinese economy, which could lead to re-unification.

Interestingly, Tsai Ing-wen, who is also regarded as the most internationally-minded leader Taiwan has had, has never openly stated her stance on Taiwanese independence even though she is the chairperson of a pro-independence party. Moreover, she has never accepted the consensus reached in 1992 in Taiwan that there is only one China (yet she has moved away from the DPP’s anti-consensus position). Kou Chien-wen, a political science professor at the National Chengchi University, characterized Tsai as flexible, commenting “I don’t think she’s someone who is strongly ideological. She is very clever.”

In her victory speech, Tsai stated that the future of relations with China will be based on the will of the people through acceptable means of diplomacy, adding “any forms of suppression will harm the stability of cross-strait relations.” She also thanked the US and Japan for their support.

The Chinese foreign ministry’s reaction to Tsai Ing-wen’s landslide victory in the 2016 elections has been provided in terms of a strong warning: “The Taiwan issue is an internal matter for China. There is only one China in the world, the mainland and Taiwan both belong to one China and China’s sovereignty and territorial integrity will not brook being broken up. The results of the Taiwan region election do not change this basic fact and the consensus of the international community.” It also said that Taiwan should give up its “hallucinations” about declaring independence.

Is Tsai likely to push for independence during her regime? Only a few individuals believe she will. The major argument for the others is supported by the fact that Tsai knows that, as the country’s largest trading partner, China is extremely important to Taiwan, especially at this point when Taiwan’s economy is flagging. Whether she demands independence or not, Tsai is aware that more trade agreements with China are a short-term strategy of getting Taiwan out of an economic mess until new export markets are discovered.