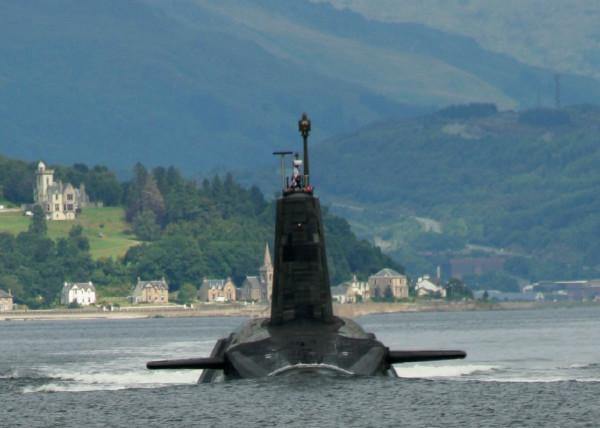 While the Conservative Chancellor of the Exchequer, George Osborne, may have announced that the Ministry of Defence’s budget will rise by half a per cent a year up until 2020-21, questions remain over how this should be spent.

The most significant point of contention is Trident, the British nuclear weapons system. In 2016 parliament will vote on whether or not to renew the Trident fleet at an estimated cost of £100 billion. The large majority of Conservative MPs and most Labour MPs support renewing Trident. For Conservative defence ministers, Britain’s nuclear weapons are “the ultimate guarantee” of national security.

However, as the parliamentary vote looms, opposition to renewing Trident grows. The 56 MPs of the Scottish National Party elected in May are opposed to the move. They claim that the nuclear missile system, based at Faslane in Scotland, is “unusable and indefensible”. One of their key pledges to the Scottish electorate was to prioritise putting an end to the renewal of the Trident nuclear weapons system. Support for ending Trident in Scotland extends across the United Kingdom. A 2009 ComRes poll for The Independent asked: “Given the state of the country’s finances, should the Government scrap the Trident nuclear missile system?” The results revealed that 58 per cent agreed, ticking ‘Yes’, whilst 35 per cent were in the ‘No’ camp, and just 7 per cent said ‘Don’t Know’.

Within the Labour Party there are further signs of change. Labour abandoned its commitment to unilateral nuclear disarmament in the 1980s, though as the party witnesses a leadership contest this may change. Jeremy Corbyn, one of the Labour leader contestants, has spoken publicly about his plan to scrap Trident. As he asked in the House of Commons earlier this year, “Can we not look in a different direction and deliver a different foreign policy, rather than hold to the arid idea that all we need to do is to spend phenomenal sums of money in order to threaten to destroy the whole planet?”

Cost is a central element of the argument against renewing Trident. The Royal United Services Institute, a British think tank, predicts that by the early 2020s the replacement of the nuclear deterrent will account for some 35 per cent of the defence procurement budget. In addition to the rising cost, there are questions over the usefulness of Trident. As a report published last summer by an independent all-party Trident Commission highlighted, the system still relies on American support. Were the Americans to draw to an end their assistance, Britain’s nuclear systems would hardly last for more than a few months.

More widely, there are growing calls for Britain to shift its priorities in defence spending. As the think tank Civitas has recently suggested, the Ministry of Defence needs to “evolve away from the idea of big defence equipment programmes, dependent upon the very few defence prime contractors” and invest more heavily in research and development funding for small and medium sized enterprises. Aligning with the arguments of certain anti-Trident campaigners, the authors of the Civitas report believe that a larger research base will allow Britain to respond more rapidly to particular demands at different times. As the authors write, “A state spending only two per cent of its GDP on defence cannot have the ‘robust’ defence structure of previous decades. It must build a force for every campaign in a different way appropriate to that campaign.”

It is clear that as the parliamentary vote on renewing the Trident missile system approaches, vocal opposition may force the Ministry of Defence to reconsider its strategy.