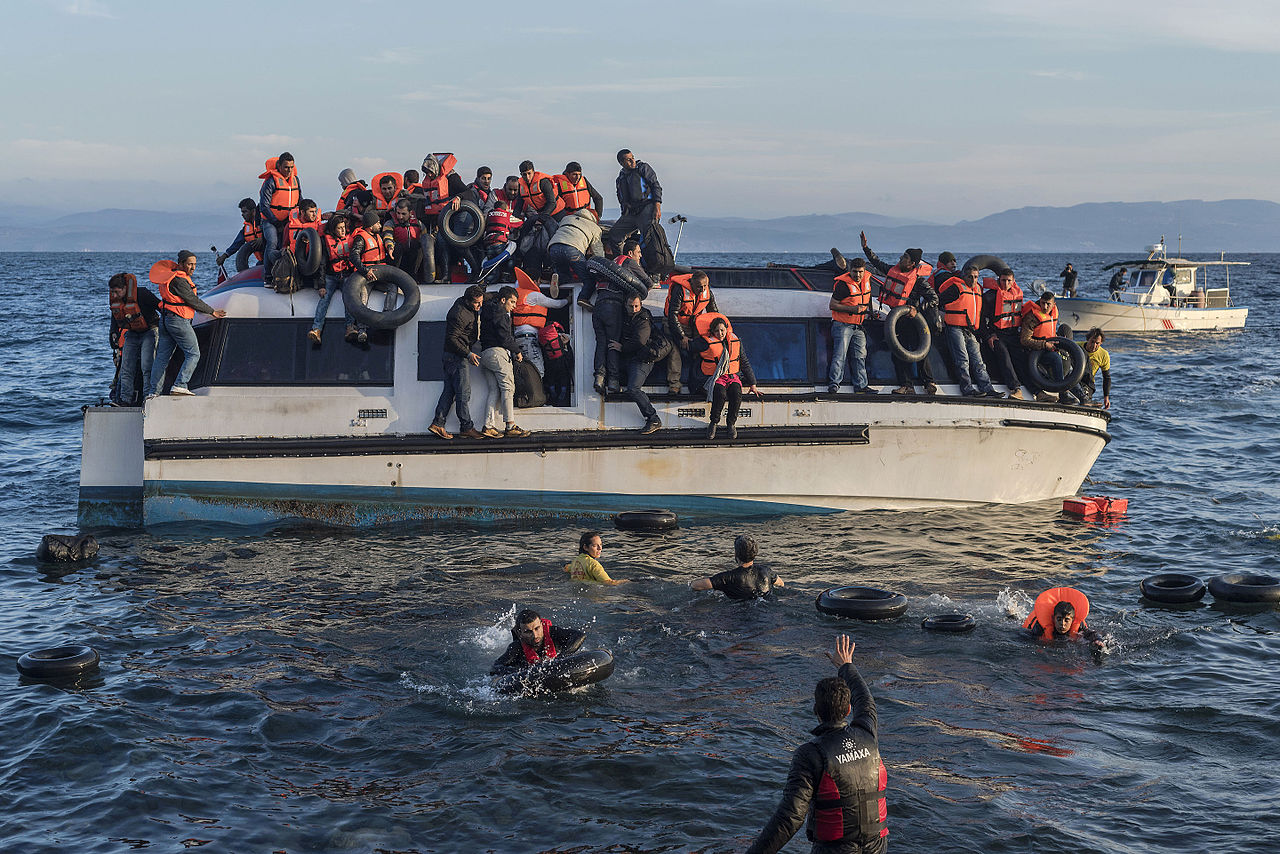 The European Union has long prided itself on the high standards it sets for human rights and democracy. In the Copenhagen Criteria,which outlines the conditions countries must fulfill to join the EU, the EU stresses the importance of respecting rule of law, upholding minority rights, and the sanctity of due process.

However, as the refugee crisis has unfolded, systematic human rights violations have taken place across Europe: both refugees and economic migrants have been arbitrarily detained, denied the freedom of movement, and been subject to violence at the hands of national authorities acting with impunity.

The UNHCR, in the 1951 Refugee Convention, defines a refugee as someone fleeing their country of nationality owing to a well-founded fear of being persecuted for reasons of race, religion, nationality, membership of a particular social group, or political opinion. While many of the migrants entering Europe are not considered refugees under this definition and are thus not granted the same types of protection as other asylum seekers, EU and national laws still dictate that every individual be treated according to a certain set of legal rights:including the right to a fair trial, not to be arbitrarily detained, and to be free from cruel and unusual punishment. These have been repeatedly violated as the refugee crisis has unfolded.

The EU-Turkey deal concluded on March 18, 2016 stipulates that “all new irregular migrants” arriving on Greek islands after March 20 be returned to Turkey. The EU and Turkey have agreed on a one-for-one scheme that would see one Syrian refugee resettled in Europe for every Syrian returned to Turkey. The idea is to drastically reduce the number of refugees arriving to Europe by boat, a route that is dangerous and illegal, and instead encourage refugees to apply for formal resettlement in Turkey.

Several aid organizations have ceased their operations in protest of this deal, effectively turning registration centres on islands like Lesbos and Chios into detention centres. Amnesty International warns, “the EU is in danger of being complicit in serious human rights violations against refugees.” The UNHCR has pulled out of working in refugee detention centres in Greece, protesting them as unlawful, and Save the Children, Médecins Sans Frontières, and the International Rescue Committee have followed suit.

The fact that the EU has expedited mass returns to a country that cannot be considered safe is cited as a chief concern by the human rights organizations protesting the deal. Fred Abrahams, associate director at Human Rights Watch (HRW), notes “the EU deal is based on the deceptive premise that all returned people are safe in Turkey, when the facts say otherwise.” With the process itself ‘riddled with abuse’, HRW reports authorities failing to inform people of their deportation, not informing them of their destination, and not allowing them to gather their personal possessions.

Once in Turkey, many face the prospect of being expedited to their country of origin. Turkey is currently negotiating readmission agreements with a number of countries, including Afghanistan, which would see people being brought back to a place where war and instability threaten their lives — a violation of the 1951 Refugee Convention and international human rights standards.

Moria, one of the EU’s designated ‘hotspots’ on the Greek island of Lesbos, is one of the refugee camps, which effectively turned into a detention centre after the EU-Turkey deal. Close to 3, 000 people are detained in the camp, which is built for a maximum capacity of 2,000. With the camp overcrowded and refugees held in appalling conditions, Save the Children has reported cases of fever and diarrhea linked to declining hygiene, the denial of legal services to many people including children, and instances of violence that leave women and children particularly vulnerable.

Refugees across Europe, both in Greece and the rest of the Balkans, but also further west in France, Germany and the UK, face similar circumstances. The UN Human Rights Commissioner, Zeid Ra’ad Al Hussein, has condemned the Czech Republic’s measures to deter migrants from arriving or staying in the country, saying, “the violations of the human rights of migrants are neither isolated nor coincidental, but systematic.” Abusive practices such as the strip-searching of migrants and refugees, the confiscation of money that is then used to pay for their detention, and detaining them arbitrarily for up to 90 days have been reported, with conditions in a detention facility, Bìlá-Jezovqá, described as “worse than a prison” by Czech justice minister Robert Pelikán. Widespread arbitrary detention has also been reported in Hungary, Croatia, Serbia, and Macedonia.

In Calais in Northern France, where a sprawling refugee camp nicknamed ‘The Jungle’ has been the focus of public debate, refugees have been systematically arrested and transported to Administrative Retention Centres (CRAs) in other parts of France, which can be up to 1,000 kilometres away. As part of an effort to ‘empty the Jungle’ and ‘unclog Calais’, the use of CRAs has been reported as widely inappropriate since the refugee crisis began by a French human rights agency, CGLPL (Contrôleur général des lieux de privation de liberté). Many operate at over the maximum legal capacity, with the CGLPL reporting that cells are often overcrowded and that retention procedures are costly, cruel, and don’t conform to the law. Furthermore, upon release, refugees are left to make the long road back to Calais on their own.

These blatant violations of refugees and migrants’ legal rights across Europe severely undermine the EU’s capacity to demand rigorous judicial reforms in transitioning democracies in its neighbourhood. To demonstrate its commitment to human rights and rule of law, and preserve its legitimacy on the world stage, the EU must take a hard look at the standards it maintains at home, as well as in its periphery. This starts by ensuring that refugees and migrants in its member states are safeguarded from infringements on their legal rights.