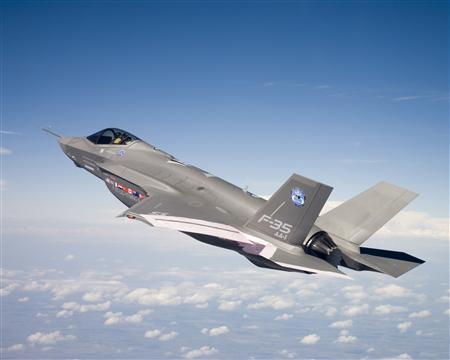 Consisting of 40% of Canada’s landmass, the Canadian Arctic has been an important pillar of Canada’s defence strategy for decades. During the Cold War, it hosted numerous lines of early warning radars that were designed to alert Canadian and American officials of any incoming Soviet nuclear bomber (and later intercontinental ballistic missile) strikes. This meant that the Royal Canadian Air Force (RCAF) and its fleet of fighter aircraft often constituted the first line of North American defence.

While the threat of a Soviet first strike against North America has subsided, the defence of the Canadian Arctic remains an area of great importance for the RCAF and the Canadian government in general. In its 2008 Canada First Defence Strategy, the federal government listed defending Canadian sovereignty in the Arctic as one of the Canadian Armed Forces’(CAF) most important roles. While many of Prime Minister Stephen Harper’s commitments to the Arctic, as articulated by the Northern Strategy in 2009, have not yet come to pass, the need for a CAF capable of asserting Canadian sovereignty in the region remains. The RCAF plays a vital role in this regard, as its aircraft are the primary means of transporting Canadian military personnel around the Arctic, preforming long-range reconnaissance missions, and patrolling our Arctic skies. However, with the CF-18, fighter jet due to be replaced in the near future, it is worth examining how its likely replacement, the F-35, will fit the operational restraints of the Arctic.

The most likely successor to the CF-18 is currently the controversial F-35. Touted as one of the world’s most advanced stealth aircraft, the RCAF’s procurement of these planes has come under fire for being too expensive and not addressing Canada’s needs, especially in the Arctic. Michael Byers, in his report One Dead Pilotfor the Canadian Centre for Policy Alternatives, argues that the F-35’s single engine makes the F-35 less survivable than a dual-engine aircraft (like the CF-18) and, given Canada’s poor search and rescue capabilities, more likely to lead to the loss of pilot and/or aircraft in the event of an emergency.

The criticism of the F-35 does not stop there, as others have argued that the F-35’s role as a strike aircraft is not what Canada needs in the Arctic. Its short range (only 2,200km), poor maneuverability, and low payload capacity (i.e. the number of weapons it can hold) would hinder its ability to intercept aircraft in the vast Arctic region. As one of the main threats to Canada’s Arctic sovereignty comes in the form of Russian strategic bombers flying near or in Canadian Arctic airspace, having an aircraft that has a long enough range and the air-to-air capability to counter these threats, while still being able to save the aircraft in the event of an engine failure or mechanical malfunction, is vital. While these criticisms of the F-35 are valid and the aircraft does not seem particularly suited for Arctic operations (where a long-range air superiority fighter or interceptor seems more appropriate), it is important to note that the Canadian F-35s would be used outside of the Arctic in roles they are much better suited for as well.

If the F-35 is not a good fit for Canada’s Arctic fighter role, do other options exist? Perhaps the best alternative is the CF-18’s upgraded brother, the F/A-18E Super Hornet. Flown by both the United States Navy (as their main naval aircraft) and the Royal Australian Air Force, the F/A-18E is a multirole fighter renowned for its versatility and reliability. The Super Hornet has a proven, dual-engine design (that is extremely familiar to Canadian pilots) that would more than adequately perform the roles Canada needs, both in the Arctic and outside. With a range of 3,300km and a bigger payload than the CF-18, the Super Hornet can operate in the region even more effectively than the CF-18 (or arguably the F-35). At a cost of just $60.9 million USD per aircraft, the Super Hornet is a bargain compared to the F-35, which costs an estimated $125 million USD per aircraft. With a fantastic price tag, excellent combat capabilities and a proven record of success, the Super Hornet would appear to be a better choice for the RCAF’s needs in the Arctic.

Given the importance that the Canadian government has placed on protecting Canadian Arctic sovereignty, it is curious that the RCAF’s main fighter in the future appears to be so ill-suited to operating in the region. Other options are available, however, and perhaps it is time they be considered more closely.