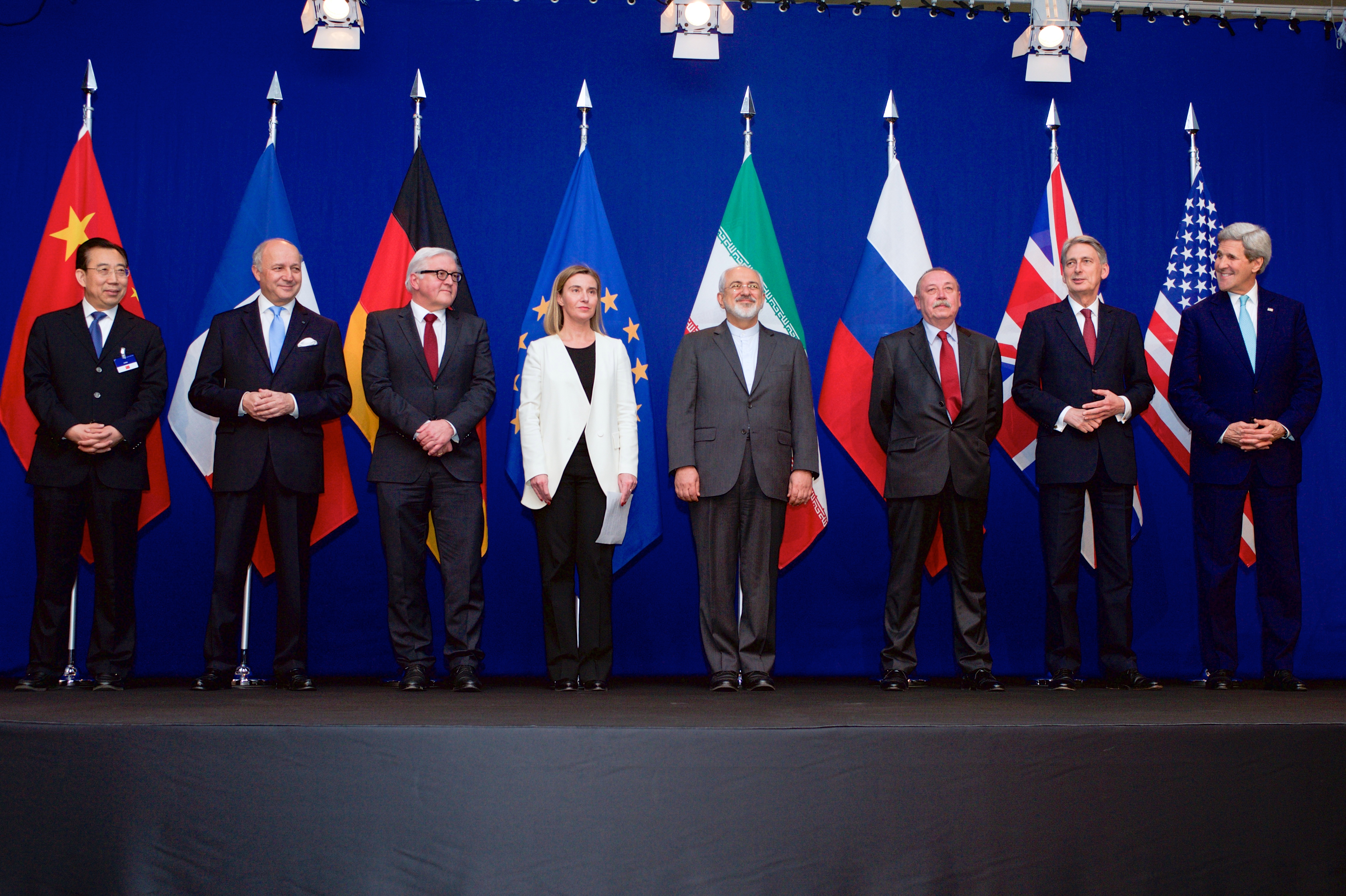 Iran’s nuclear ambitions have been the centre of international attention for over a decade. While the West has suspected Iran of building nuclear weapons, Iranian officials have claimed time and again that its nuclear program is for peaceful purposes such as energy production, and that Tehran has no intention of building atomic weapons. The West has remained skeptical of Iranian claims and has imposed economic and financial sanctions in the hopes of compelling Iranian concessions on its nuclear program.

On September 27, 2013, President Obama and President Rouhani held the first direct talks between the US and Iran since the Iranian revolution of 1979. These talks were followed by a series of discussions between Iran and the P5+1, representing the five permanent members of the Security Council and Germany, in hopes of negotiating a comprehensive agreement. The aim of these talks was to curb Iran’s nuclear activities in exchange for a gradual termination of the economic sanctions on Iran. Under a November 2013 deal, Iran stopped expanding its nuclear activities in exchange for relief in economic sanctions. However, failure to reach a successful agreement by November 2014, forced the US and its allies to declare a seven-month extension on the nuclear talks.

In March 2015, tensions remained high as the two sides met in Lausanne, Switzerland for the next round of talks. The talks included not only diplomats and high-ranking government officials of the respective countries but also top atomic US and Iranian scientists to negotiate the technical details. The goal was to reach a comprehensive deal by end of March and a final agreement by the end of June. The political atmosphere of diplomacy was by no means isolated from the external international pressure; the worsening situation in Syria and Iraq, Prime Minister Netanyahu’s address to the US Congress, elections in Israel, and the letter to Iran’s leaders by 47 Senate Republicans, all in one way or another influenced the political battle of negotiations. Nuclear talks with Iran were described as among the most complex arms-control negotiations ever pursued due to the nature of the agreement and the stakes involved. Against all odds, after eight days of intense negotiations, the P5+1 and Iran announced a surprisingly comprehensive framework agreement. Although many specific issues have been left for the negotiations in June, the framework was seen as a significant breakthrough for both parties.

Both parties will resume their positions at the bargaining table to negotiate a final nuclear deal by the end of June. A successful nuclear deal will allow Iran to develop its nuclear program but prevent it from obtaining nuclear weapons. In return, Iran will benefit from the easing of the economic sanctions imposed by the West. This could potentially mean a win-win situation. The P5+1 would be able to take credit for successfully dismantling the Iranian nuclear threat and demonstrate their commitment to non-proliferation. Iran would be able to boost its economy and improve its position in the international community. Restrictions on Iranian banks could be lifted and Iran could also begin to repatriate some of the $100 billion in oil revenues frozen in overseas accounts. The European Union could resume purchasing oil from Iran – an arrangement that will benefit both parties.

Many key points need to be discussed and finalized before any concrete accord. Amongst them are crucial questions such as the pace at which UN sanctions will be lifted and how much nuclear research will Tehran be permitted to conduct. Two sides have different visions of what the final deal will look like; as such, there are chances of a gridlock on a number of issues. Furthermore, US leaders are also divided over the agreement; in a March 9, 2015 letter, 47 US Republican Senators warned Iran that any deal not approved by the US Senate would not last after Obama leaves office. Israel has loudly criticized the nuclear talks and Netanyahu has been actively lobbying against the agreement since the beginning of the talks. Arab leaders have also voiced their concerns over the nuclear talks with Iran and have remained skeptical of a final agreement.

Although the talks have been extended twice, both sides are optimistic that this will be the last round. The fast approaching deadline, high stakes/high reward situation, and the tense political atmosphere make the next few weeks decisive in closing the Iranian nuclear chapter.