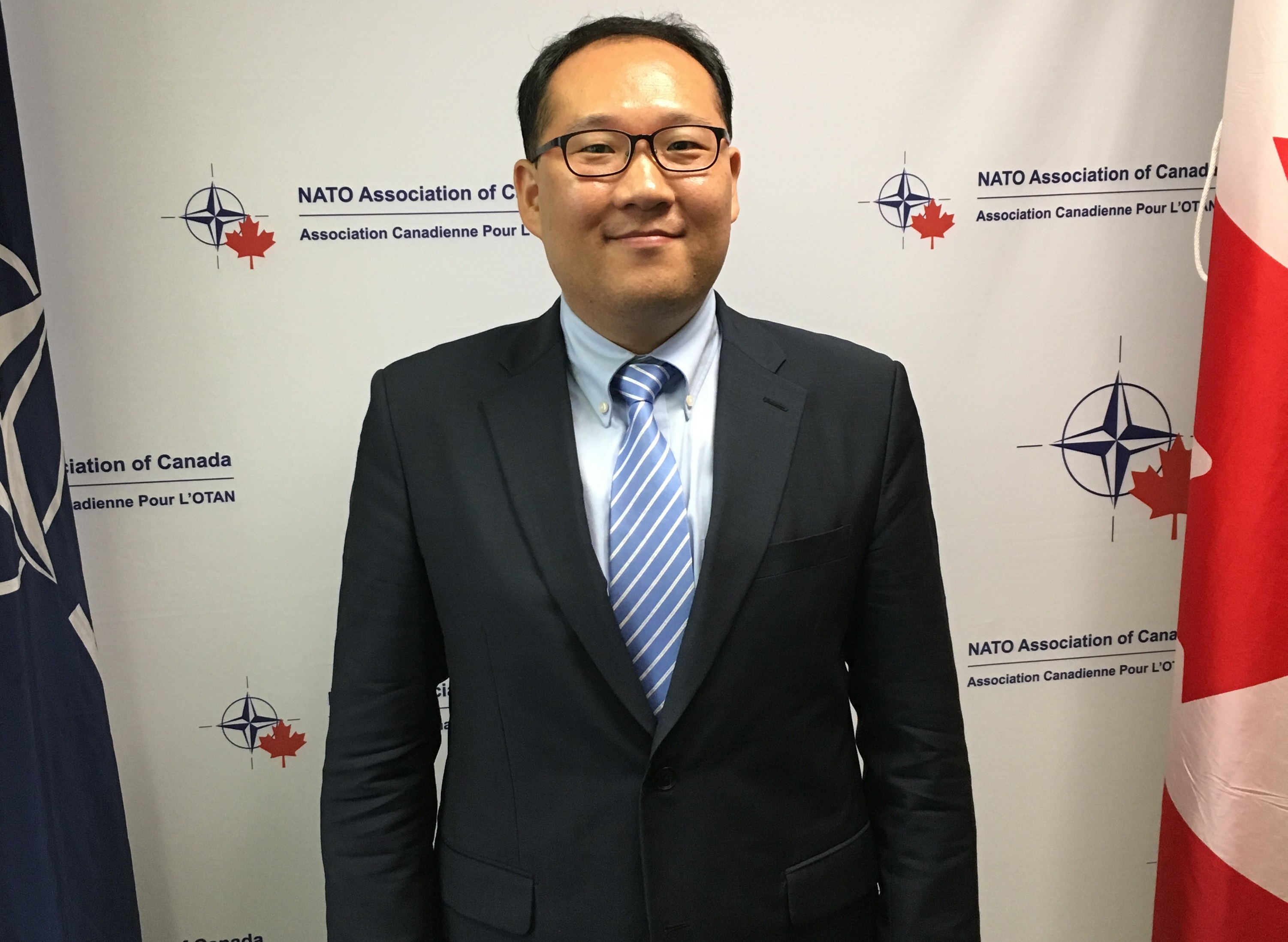 The NATO Association of Canada is proud to host Lee Chang-sung, a senior policy advisor from the South Korean government, as our visiting scholar for the next two years.

With unique experience from the Ministry of Unification, we hope that he will bring new perspectives and insights in conceptualizing the most urgent problems our organization is engaged in. These issues include nuclear proliferation, human rights for refugees, and security in the Asia-Pacific region. With increasingly hostile rhetoric being exchanged between President Trump and Kim Jong-un, we have no doubt that Lee will become a valuable member of our team.

While working for the Ministry of Unification, from 2005 to 2007, he designed and participated in the inter-Korean dialogues. Lee visited Pyongyang and Gaeseong to discuss the possibilities of military economic cooperation between the two Koreas. For the following Park Geunhye administration, he worked at the National Security Office where his responsibility was to conceptualize long-term strategies centred on the possibility of reunification.

His presence at the NATO Association is integral, as the approaches of the two administrations toward North Korea could not be more different. As the inheritor of the Sunshine Policy, which defined the approach taken by the South towards reunification, Roh’s administration executed policies with the assumption that a denuclearized North Korea would be possible through dialogue. In 2007, president Roh Moohyun himself met with Kim Jong-il to discuss nuclear proliferation and economic cooperation. In the long-term, Roh planned to reunify Korea by ending North Korea’s isolation; as a result, his policies were designed to introduce the North Korean people to global capitalism and democracy. On the other hand, Park Geunhye’s administration allocated resources to pressuring North Korea with sanctions. The underlying assumption was that a halt in North Korea’s economy will accelerate the possibility of reunification. However, both approaches to North Korea failed to fundamentally change the country. Therefore, Lee has always thought about alternative approaches to the problems surrounding reunification.

He has joined as a visiting scholar at the NATO Association of Canada with the belief that studying NATO will allow him to think of similar models for East Asian states. If East Asian nations such as South Korea, China, or Japan, were to create a multinational organization, similar to NATO, this organization could protect South Korea by limiting the provocations of North Korea. Moreover, such an organization might protect the citizens of all East Asian nations.

The results of his research will become guidelines for South Korean officials as they use it to create policies regarding North Korea. In the long term, his findings will be utilized in efforts towards unifying Korea. He hopes to act as a channel of communication between the South Korean and Canadian governments while he is stationed here, and is certain that the NATO Association will be able to maintain this relationship for years to come.

Daniel’s interests include: cybersecurity, international law, Asian history, and agricultural studies. During his undergraduate and graduate studies, he chose to specialize in Korean history with the belief that it would allow the exploration of these topics equally. His research continues today at Legal Aid Ontario and NATO Association of Canada. So far, Daniel’s publications at the Association were limited to North Korea’s diplomacy and food security. However, with Daniel’s research on cyberspace governance expecting publication later this year, one should expect more updates from Daniel in the fields of computer sciences, and cybersecurity. When he is not reading, writing, or listening to a lecture, one can expect him to be modifying his headphones or reorganizing his J-pop collection. He can be reached at danielpauljung@gmail.com View all posts by Daniel Jung →