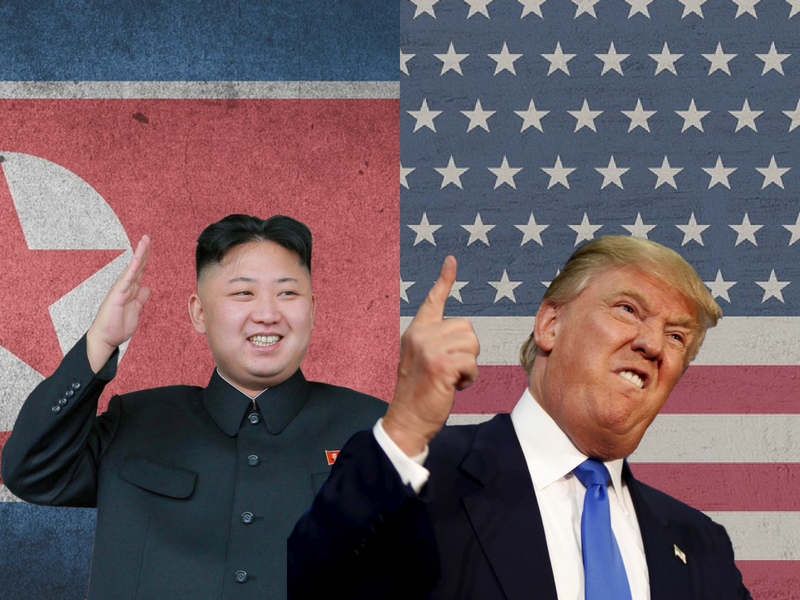 Uncertainty of the likelihood of a Trump-Kim meeting continues to grow as each side pivots towards and away from reconciliation. Although Trump has cancelled the summit planned for this month, he has shown a renewed interest in engaging in talks with the North Korean leader, Kim Jong-un.

Members of the NAOC community discuss what a hypothetical meeting would look like and what the priorities for each party would be.

What will be the most significant results of the meeting between President Trump and Chairman Kim Jong-un? After nearly 70 years, will the Korean War come to a complete end? For the past half century, the demilitarized zone spanning the Korean Peninsula, for 250 kilometers, was one of the most fortified and militarized places on this planet. With millions of troops, countless landmines, and armoured vehicles on each side, the cold war never stopped in Korea. After the US DPRK summit, will the level of fortification decrease? If they were to meet, what would they be able to discuss?
Firstly, I believe that denuclearization will be one of the major, if not the major, topics discussed. In his new year’s speech, Kim has repeated the possibility that his country could denuclearize. If Kim were to denuclearize, historians of the future will propose the argument that the UN’s sanctions against North Korea have largely been successful at keeping global peace.

With Trump withdrawing from the Iranian Deal, Iran’s nuclear program is grabbing the media’s attention yet again. Monitoring its denuclearizing process was costly both in terms of capital and personnel. We can expect this process to be no easier for the North Korean case. Only specially trained scientists could monitor the process. With Iran being 1,648,000km squared and North Korea being 120,540km squared, there is considerably less territory to conceal a hidden weapons programme. With this being said, one must remember that North Korea hosts East Asia’s toughest mountains with the Gaema Plateau, along with the Masikryeong Mountain Range. These mountains are primarily comprised of steep cliffs and deep valleys, and many Korean experts and politicians, from both sides of the political spectrum, are expecting that monitoring the DPRK’s denuclearization efforts will be more challenging than the Iranian case.

When denuclearization is discussed, let us remember that it is a new beginning of a long and expensive process, and not an end result in and of itself.

Canada has a role to play as a middle power. The reasons for Canada’s involvement are twofold: firstly, Canada was able to quietly host the North Korean skating duo Ryom Tae Ok and Kim Ju Sik for training in Montreal in the lead up to the 2018 Winter Olympics. The other reason is that we have a stake in the race. If the war of words between Kim Jung-un and Donald Trump were to turn nuclear, there is a very good chance that a Canadian city could be caught in the crossfire.

The North Korean people have been living in atrocious conditions, cut off from the world and the world’s aid while their regime constantly escalated an already precarious situation. Canada should put its name forward as a solution to the terrible divide between North Korea and everyone else.

Following preliminary talks between the United States and North Korea, Trump praised Kim Jong-un—the dictator he once called the ‘little rocket man’—for being “very open and [he thinks] very honourable based on what we are seeing.” The mere fact that Trump agreed to participate in a summit with the Korean leader in the near future displays a remarkable step for diplomacy. At the same time, Kim Jong-un is supposedly willing to stop testing ICBMs in exchange for an agreement with the West. The question is, however, what will that agreement hold? Will the US agree to demilitarizing the entire Korean peninsula? Will North Korea put a complete halt on their nuclear and ICBM projects? The answer to these questions—as seen in recent decades—is unknown. The North Korean regime has repeatedly appeared willing to make such concessions, and has generally opted for its own national agenda which largely rejects inter-state cooperation. Similarly, the US—seeing as it has technically been at war with North Korea since the 50s—has failed in engaging in constructive diplomacy with the rogue state. Ultimately, this forces us—both as observers and political commentators—to expect the talks between the two states to retain their heavily anticlimactic nature.

Changsung Lee, Visiting Scholar from the ROK Ministry of Unification

In general, at every summit, the interests of both sides are on the agenda. This Trump–Kim meeting is no exception, and the bilateral coordination related to the agendas of the two sides has already begun. CIA director Pompeo’s visit to North Korea and his meeting with Kim Jong-un clearly explains this.

What are the interests of both sides? President Trump has repeatedly advocated for the complete denuclearization of North Korea. He would also like to discuss North Korea’s ballistic missile issue, which directly threatens US security.

On other hand, North Korea has expressed its intention to discuss denuclearization. North Korea, however, said that “military threats against North Korea should be resolved and the North Korean regime’s security must be guaranteed.” They proposed a normalization of US-North Korean relations under the agenda of US-North dialogue.

Therefore, the most significant aspect on the agenda for the US and North Korea summit will be the denuclearization of North Korea. However, with the denuclearization, North Korea’s ballistic missile capabilities, which are a major concern for the US, must be discussed in relation to security assurances for North Korea, as well as the normalization of relations.
Although it is difficult to predict the specific direction of the discussion at the summit, many believe that the issues raised by the two sides will revolve around national security. The declaration of the end of the Korean War and the signing of the peace treaty, which have emerged as a recent issue, can also be discussed in the framework of the denuclearization of North Korea.

Moreover, various types of negotiations are possible, such as the suspension of ballistic missile launches and sanctions against North Korea, which may result in a package agreement covering North Korean concerns.