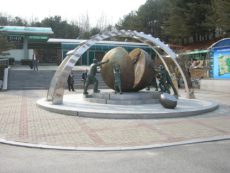 NATO has always been a collective defence organization, aimed at repelling an external threat to Alliance members. However, ever since the Harmel Report of 1967, and certainly since the end of the Cold War, NATO’s purview has widened to include a much more prominent diplomatic role, related to a much broader understanding of what constitutes a security concern, without compromising its original mission. Changsung Lee considers whether this latter-day understanding of NATO’s purpose might serve as a template for a future multilateral security structure in Northeast Asia that could facilitate a rules-based order in that region, and perhaps help catalyze the reunification of the Korean Peninsula.

It has been over two weeks since the Singapore summit ended. Overall, the assessment of the Singapore Summit is negative. In particular, the US media and experts who disbelieve North Korea suggest that it amounted to North Korea’s victory and America’s defeat. But is it true that the Singapore talks were really a failed meeting? […]