Anders Fogh Rasmussen, in a visit to Dublin earlier this year, encouraged Ireland to get involved in more NATO projects and to develop its defence forces. He stated; “Our door remains open for European countries, European democracies that fulfill the necessary criteria and can contribute to Euro-Atlantic security, but of course it’s for individual partners to decide how they want to develop their relationship and partnership with NATO.” 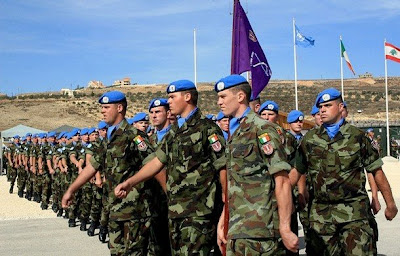 The Irish Defence Forces on a UN peacekeeping mission in Lebanon

Ireland is not currently a member of NATO but it does have relations with the organisation through the Partnership for Peace Program, which it joined in 1999. Ireland contributes to NATO-led peacekeeping operations in Kosovo and Afghanistan and offers expertise to other partners, in areas such as humanitarian operations and peacekeeping.

Neutrality was included in Ireland’s 1937 constitution at a time when Europe was becoming unstable. Ireland had neither the finances nor the population to maintain a force that could resist an invasion (something both Nazi Germany and Britain planned for during WWII). Neutrality has always had an ideological significance too, with many republicans viewing it as an important expression of sovereignty.

Others valued it in the name of non-violence. Ireland has had a long history of conflict both internal and in the form of invasion. As a colonized nation many are sensitive about the use of the Ireland’s own military abroad.

Ireland’s historic neutrality does not however indicate isolationism. Ireland is one of the world’s biggest contributors of foreign aid as a percentage of gross national income. Since joining the UN in 1955 Irish troops have been deployed on many peacekeeping missions and are currently deployed in Lebanon, Bosnia, and the Middle East.

Critics of Ireland’s neutrality claim the country is not, nor has ever been, truly neutral. The intersection of ideology and practicality has resulted in a ”passive neutrality” as opposed to an “active” one. During WWII Allied military aircraft were allowed fly over Ireland, intelligence cooperation was extensive (e.g. the go ahead for D-Day being based on Irish supplied weather reports), and Allied troops who crash landed or ran aground in Ireland were returned over the border but German soldiers under the same circumstances were interned until the end of the war. A similar approach to neutrality applied during the Cold War and following 9/11 with intelligence collaboration between the CIA and the Irish government.

The debate over whether Ireland is actually neutral or not brings up the issue of how the nation should continue into the future. Supporters of neutrality criticize the government for not committing fully to it. Opponents claim that by definition Ireland is not actually neutral and should abandon this position completely.

To look at if from a cost-benefit analysis it would certainly be a rational decision to join NATO. NATO is powerful internationally and only by being in NATO can a country influence its decisions. It would also be good for better relations with other NATO members. Ireland must also ask itself, what if it were to come under attack some day? This may not necessarily be a military attack but could be a cyber attack or an international terrorist attack. Ireland would not have to commit troops to NATO operations, only to assist another attacked NATO member. The Irish military would also gain from technical assistance and shared resources. In hard economic times globally, this is especially useful. 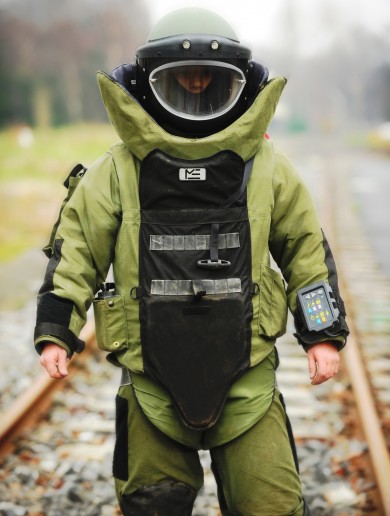 The benefits of Irish membership would be mutual. The Irish military has a lot of expertise that would be very valuable to NATO. The terrorism experienced during the Troubles provided defense forces with unique experience in countering insurgent terrorist groups. Engaging and neutralizing IED’s is a particular skill that was developed in Ireland, and has been used in Afghanistan where IEDs have dominated the death toll. The lessons learned from the successful peace process in Northern Ireland could be applied to conflict resolution in other countries and Ireland’s history of colonial oppression allows for a moral strength to be honest brokers of peace abroad.

Despite the open door invitation from Rasmussen, it does not seem that at this time Ireland will be making any moves to join the alliance. To give up neutrality would be a controversial decision among the Irish people who are very cognizant of their sovereignty and would require a referendum. Irish neutrality is also being challenged from Europe with pressure from Brussels to deepen integration in the area of common foreign and defense policy. If Ireland were to commit more to EU defense then perhaps NATO membership would be next on the horizon.

Emily Simonin
Emily Simonin is the Maritime Security Program Editor at the Atlantic Council of Canada and a 3 year BA student at Trinity College in Dublin, Ireland. She has specialized her study in Economics and Political Science with a background in Business Studies. She has a special interest in international relations and security, democratization, and conflict resolution. Emily’s French, Irish and Canadian citizenships have inspired her interest in world affairs and she aims to continue into the area of International Relations after completing her BA degree.

In her latest article, Angel Difan Chu discusses Canada’s policy of conscription during both World Wars on the anniversary of the Dec 17, 1917 conscription election.