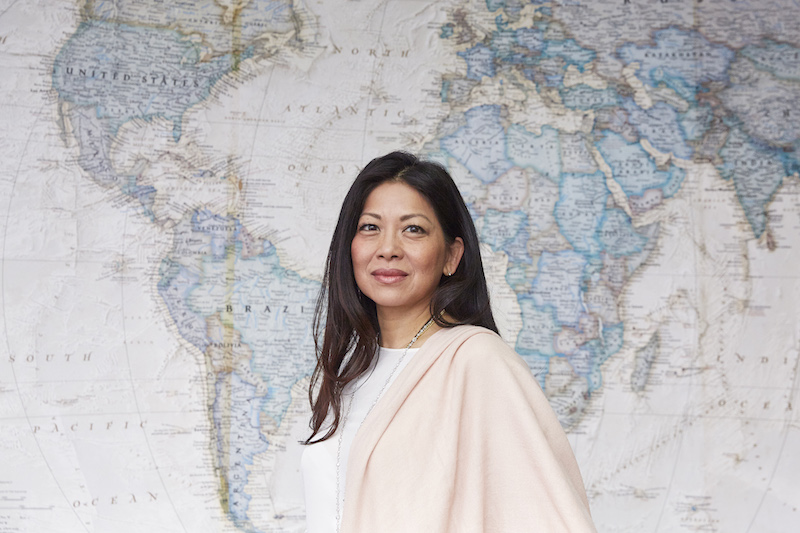 “Rule of law is a tremendously important area that we as the international community have not yet fully embraced and taken on. Each year, millions of people are picked up by the police, tortured, and denied access to counsel. And so they can remain for months, sometimes years, imprisoned and denied their due process rights.”

The fight to ensure early access to counsel to every woman, man and child is at the heart of International Bridges to Justice’s mission to end investigative torture. Sitting across from me in her office at IBJ’s headquarters in Geneva, Karen Tse, IBJ’s CEO and founder, is open and honest about the tremendous challenges that face not only IBJ, but the entire international community. What she emphasises is that, in the battle to reform countries’ justice sectors, there is a profound gap between the laws that exist on paper and those that are respected in practice.

“IBJ really begins where a lot of other organizations leave off. Before IBJ enters a country, a great amount has already been done to make sure the laws are on the books. The international treaties are signed, the constitutions are written, and there’s already been some form of commitment by the government – at least on paper – to protect legal rights and prevent torture. What is lacking, however, is the implementation of those laws. That is where IBJ steps in.”

Tse continues. “What makes us do what we do, what inspires us, is that we recognize that, despite the laws on the books, those laws only apply to people who have the money to hire a lawyer. And for the majority of people in the world, if you don’t have a lawyer, the laws don’t protect you. Take Burundi, Rwanda and the Democratic Republic of the Congo: while they have all signed the Convention against Torture and made torture illegal in their constitutions, their laws do not always protect the poor. And what we are doing through our Defender Resource Centers, by directly representing people who need legal assistance, is to ensure that as many people as possible have early access to counsel; that they are given a fair trial and have access to competent legal representation.”

In the DRC, where IBJ just opened a new country office, a staggering 73% of detainees are in pre-trial detention. And while the need for free legal aid is great, IBJ is one of the only organizations that currently provides such services to indigent citizens in the wake of Avocats Sans Frontières’ withdrawal from the country in April.

Significant movement on the part of the international community is needed to end excessive and arbitrary detention. The UN’s recognition of access to justice and rule of law as key pillars in SDG 16 of the Sustainable Development Goals (SDGs) is a positive step. “There is a need for focused attention on access to justice. This area is so crucial because it ends up touching on everything, it has a ripple effect on a country’s prosperity, stability, and security,” says Tse. Implementing SDG 16, which aims to promote peace, provide access to justice for all, and build strong institutions, is one of IBJ’s critical goals. Dedicated to ensuring the basic legal rights of ordinary individuals around the world, IBJ has for over 15 years recognized that strengthening rule of law is one of the most effective strategies to combat corruption, ensure good governance, and build institutional capacity.

IBJ’s model attempts to prevent human rights abuses before they occur by directly reaching people in failed justice systems. IBJ trains lawyers on the ground, works collaboratively with government, prison, and justice officials to change deeply ingrained attitudes and practices, and, foremost, directly provides legal assistance to the indigent accused. Key to the success of these efforts is IBJ’s soft-governance approach: by approaching governments and state institutions as partners, IBJ hopes to build a more inclusive legal culture, and help governments reform their legal systems and their attitudes towards human rights from within.

Expanding on how IBJ has put in place successful programs in countries that are often very closed to human rights work, Tse has a simple explanation. “Most governments throughout the world are looking for basic security. And so one reason why I think governments are so willing to work with us is that they recognize that, if they are going to move forward, they need citizens to feel secure. We are simply helping them to implement laws that they have already recognized as foundational.” IBJ has signed Memoranda of Understanding with the Ministry of Justice in China, Cambodia, Burundi, and the DRC, as well as with numerous national justice sector institutions and international organizations – notably the 79-member African, Caribbean and Pacific Group of States (ACP).

Since IBJ was founded in 2000, IBJ lawyers have represented over 31,000 individuals worldwide, and trained over 23,000 lawyers. In addition to its 7 country programs in Cambodia, China, Burundi, India, the DRC, Rwanda, and Zimbabwe, IBJ JusticeMaker Fellows are active in 38 countries, where they implement small-scale criminal justice projects. One of the organization’s most remarkable achievements is the drastic reduction in torture rates for individuals in police custody in Cambodia since it started working there in 2001. In the aftermath of the Khmer Rouge regime, using torture to extract confessions from detainees was standard operating procedure. However, as of 2012, the torture rate has fallen from a rate of 95% in 2001 to less than 5% in cases handled by IBJ.

As we finish the interview, Tse leaves us with with a lesson, and a message of hope. “There is an urgent need to reach out to groups that many human rights organizations have traditionally seen as ‘people on the other side.’ Not only do individuals and prisoners need to be protected, but we also need to work with police officers and government officials and prosecutors to ensure that there is a systematic change in how rule of law is perceived and enforced. We believe in the inherent worth and dignity of every single person, that every person is capable of transformation. But for change to occur, for the system to shift, we need to give people hope. And for that we need to light a candle, give it some breath, give it some life. This is what we believe our lawyers do. And at the end of the day, even if that light is very small, it marks the beginning of progress.”

Karen Tse, an international human rights lawyer, Unitarian Universalist minister and former San Francisco public defender, founded International Bridges to Justice in 2000. Karen first developed her interest in the cross section of criminal law and human rights in 1986, after observing Southeast Asian refugees detained in a local prison without trial. In 1994, she moved to Cambodia to train the country’s first core group of public defenders and subsequently served as a United Nations Judicial Mentor. Under the auspices of the U.N., she trained judges and prosecutors, and established the first arraignment court in Cambodia. Karen formed IBJ after witnessing hundreds of prisoners of all ages being held without trials, usually after being tortured into making ‘confessions’, in order to promote systemic global change in the administration of criminal justice. In the initial stages, she negotiated groundbreaking measures in judicial reform in China, Vietnam and Cambodia using a careful and collaborative model with each of the governments in order to achieve results without causing political disturbance. IBJ has created a Global Defense Support Program to bring IBJ assistance to public defenders worldwide. Karen is a graduate of UCLA Law School and Harvard Divinity School. Karen is a recipient of the Skoll Award for Social Innovation, the Gleitsman International Award, the Harvard Kennedy School Award, the American Bar Association Human Rights Award and named as one of America’s best leaders by the US News and World Report.