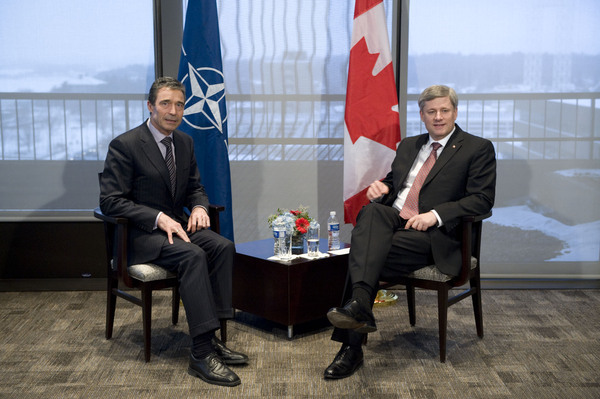 Events in Ukraine in recent months have reminded Canadians how close Canada’s most important alliance, the North Atlantic Treaty Organization, is to the Russian core of the former Soviet Union. Recent events in Iraq should likewise provide a timely reminder as to how intricately involved NATO and, by association, Canada, is in the Middle East.

While Iraq is very far from most NATO countries, to say nothing about the vast distance between that country and Canada, NATO borders Iraq through the membership of one member, Turkey. Turkey has played an important role in NATO since it joined in 1952. Throughout the Cold War, despite frequent disputes with fellow NATO member Greece, Turkey was a dedicated member of the Alliance and helped guard NATO’s southern flank. Throughout much of that association, Turkish demands on the Alliance have been moderate with serious demands emerging only sporadically.

The Syrian Civil War and simultaneous Syrian-Turkish border skirmishes led Ankara to invoke NATO’s Article 4 twice, entailing formal consultation among NATO members. In response, Germany, the United States, and the Netherlands each deployed a significant number of Patriot air-defence missile batteries to bolster Turkey’s air defence in light of aerial skirmishes with chemical-weapon armed Syria. Despite the Islamic State in Syria and the Levant’s (ISIL) capture of over 80 Turkish citizens in Iraq, including dozens of diplomats and diplomatic security personnel, Turkey has not taken similar action in response to ISIL’s offensives in Iraq. Nevertheless, NATO member states would be prudent in taking steps to help secure NATO’s border with Iraq.

There has been a mixed NATO response with respect to recent events in Iraq. NATO’s outgoing Secretary-General Anders Fogh Rasmussen has publicly stated that he does not see a role for NATO in Iraq. Conversely, Admiral James Stravidis (Ret’d), NATO’s Supreme Allied Commander in Europe (SACEUR) from 2009 to 2013, has called upon NATO’s member states to take the initiative and help secure the Turkish border before the militants active there begin targeting NATO member states.

In reality, the response of NATO states falls somewhere in between those two relative policy extremes. The United States is continuing its support of the Iraqi government, has deployed special forces advisers, and has stationed a carrier strike group in the Persian Gulf to facilitate rapid air strikes if and when needed. Other NATO countries are supporting Iraq in other ways. For example, the Czech Republic is selling Iraq 12 surplus L-159 subsonic light fighter jets, with delivery expected this fall. Iraq is also in talks with Prague to purchase 7 surplus Soviet/Russian Mi-24 Hind attack helicopters, an aircraft Iraq already operates. Iraq is also seeking to purchase aircraft from cash-strapped Greece. Iraq operates 15 American-made T-6A turboprop trainer aircraft. These aircraft are not armed but Greece operates 20 T-6s capable of carrying light armaments, in addition to 25 unarmed T-6A trainers. It is unclear if any progress has been made in negotiations, but such aircraft 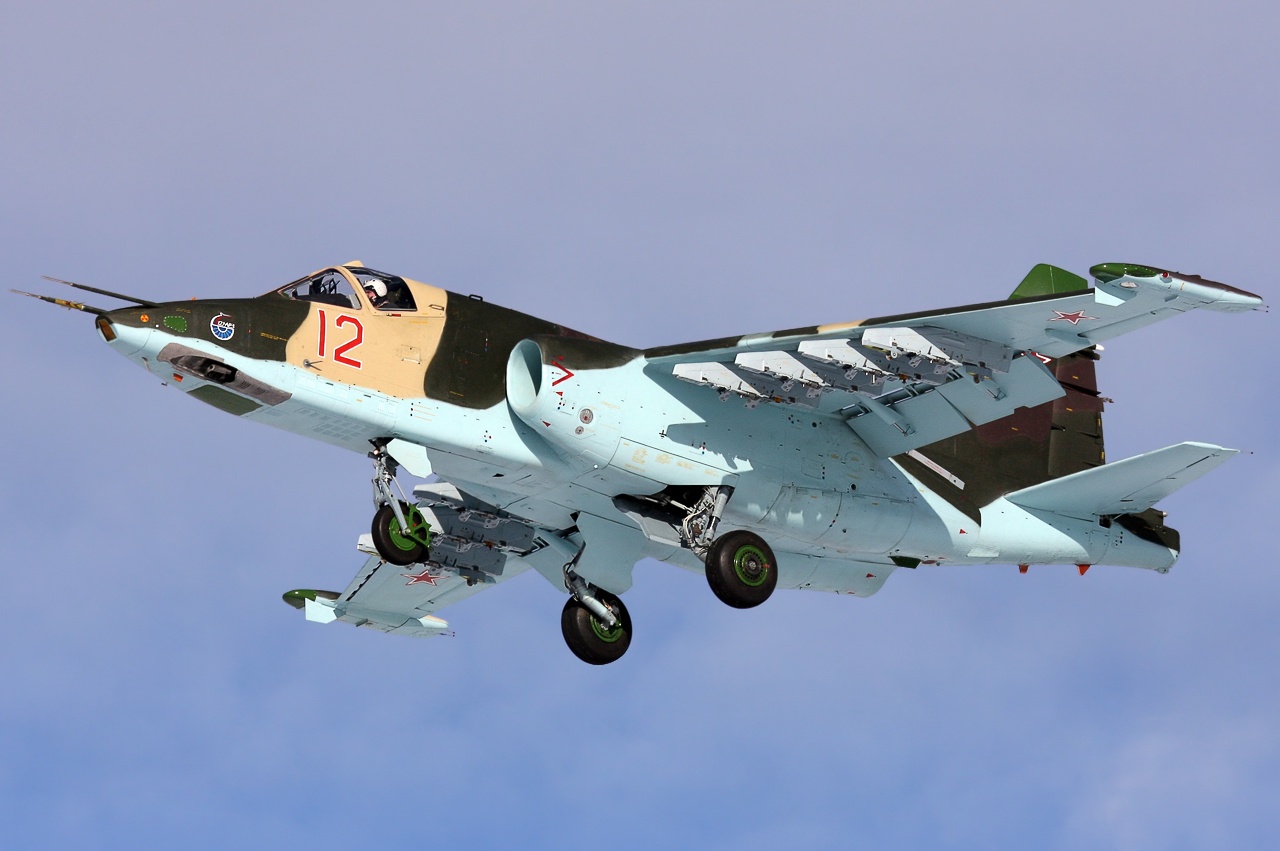 could be immediately operated by Iraqi pilots once delivered. Moreover, such aircraft could plug a current capability gap until Iraq receives 24 armed T-6 aircraft it has ordered from the United States.

Facing delays in receiving American made Apache attack helicopters and F-16 fighter jets, Iraq has turned to Russia for attack helicopters, with the first examples already delivered. In a demonstration of Russia’s reliability as an arms supplier, Moscow has rapidly supplied Iraq with an unspecified number of Soviet/Russian Su-25 ground attack aircraft. Additional aircraft are expected to be delivered from Belarus. The implied argument here is not that NATO should engage in a tit-for-tat game of arms sales to Iraq. Rather, it should be noted that two NATO member states, the Czech Republic and Bulgaria, have surplus Su-25s in their inventories. While Iraq will ultimately have to rely on Russia for spare parts for the Su-25s, a sale by NATO member states will signal NATO’s security commitment and interests in the region. Moreover, NATO can (re)establish a special forces training mission in Iraq.

NATO states can also take steps to demonstrate the credibility of the Alliance’s commitment by demonstrating its resolve in assuring Turkey’s security. Doing so will not require expensive, politically difficult and logistically demanding deployments of multiple brigades of soldiers or squadrons of combat aircraft. The Turkish military is more than up to the task and is unlikely to need any assistance unless ISIL undertakes a serious offensive towards its border – an unlikely scenario. Instead, NATO can adopt the model it has used in response to the crisis in Ukraine – ‘reassurance training’ – all ‘regularly scheduled,’ of course.

Such endeavours could entail greater NATO participation in the Anatolian Eagle aerial combat exercises (held two to three times a year), a special forces exercise near the Iraq-Turkey border, and perhaps even the deployment of intelligence assets, such as UAVs, to southern Anatolia. The UK, Italy and Germany can contribute to such an endeavour as their long-range UAVs are without a mission following their withdrawal from Afghanistan. Such demonstrations of commitment and resolve will bolster perceptions of the credibility of NATO’s commitment to Turkey, even if that entails problematic involvement in the turbulent Middle East. Given NATO’s extensive aerial deployments and military exercises in response to events in Ukraine, the aforementioned actions are the least NATO could do.

Of course, Turkey may seek to demonstrate to foreign and domestic audiences that it is a regional power capable of independently securing its borders, but a more unified NATO demonstration of commitment to Turkey will go a long way in bolstering Alliance credibility. To date, however, the record is not particularly impressive. For example, the Anatolian Eagle aerial exercises rarely involve NATO states other than Italy and the United States – despite the fact that many NATO states can participate (given that they have air forces). A more robust NATO presence at the next Anatolian Eagle exercise provides the additional benefit of signalling NATO’s resolve to Russia.

As described, NATO member states are taking actions within and without NATO’s official framework. Canada, however, has been remarkably silent. In many respects, this is not entirely surprising. Unlike the UK, for example, Canada was not involved in the Iraq War (2003-2011) and consequently lacks deep interest in Iraq. Ottawa’s lack of interest is demonstrated in the fact that Canada has a single embassy for Iraq and Jordan. Canada’s representation in Baghdad is managed by a chargé d’affaires who has now been withdrawn. Moreover, Foreign Minister John Baird recently addressed Parliament and informed members that “military effort …. is not something we are considering.”

Ottawa’s current conception of a Middle East policy is dominated by Israel, Iran, and bolstering Canada’s trade with the region. Of course, it is the ruling government’s prerogative to address foreign policy concerns. That said, Turkey is part of NATO and that makes a response to the Iraq crisis not some foreign policy adventurism in the Middle East, but a demonstration of commitment to NATO and Turkey. Given that Ottawa has been extremely vocal in its denunciation of Russia over the Ukraine crisis and given Ottawa’s deployment of fighter aircraft to Romania, it would be prudent for Ottawa to raise the rhetoric and actions in response to developments in Iraq and demonstrates that its conception of a NATO policy doesn’t stop at the western shore of the Bosphorus.

Mosul Operation: ‘We are Coming, Nineveh’

Who is contributing to what in the Mosul offensive? Sha Lalapet explores the various aspects to the offensive via an infographic.

Is Education NATO’s Next Battle?

Zahra Sachedina examines NATO’s take on education and if it is one of the vital steps to promoting peace and security.

The Security-Development Nexus: The Prison of Old Concepts (part 2/3)

Emily Robinson explains intervening states and organizations such as NATO or the UN have to strike a balance during interventions in the global South.