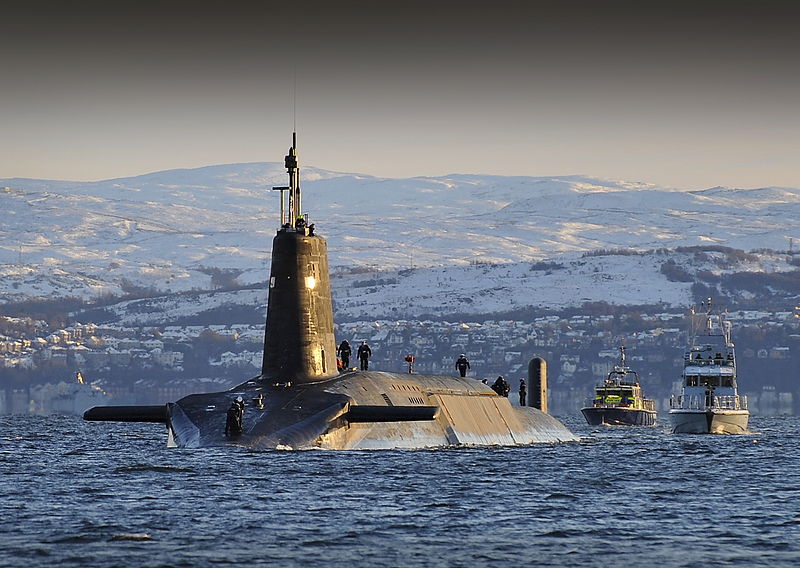 Following its exit from the European Union and the swearing in of its new prime minister, Theresa May, the United Kingdom parliament met on July 18, 2016 to discuss the country’s defence priorities and nuclear deterrence. Among the discussions was May’s proposal to renew a nuclear deterrence initiative Trident.

After a heated five-hour long deliberation, 355 members of Parliament voted in favour of renewing the Trident program, one of the UK’s longstanding deterrence and maritime strategies. The program, which costs 40 billion pounds, cements the fact that Britain lives in post Brexit, as it now must take charge of its own border security and patrol without aid from the EU.

Since 1969, submarines equipped with nuclear missiles have stealthily patrolled the oceans to deter a pre-emptive nuclear missile strike from a hostile party. Should the UK be attacked, the submarine would have the capacity to inflict immense damage on the attacker, thereby discouraging first-strike aggression by use of a deterrence strategy known as mutually assured destruction.

In the 1980s, the Thatcher government decided to replace its outdated Polaris submarine missiles with Trident missiles, a type of submarine-launched ballistic missile that is fitted with a thermonuclear warhead and is launched from nuclear-powered ballistic missile submarines. The Trident missiles were originally developed by Lockheed Martin and today are carried by over fourteen US Navy and Royal Navy submarines.

In her speech in the House of Commons, May explained it would be a ‘dereliction of duty’ to give up the nuclear deterrent. She further added that she is “not prepared to settle for something that does not do the job.” Despite the 40 billion pound investment the project requires, May remains adamant that “no credible deterrent is cheap.”

Despite consensus, the decision was strongly opposed by the Scottish National Party (SNP), the Liberal Democrats, and Jeremy Corbyn, the leader of the Labour party, while the Conservatives seemed hopeful that a renewed commitment to strong deterrence would help them regain stronger footing after their controversial decision to vote to leave the EU.

Pork barrel politics overwhelmed the scene in the House as George Kerevan, member of Parliament for the SNP, interrupted May’s opening statement by asking the House: “Is she personally prepared to authorize a nuclear strike that can kill a hundred thousand innocent men, women and children?” May countered saying, “Yes. And I have to say to the honourable gentleman the whole point of a deterrent is that our enemies need to know that we would be prepared to use it, unlike some suggestions that we could have a deterrent but not actually be willing to use it, which seem to come from the Labour party frontbench.”