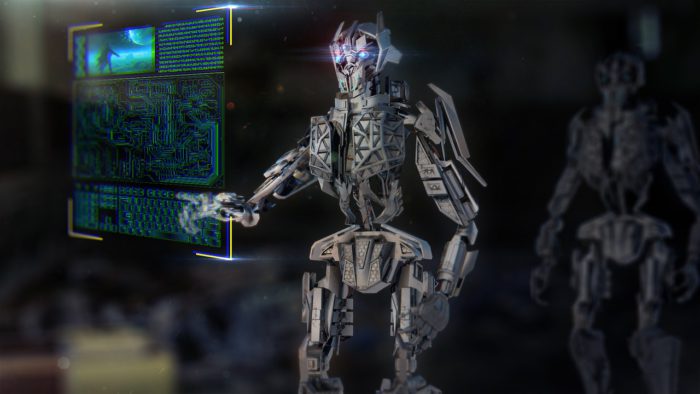 In 2017, in front an audience of students, Russian President Vladimir Putin spoke about the revolutionary implications of Artificial Intelligence (AI). He argued that “Whoever becomes the leader in AI will be the leader of the world”.

Indeed, AI will generate significant productivity and economic gains across a wide range of industries, leading to double-digit growth rates. According to a 2017 PwC report, AI might add $15.7 trillion to the world economy by 2030, including $6.6 trillion from increased productivity and $9.1 trillion from greater consumption. In consequence, a country leading in AI will not only maintain its economic position on the world stage but can improve it.

In the context of this AI revolution, according to a 2017 study from the Wuzhen Institute, Canada stands as the 5th global AI hub following the US, China, Britain, and India, with 228 organizations focused on AI such as academic institutes, startups and multinational tech firms. Global tech players working on AI in Canada include Google, Facebook, Microsoft, IBM, and Samsung among others. The bulk of Canadian AI activity is concentrated in three superclusters: Montreal, Edmonton and the Toronto-Waterloo corridor. Canada is known among tech circles as the birthplace of the latest AI innovation breakthroughs called Machine Learning (ML) and most notably Deep Learning (DL) originating from Toronto and Montreal, as well as Reinforcement Learning (RL) coming from Edmonton.

ML is an AI method where a computer is trained on large amounts of data to identify and act according to patterns. This training process is only possible with high-performance computing hardware (or compute) able to crunch the massive quantity of input data. DL is a variant of ML using a neural network like a human brain able to train with an even larger amount of data to identify and act according to more nuanced patterns. This method was pioneered by Geoffrey Hinton and Yan Le Cun from University of Toronto and Yoshua Bengio from Université de Montréal. As for RL, it is another subset of ML where a machine is trained through environmental feedback thus enabling the computer to define patterns by identifying which actions are helpful or harmful in reaching a goal. This approach was conceived by Richard Sutton from the University of Alberta.

The fact that Canada possesses a first-mover advantage in ML today is the result of early and sustained public funding in fundamental AI research since the 1980s. Back then when AI was experiencing a period of worldwide neglect due to technological limitations and scarce resources, Canada decided to support academic research in the field knowing full well the potential impact of this technology. It was during this AI winter that the aforementioned Canadian scientists theorized DL and RL. However, there wasn’t enough data and compute to apply those concepts. It was only in the early 2010s that technology caught up and provided those researchers with sufficiently large datasets and enough data-crunching power enabling them to prove their theories correct.

Once Canada became the hotspot of the most recent AI innovation breakthroughs, the country faced a brain drain of its AI pioneering talents, targeted by global tech firms eager to harness the AI revolution and retain their dominant market share. Indeed, while Canada lacks large and relevant datasets, Big Tech in the US owns a massive amount of data indispensable to training ML algorithms. Moreover, the great wealth of American Tech giants enables them to own high-performance compute to crunch the said data and attract top AI talents with six-figure salaries. Consequently, the attractiveness of US Big tech enticed Geoffrey Hinton to go work for Google while Yan Le Cun was recruited by Facebook.

To prevent its top minds from leaving the country, Ottawa and the provinces devised a strategy aimed at consolidating Canada’s position as an AI R/D powerhouse with the ultimate objective of becoming a fully-fledged global AI industry leader featuring the entire industrial value-chain ranging from indigenous R/D to the large-scale production of Canadian-made AI products. Therefore, this strategy entails developing local startups that would scale up to become world-leading companies competing with the incumbent tech giants.

As implied throughout this article, three key resources are required to develop a competitive AI industry revolving around ML. The first is data which constitutes the fuel for ML algorithms in learning to act according to patterns. The second key resource required is compute meant to process the large amounts of data. Finally, the third pre-requisite is a talent pool capable of conducting AI R/D. As such, Canada already possesses the grey matter and aims to expand its already renowned AI talent pool to attract the other two resources by enticing local and foreign organizations to provide large datasets as well as private investors to purchase compute.

To do so, the Canadian authorities’ game is a two-pronged approach consisting in increased public funding to expand the local AI talent pool on one hand and supporting Canadian AI R/D on the other by purchasing computing hardware to program ML algorithms. It’s important to bear in mind that those two objectives are related. Indeed, within the growing AI talent pool, while some of the new AI professionals will be integrating the labor market to aid organizations in adopting and running commercialized AI solutions, other AI experts will focus on conducting government-financed AI R/D thanks to grants. Concretely, these specialists will have one foot in academic institutes to conduct fundamental AI research spawning new innovation breakthroughs; and another foot in startups to undertake applied research stemming from those innovation breakthroughs, therefore generating incremental innovations and leading to the creation of finished AI products.

Of note, these AI academic institutes focusing on fundamental research include Université de Montréal’s Montreal Institute for Learning Algorithms (MILA) headed by Yoshua Bengio, the Vector Institute under Geoffrey Hinton affiliated with University of Toronto and the Alberta Machine Intelligence Institute (AMII) linked to the University of Alberta with Richard Sutton.

In addition to providing grants to fund AI incremental innovation at startups, the federal and provincial authorities funnel money to incubators and accelerators that help entrepreneurs develop their ideas into successful companies.  Of note, thanks to sustained financial support from the Canadian government, the MaRS incubator/accelerator in Toronto is the largest organization of its kind in North America.

Overall, this twofold government strategy is meant to attract local and foreign companies that will support the fundamental research in academic institutes and the applied research in startups with proprietary data to train ML algorithms. This action plan will also entice private investors able to provide complementary funding aimed at securing computing hardware to crunch the training data of ML algorithms. Thanks to this public/private financial support to purchase compute and the willingness of organizations to provide data, it’s hoped that the local AI talent pool would be encouraged to remain in Canada to further its lead in AI fundamental research and found startups able to offer promising AI solutions therefore enabling them to scale and compete with Big Tech.

Nonetheless, with regards to applied AI research, early government funding isn’t enough to encourage organizations to pledge proprietary data to train ML algorithms. And it’s certainly insufficient to entice private investors to provide complementary funding to help AI startups obtain computing hardware. Tech founders must also have a sound business plan where they identify market segments where they have a shot against Big Tech. Only then can they attract VC funding and proprietary data for their AI startups. After exposing the government’s AI strategy, the subsequent article will focus on the Canadian Tech industry’s game plan to entice organizations to lend data in addition to private investors willing to provide complementary funding to help startups secure computing hardware to crunch the said data.