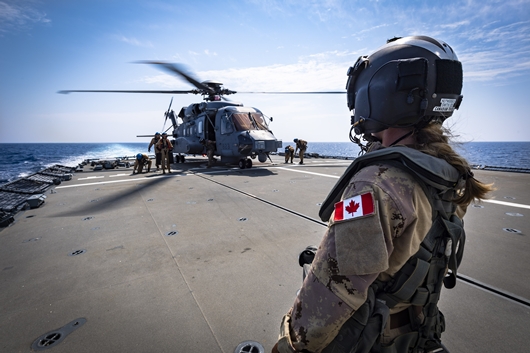 Peacekeeping missions have been a source of immense pride for Canadians since the country took on its first major role in an international emergency during the 1956 Suez Canal Crisis. Prior to this event, Canada was viewed as largely insignificant in matters of international security by the world’s traditional powers. The successful coordination and deployment of about 1,000 personnel during the Crisis resulted in de-escalation of the conflict and gave Canada credibility as one of the world’s leading peacekeeping nations. To date, Canada has been a part of every major peacekeeping operation, with peacekeepers holding a distinguished place in the armed forces.

In Prime Minister Justin Trudeau’s recent bid for Canada to occupy a seat on the United Nations Security Council, he has touted the government’s commitment to recruiting more female peacekeepers. It has since been revealed that in late 2018, Canada nearly lost its place in the South Sudan mission – a critical international effort – due to the military’s inability to consistently deploy enough women to meet guidelines. Canada’s continued participation was only allowed after officials assured the U.N. that the Department of National Defence was developing a better rotation system that would see the requisite number of women deployed.

There are a host of reasons the Canadian military is having trouble recruiting females in general, let alone those who have the right skill sets to be deployed on these difficult missions. In 2015, retired Supreme Court justice Marie Deschamps released a series of damaging reports that uncovered a highly sexualized culture in the armed forces where harassment and misconduct were often ignored or covered up. Many, including Deschamps, have said that little progress has been made in making military careers a more welcoming choice for women. Additionally, given their limited numbers, women already serving in the Forces face intense pressure, having to be deployed more often overseas which can impact both their personal lives and professional trajectories.

Gender diversity amongst Canadian peacekeepers and more broadly, the Canadian military, is critical to ensuring successful missions on a number of different levels. Attracting more women broadens the range, experience and number of potential people to draw from, enabling the military to choose the best recruits – regardless of gender. Having a more diverse armed forces reflects the complexities of today’s operational conflict zones, where 20th century trench warfare no longer exists. Instead, small battles are fought in highly populated areas. With this, peacekeeper and military roles have shifted, with members participating in combat while also undertaking relationship-building roles in the community, contributing to more long-term stabilization efforts. Modern conflict zones reflect situations where having women and men with many different skills – from conducting combat operations, to working in a diplomatic capacity and providing humanitarian support – makes success more likely. According to the U.N., the increased recruitment of women for peacekeeping and military roles is critical for empowering females in the host community, interviewing survivors of gender-based violence and interacting with women in societies where they are prohibited from speaking to men. The presence of deployed females can also provide a greater sense of security to local populations.

The goal of having women fill 25 percent of the country’s military ranks by 2026 will have to be achieved without compromising the self-worth of individual soldiers or the effectiveness of the establishment as a whole. With the identification of a toxic culture in the Canadian military coming to light in 2015, actionably changing this perception should be the highest priority of the military. Strategy documents that have been obtained discussing increasing female recruitment have recommended making skirts issued to female soldiers shorter and slimmer and updating the dress shoes. While style modernizations could certainly be made, and might even help in the short term, longer, more effectual strategies should be created, implemented and reinforced that make military careers more agreeable to Canadian women.

While acknowledging that keeping physical standards in place is necessary, there can still be a culture, starting from the top down, that encourages and promotes talented individuals in various roles, no matter their gender. Highlighting the successes of current women in the military, female mentorship programs, access to enhanced child care benefits and a more transparent process for handling sexual harassment and assault reports can all be part of the strategy that works towards recruiting more women – something that not only benefits Canadians but will also help people around the world where Canadian personnel are serving.