The delicate situation in Burma (officially Myanmar), where the military junta has attempted to instate major reforms, has been complicated by the spectre of US-Chinese rivalry. Over the past year, as the Obama administration has voiced its intention for a higher security profile in East and Southeast Asia, fears of a “Cold War” rivalry has emerged in international political discourse. China has increasingly accused the US of “trying to get involved in a number of regional maritime disputes, some of which concern China’s sovereignty and territorial integrity”. This is in light of American support for the Philippines in a dispute over the Scarborough Shoals and expanded military partnerships with Manila as well as with Australia, Vietnam, and Indonesia. This is not to mention continued alliances with Japan and South Korea. Where does a reforming Burma fit in this quasi-Cold War situation and Chinese fears of encirclement?

Facing major challenges, including democratic reform and much-needed economic development, Burma’s road to modernity is not only an issue unto itself, for it possesses significant geopolitical implications as well. In light of emerging competition for influence in Asia, Burma will be at the centre of the American-Chinese rivalry in the region for a variety of reasons. Burma is rich in energy resources and in minerals and metals. It has a long coast along the Bay of Bengal and the Andaman Sea, which provides access to Indian Ocean trade, especially for importing Middle East oil. Furthermore, Burma shares a 2,192 km border with China, which makes it an important element of Chinese border security. This concern is highlighted by China’s fear of ethnic conflict in Burma’s Kachin and Shan states spilling over into the ethnically diverse and impoverished Yunnan province in southwest China. 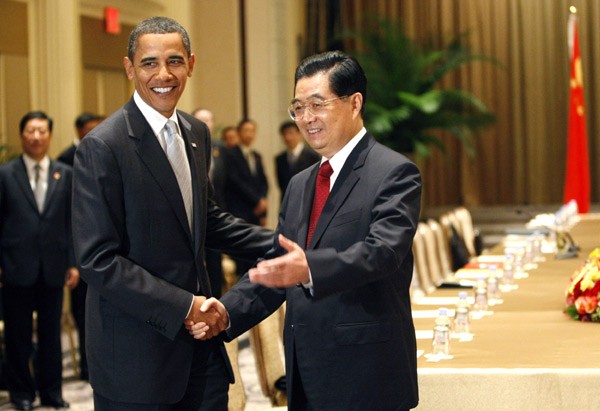 Burma will be significant in the strategic competition between the US and China.

Despite the high stakes, Burma will probably not become a front for a Cold War-like proxy struggle between the US and China in the short-run as the nature of American-Chinese regional competition is not yet clear. More importantly, China holds the advantage due to its proximity to Burma, giving Beijing a head start. China’s share of FDI in Burma is 35% and it has long been Burma’s sole ally during its age of isolation. Moreover, it will take time for American engagement in Burma to grow. After two decades of American sanctions, many political and economic reforms will have to be successfully pursued before Congress would lift the restrictions to allow a full alliance with Burma – all in spite of the Obama administration’s desire to move forward quickly. Defence Secretary Leon Panetta’s openness to U.S.-Burma military ties exhibits the administration’s desire for quick normalisation for strategic reasons.

Chinese hegemony will likely continue but recent events have shed light on cracks in the bilateral relationship. In response to public outrage over the $3.6 billion construction of a dam by China on the Irrawaddy River at Myitsone, the Burmese government cancelled the project in September 2011 much to China’s anger. To a large extent, this reflects the antipathy of many Burmese to China’s exploitative attitude, and towards Burma’s Chinese minority. Above all, it reflects President Thein Sein’s strategy of steering clear of regional rivalries, aiming for a ‘win-win situation’ of boosting foreign investment for development. China’s competitors for lucrative contracts in Burma include Thailand, Malaysia, South Korea and India. In particular, China and India see each other as significant rivals in Burma due to its geostrategic position between the two countries, whereby each can use Burma as a front against the other. It now seems as if China is winning this race as it is rumoured to be building naval and intelligence facilities in Burma. With a visit in May by Prime Minister Manmohan Singh, India is attempting to halt this trend and build close political and economic with ties. But, as the U.S. enters the scene, India fears its position in Burma will be outcompeted and negligible as the U.S. becomes China’s main contender.

The Sino-Burmese pipeline, which will connect the Burmese coast to Yunnan province in China, is crucial for Chinese energy needs.

Speculation over Burma’s international relations is undoubtedly important. Nevertheless, the agency of the Burmese people should not be ignored. At present, disputes such as cancellation of the Irrawaddy dam are miniscule. China’s main project is constructing network of oil pipelines that will stretch from the Bay of Bengal to Kunming in Yunnan province, with the goal being the transformation of Burmese ports into a substitute for the Straits of Malacca to fuel Chinese growth. Almost all oil imported into China passes through these straits and the South China Sea, thus Beijing fears that US regional influence will deny Chinese access these waters, which would be fatal for Chinese economic interests.

Currently, there is a convergence between Chinese and Burmese economic interests. In fact, it can be said that all forms of international economic intervention is Burma is welcome given its extremely low level of development. For now, what matters is provision – the ability of foreign investment to raise Burmese standards of living from extremely low levels. As one Burmese teacher said, ‘‘I am just happy and excited to have a nice new school to teach in’’ regarding the socioeconomic development that China National Petroleum brought to the Northeast of the country. In addition, on 19 June 2012, President Thein Sein stated that by 2015/2016, the Burmese government aims to triple GDP per capita from the current levels. In the future, however, the question becomes how much the Burmese themselves will benefit from foreign investment in the long run. It would be unacceptable to the populace if their country becomes the target of international resource extraction for Chinese or American businesses. The Irrawaddy dam was the first manifestation of such sentiments. Therefore, it will only be a matter of time when economic development must be reconciled with the question of national identity. Only then will Burma’s international position, whether it will align with the US, China, or another international actor, be resolved.

Aung San Suu Kyi’s European tour this month represents a step forward for the projection of Burmese identity in the international realm but immense problems still remain. Not only are the reforms extremely pertienent and dependent on the ruling junta’s willingness but Burma will continue to be a failed state for other domestic reasons as well. The regime must resolve sectarian conflict among ethnic minority groups, comprising 40% of the populace, who feel no sense of national identity with the majority Burmese population. The recent bout of sectarian violence between Muslims and Buddhists in Rakhine state this week is a prime example. In order for Burma to set its international course, it must first deal with internal concerns, including solving the current crisis of national identity.

Counterinsurgency strategy has been pivotal in American military culture since its development during the Vietnam War.

“Use it or lose it”: Little Difference Between Canadian and Russian Arctic Policy

John Pollock discusses Xi Jinping’s anti-corruption drive and the role it is playing in removing former President Jiang Zemin’s influence within the Communist Party ahead of China’s transition of power 2022.